Prime Minister Liz Truss has been warned that NATO involvement in the invasion of Ukraine has made London vulnerable to nuclear attack. Olga Skabeyeva declared Western nations would only be able to defeat Russia using nuclear weapons, which would create global destruction on an unprecedented scale. The Russian political commentator has become a recognisable face in the constant flood of pro-war propaganda orchestrated by Kremlin-controlled media channels. In her latest threat against the UK, Ms Skabeyeva warned nuclear war could easily become a “reality” if the West continued to provide military assistance to Ukraine.

During a broadcast on state-controlled television channel Russia One, Ms Skabeyeva asked: “What do they want? They want a victory over Russia. Victory over Russia is impossible without a nuclear explosion.”

The Russian political pundit continued: “It is out of the question because we will not allow the destruction of our country.

“If you try to destroy us, you will be destroyed along with us.

“What are our next steps? [Striking] the decision-making centres – in Kyiv, London, Washington.”

She added: “Unless [the West] stop, this will become a reality.” 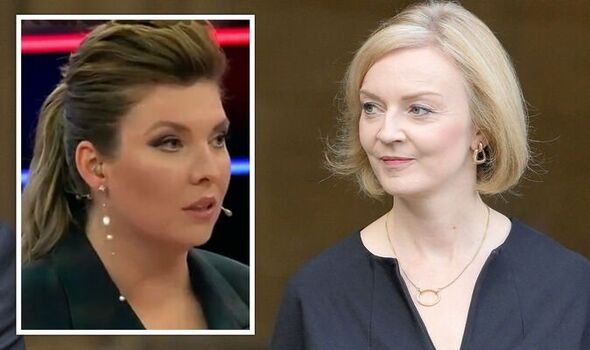 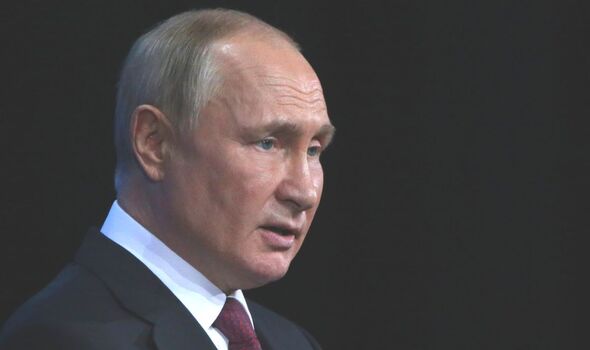 The Russian media host continued on to boast of Moscow’s nuclear strength, claiming the Kremlin never desired war but has been forced into the conflict under the threat of NATO.

“What is the goal of the collective West? To achieve the victory of Ukraine and the defeat of Russia. As long as we have nukes, and the Russian Federation does have nukes, its defeat is impossible.

“If you push us into a corner, everyone will be destroyed. Is that what they’re trying to achieve?

“Putin said so clearly: ‘We are not threatening, we don’t want war. We are the first in line to stop it – and we don’t want a nuclear winter or a nuclear war.’ But, if you claim that we will be destroyed, we will have to destroy you. There are no other options.” 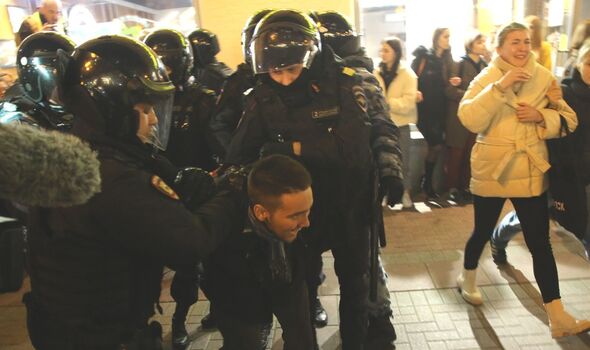 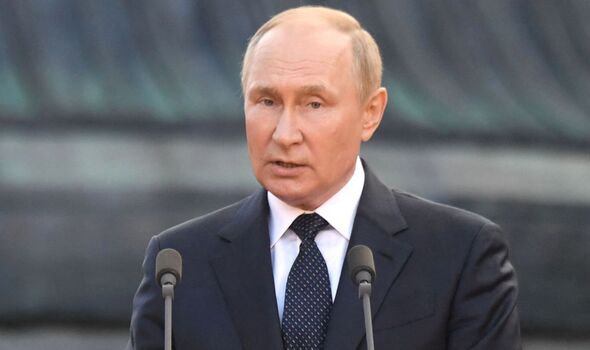 Ms Skabeyeva expressed her hopes that some “sensible people”, presumably a selection of Western leaders, would recognise the danger and stop the global interference in Russia’s “special military operation”.

Vladimir Putin reiterated the threat of nuclear war in a national address this week after the Russian leader also declared the partial mobilisation of reserve forces to aid in the conflict.

President Putin said: “In the event of a threat to the territorial integrity of our country and to defend Russia and our people, we will certainly make use of all weapon systems available to us. This is not a bluff.”

The Kremlin accused NATO of “nuclear blackmail” and suggested Western powers had encouraged the shelling of the Zaporizhzia nuclear power plant in Russian-occupied southeastern Ukraine. 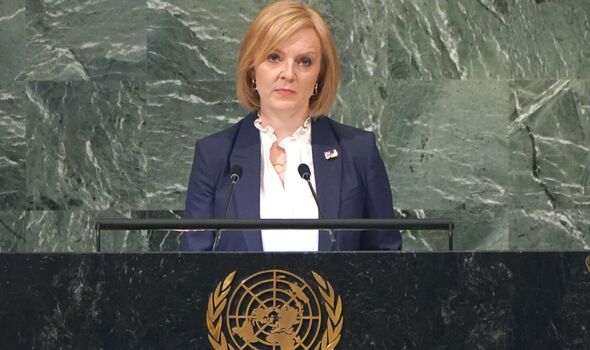 She described the speech given by President Putin as a “sabre-rattling threat” that was filled with “bogus claims” about the conflict.

In the face of Putin’s nuclear threat, Ms Truss asserted the UK would continue supporting Ukraine and urged her fellow Western leaders to follow suit.

The Prime Minister said: “At this crucial moment in the conflict, I pledge that we will sustain or increase our military support to Ukraine for as long as it takes.”

She added: “We will not rest until Ukraine prevails.”