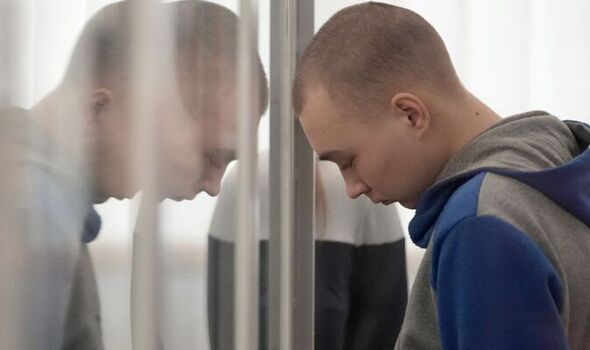 Sergeant Shyshimarin, 21, could get life in prison for shooting a 62-year-old unarmed civilian in the head through an open car window in the north-eastern village of Chupakhivka on February 28. Last week’s trial was the first Ukraine conducted for an act that could be considered a war crime since Moscow launched its full-scale invasion on February 24. The office of Ukrainian Prosecutor-General Iryna Venediktova says it has received reports of more than 10,000 alleged war crimes, with 622 suspects identified.

According to prosecutors, Shyshimarin had admitted to Ukrainian investigators he had pulled trigger of the Kalashnikov rifle that killed the man, Oleksandar Shelipov.

He told investigators in a videotaped statement he and four other Russian servicemen had stolen a car at gunpoint and were fleeing from Ukrainian forces when they spotted Mr Shelipov on a bike, talking on the phone. One within the group, the sergeant said, ordered him to kill the man to prevent him from reporting them to the Ukrainian army.

Taliban deal would see US troops 'withdraw from five bases'