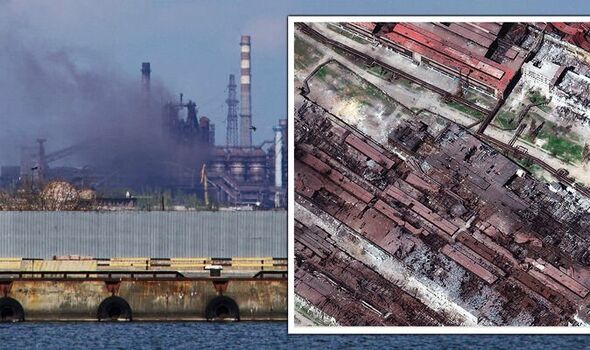 Deputy Commander of the Azov regiment, Sviatoslav Palamar, confirmed the attack had been launched on Tuesday. According to Mr Palamar, the ground assault was launched shortly after a Russian orc aircraft bombed the plant. He said: “Defenders of Mariupol, who are at Azovstal, are urging the Supreme Commander-in-Chief to intervene.”

The fresh assault comes after Russian forces fired rockets at the besieged steelworks, where 200 civilians remain trapped despite evacuation efforts.

Shelling was also reportedly carried out on Monday.

The attack followed a UN-brokered ceasefire around the complex that allowed several groups of civilians to escape Mariupol’s last holdout of Ukrainian fighters in recent days.

In a statement, the Ukrainian military said: “We call for the urgent introduction of a ceasefire and the continued evacuation of citizens to safe areas controlled by Ukraine!”

Washington state homeowner fights back against man who used shovel to break into residence: report