A large python pounced and strangled a Thai monkey as dozens of the small primates darted around the snake in what appears to be a futile effort to save their friend.

The python can be seen in a video strangling one of the wild monkeys alongside a mountain path in Prachuab Khiri Khan, southern Thailand.

It coils around the monkey which at first flails in the area but quickly succumbs to the lack of oxygen as the python squeezes tighter. 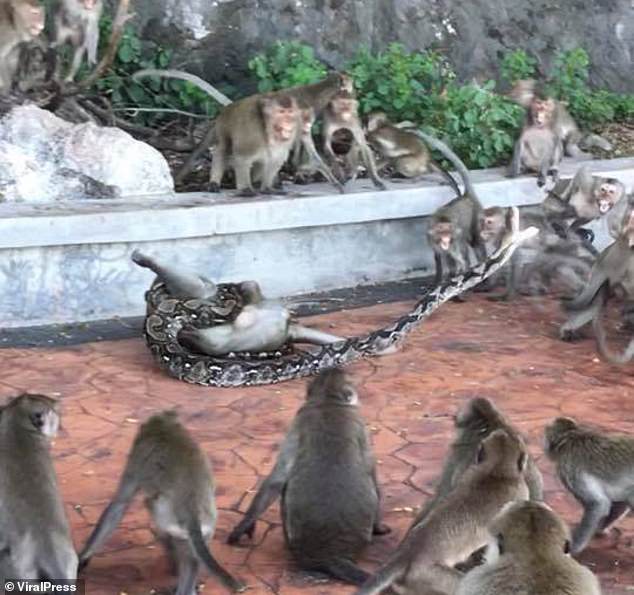 The footage captured last Thursday shows while the trapped monkey attempts to get free, dozens of its fellow monkeys are also darting around trying to help.

But each time they get close the python is seen to rear up, bare its fangs and send the terrified monkeys running.

One monkey eventually gets close and can be seen tugging at the now limp tail of the trapped primate.

An elderly local man also tried to intervene by hitting the snake with a stick without success. 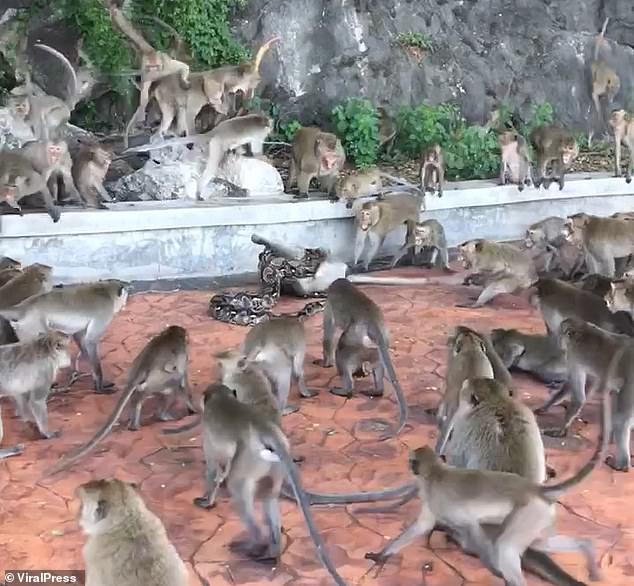 Onlooker Supattra Pranimit was having a day-trip to the area when she noticed the large group of monkeys.

The tourist said she felt sorry for the monkey which was clearly dead when the python finally released its grip and slithered away.

‘It was touching to see monkeys help his friend from dying but I felt so sorry for them, because they could not have saved their friend,’ she said.

‘The python killed the monkey then left. I don’t think the area was quiet enough for him to try and eat it.’ 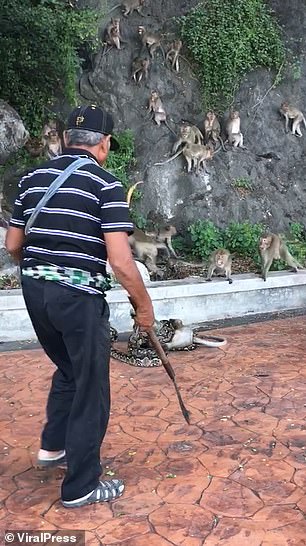 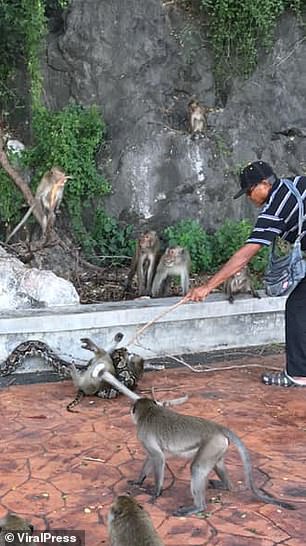 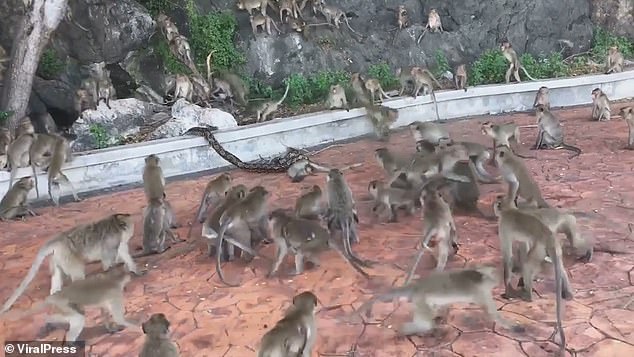 It is not clear what kind of python this was, but according to the Thai National Parks website, there are three types of the reptile that are endemic to the Asian nation.

These are; the reticulated python, the Burmese python and the Brongersma’s short-tailed python.

The reticulated python ( scientific name Python reticulatus) is a species of python that is commonly found in Southeast Asia.

They are said to be the world’s longest snake and among the top three heaviest snake in the world.

Like all pythons the reticulated python is a non-venomous constrictor and is not thought to pose a significant threat to humans. 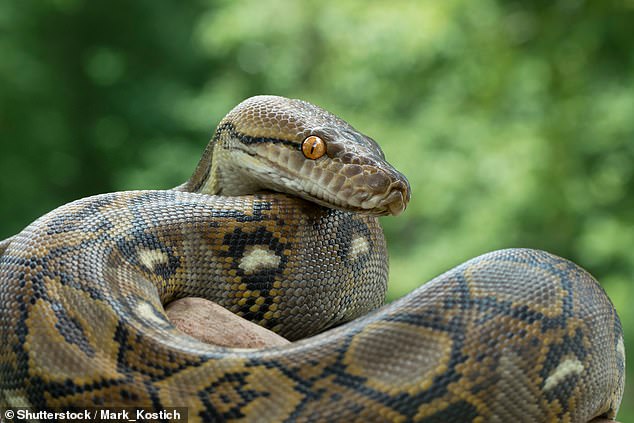 However, there have been a number of cases of people killed by reticulated pythons in the past, said the Thai National Parks in its description of the reptile.

The second species endemic to Thailand, known as the Burmese python (Python bivittatus) is one of the five largest species of snakes in the world.

This type of python, commonly found near water, but also in trees, are known to reach up to 18ft in length.

A largely docile species they are powerful reptiles that can bite or even kill with its sheer constrictive force.

The third species, a Python brongersmai, commonly known as Brongersma’s short-tailed python is the smaller of the three.

The non-venomous snake endemic can grow up to 3.2 feet and is most active around dusk and dawn. 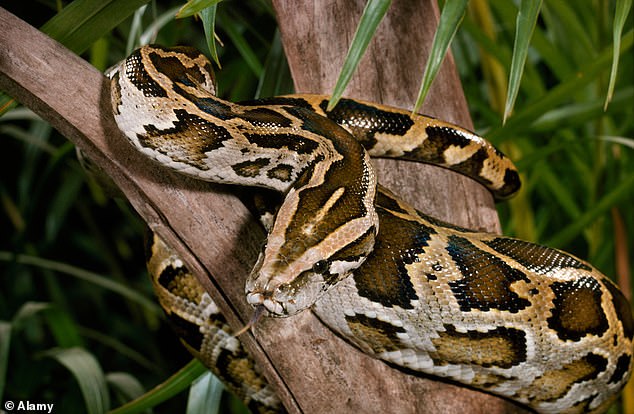 The Burmese python (Python bivittatus) is one of the five largest species of snakes in the world.