Qatar’s foreign minister says any solution to Gulf crisis must be based on principles of equality between GCC nations. 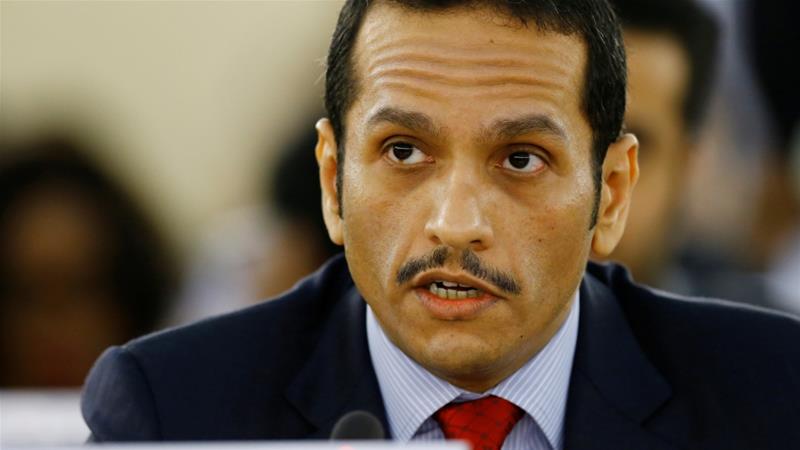 Qatar’s foreign minister has said that his country is willing to participate in a US-GCC summit next spring, provided that the blockading countries’ motivation is based on real will and not coercion.

Speaking at the American Enterprise Institute in Washington, DC, on Thursday, Sheikh Mohammed bin Abdulrahman Al Thani said that any solution to the dispute between the countries of the Gulf Cooperation Council (GCC) must be premised on the principles of equality between the nations of the region.

The GCC is a political and economic alliance of six countries in the Arabian Peninsula: Bahrain, Kuwait, Oman, Qatar, Saudi Arabia and the United Arab Emirates (UAE).

But since June 2017, Qatar has been at odds with Saudi Arabia, the UAE, and Egypt and Bahrain when the four countries cut off diplomatic relations with Qatar and imposed a land, sea and air blockade after accusing it of supporting “terrorism” and “extremism”.

Qatar has strongly denied the allegations.

The last US-GCC summit was held in May 2017, in the Saudi capital Riyadh, just before the crisis unfolded.

A recent report by the United Nations Commission on Human Rights (OHCHR) found that the actions carried out by the four countries were discriminatory, without legal basis, and amounting to “economic warfare”.

The OHCHR – whose members visited Qatar in November 2017 – conducted interviews with 20 government and non-governmental organisations, and 40 victims during their evaluation.

OHCHR representatives found that the blockade had a permanent effect on the union of families and the social fabric of the region as a whole.

Before the crisis, citizens of the GCC enjoyed a great deal of freedom of movement between the six member states, and close tribal ties, meaning that over generations, thousands of intermarriages have been celebrated between Qataris and other GCC citizens.

How to help your kids cope with Valentine’s Day anxiety