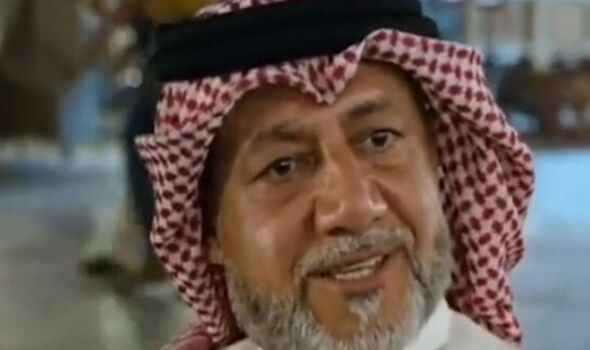 A Qatari World Cup ambassador caused outrage when he claimed homosexuality was “damage in the mind” and forbidden there during an interview with a German broadcaster.

Homosexual relationships are illegal in the tiny oil-rich Gulf State that is set to host more than a million visitors from around the world when the tournament starts on November 20.

LGBT+ people engaging in sexual relations while attending the flagship football event in Qatar could face up to three years in prison, heavy fines or even the death penalty under Sharia Law.

Khalid Salman told ZDF in an interview broadcast today that he expected anyone coming to his country to accept the rules.

Salman told a reporter: “They have to accept our rules here,” he said, in an excerpt of the interview that was released.

“(Homosexuality) is haram. You know what haram (forbidden) means?

Asked by the journalist if he thought gay is “haram” Salman replied: “I am not a strict Muslim but why is it haram? Because it is damage in the mind.”

Salman then turns to someone off-camera and waving hands can be seen on screen before the interview comes to a stop.

Qatar has come under increasing scrutiny in the run up to the World Cup with many Western observers questioning the country’s anti-LGBT+ laws and discrimination against women and human rights abuses against migrant workers.

The nation is the first Middle Eastern country to host the World Cup but the country’s human rights record has led to calls for teams and officials to boycott the tournament, which runs until December 18.