Queen Elizabeth II officially died of “old age,” according to her death certificate that was released by the National Records of Scotland on Sept. 29.

The 96-year-old monarch died at 3:10 p.m. on Sept. 8 in Scotland’s Balmoral Castle, with “old age” listed as the cause of death and “Her Majesty the Queen” listed as her occupation, according to the death certificate. 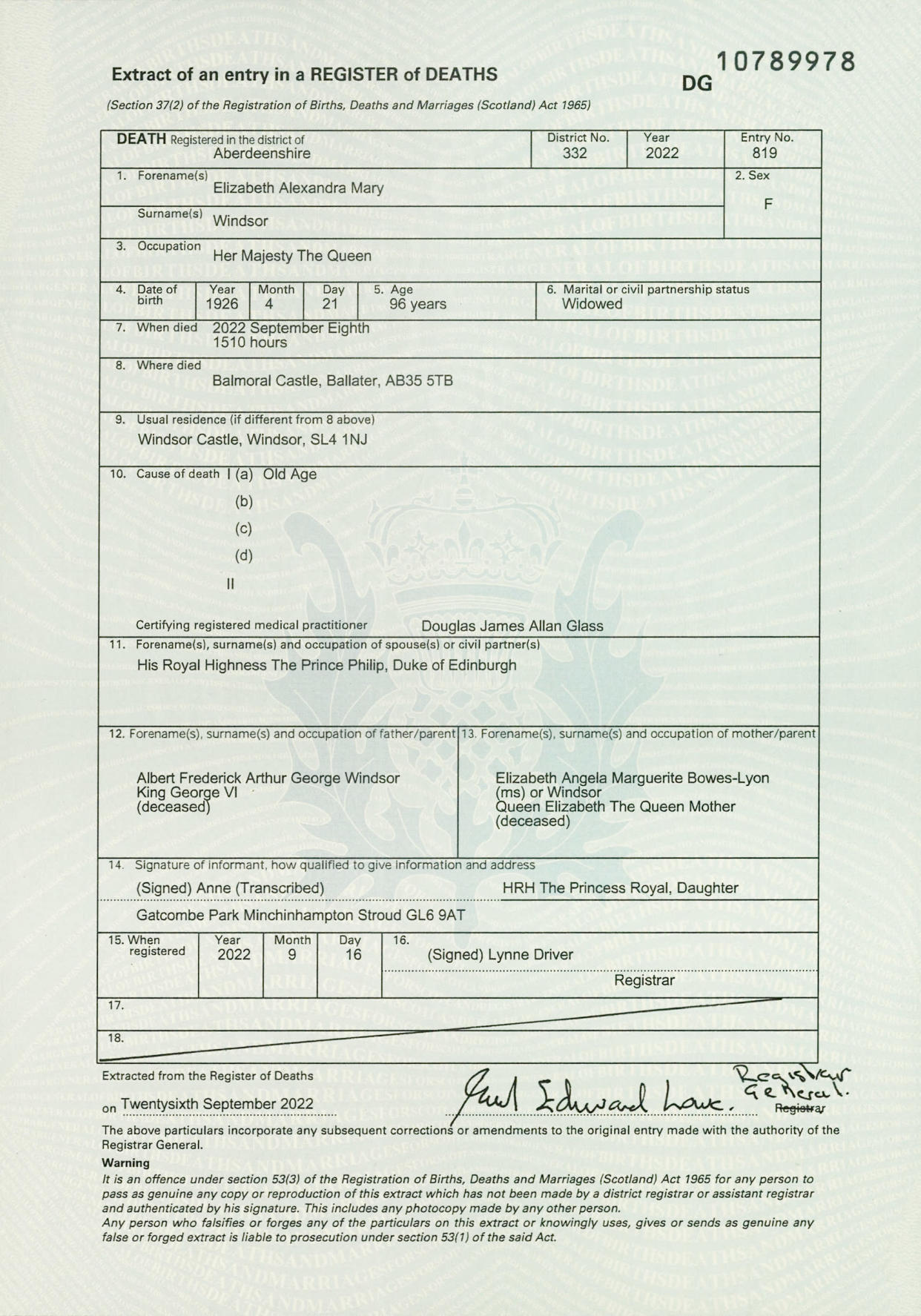 The queen’s parents, King George VI and Queen Elizabeth, are also listed along with the informant of her death: her daughter, Princess Anne.

The queen, whose 70-year reign was the longest of any monarch in British history, died hours after Buckingham Palace officials announced on Sept. 8 that she was under medical supervision.

Hundreds of thousands said their goodbyes to her in Scotland and London during a 10-day mourning period that culminated in her funeral service and burial on Sept. 19 at St. George’s Chapel in Windsor Castle.

This article was originally published on TODAY.com

Afghanistan's central bank was drained before Taliban took over