The Queen’s death certificate is released: Records reveal monarch died from ‘old age’ at 3.10pm on September 8 at Balmoral – with Princess Anne named as ‘informant’

The 96-year-old monarch died at Balmoral Castle on Thursday September 8 at 3.10pm – more than three hours before the public was informed.

The death certificate, released by National Records of Scotland, cites her as dying of ‘old age’. The informant of her death was the Princess Royal, Queen Elizabeth II’s daughter Princess Anne.

The time of death on the historic document, which gives the monarch’s occupation as ‘Her Majesty The Queen’, means that only King Charles and his only sister were by their mother’s side when she died in Aberdeenshire three weeks ago today.

Prince William, Prince Andrew, Prince Edward and his wife, Sophie Countess of Wessex, were in the air when the Queen passed away. They had been racing to Balmoral took off from RAF Northolt in South Ruislip, west London, at 2.39pm, landing an hour later.

Prince Harry was not on the plane with his brother and had to make his own journey to Scotland on a jet from Luton, after his grandmother had died. He landed landed in Aberdeen at 6.46pm, 16 minutes after the Palace made its announcement.

Douglas James Allan Glass is noted as the certifying registered medical practitioner. Dr Glass is a GP from the Highlands village of Aboyne, around 20 miles from Balmoral. 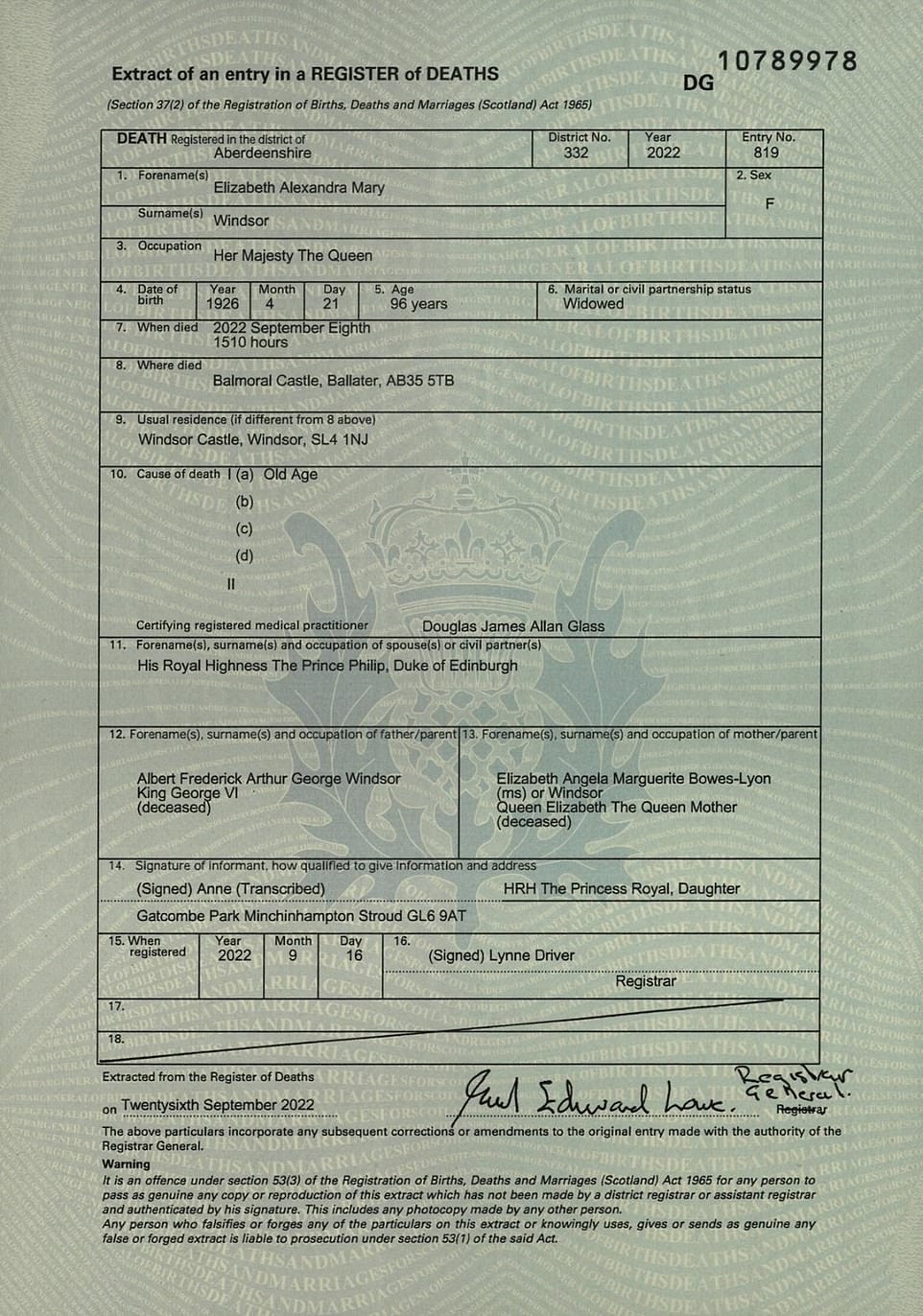 Revealed: The Queen’s death certificate has been released and says her cause of death was ‘old age’ 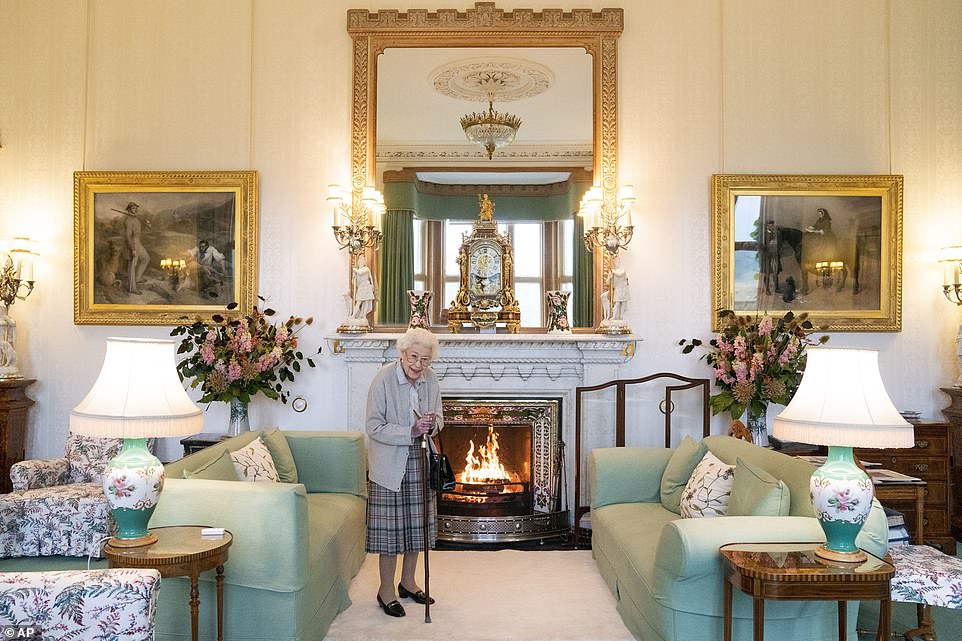 Old age was the only cause of death listed, with no other contributing factors. It was the same cause of death as on her husband Prince Philip’s death certificate.

Paul Lowe, the Registrar General for Scotland, confirmed that the Queen’s death was registered in Aberdeenshire on September 16 2022.

When paying tribute to her mother the Queen, the Princess Royal revealed she was with the head of state in her last moments.

Anne, who accompanied her mother’s coffin as it travelled from Balmoral to London, via Edinburgh, said: “I was fortunate to share the last 24 hours of my dearest mother’s life.”

The princess is named as the “informant” on the document and would have notified the local registrar of her mother’s death.

The Queen was laid to rest on September 19, following 70 years of service, after family, friends and the nation said a fond farewell to the late monarch.

For the woman who was never meant to be sovereign, the Queen fulfilled her pledge to serve nation and Commonwealth and came to earn the respect of many – from world leaders to the public.

Her grieving family walked behind her coffin throughout the long day of her funeral and burial, a simple but public tribute, and the emotion was clear to see on the face of King Charles III who travelled to Scotland soon afterwards where he has remained with his Queen Consort.