Hot wheels! Rally drivers leap out of their car after it bursts into FLAMES during a race in Argentina

Two rally drivers had to jump out of their car when a fire broke out in the back during a race in Argentina.

Ezequiel Castanon and his co-driver Julian Arzeno were competing in the ‘La Pepita’ stage of the Rally de Ranchos race in Buenos Aires when their vehicle suddenly caught fire.

Black smoke quickly filled the cockpit as the pair scrambled to free themselves from their seatbelts and abandon the flaming vehicle in the middle of the race.

In the video footage recorded by the interior cameras of Castanon’s car, the driver can be seen speeding down the course when a fire suddenly erupted in the back of his car. 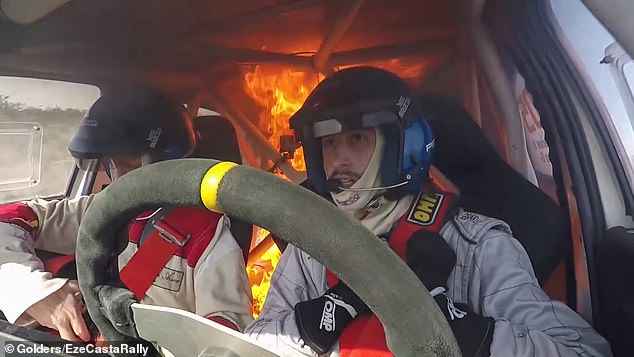 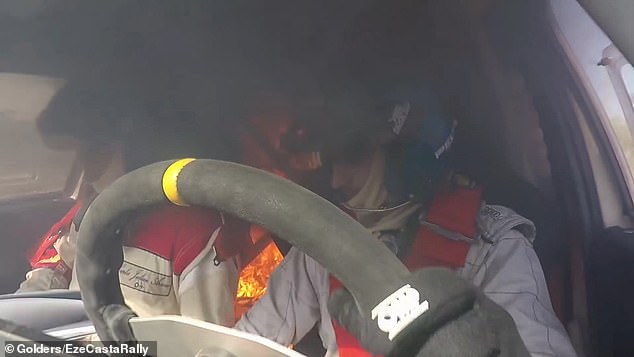 The flames went up behind the two drivers’ heads and the inside of the vehicle quickly filled with black smoke.

Castanon and the navigator immediately unfastened their seatbelts and slowly brought the car to a halt as it was engulfed in flames before they evacuated the burning vehicle.

A video taken from behind the drivers shows the flames engulfing the camera before a fire extinguisher could be heard being used in another shot.

Reports state neither driver was injured in the incident.

Driver Castanon praised firefighters and track staff who helped save their fire-damaged vehicle. 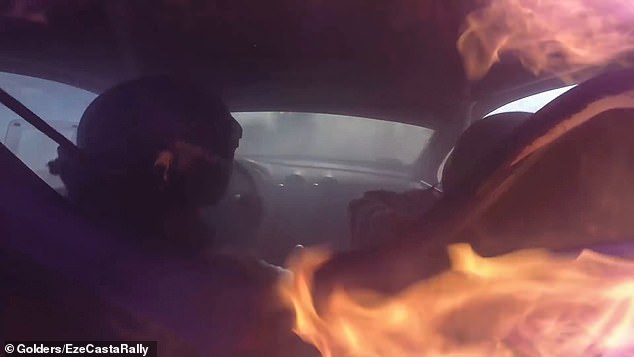 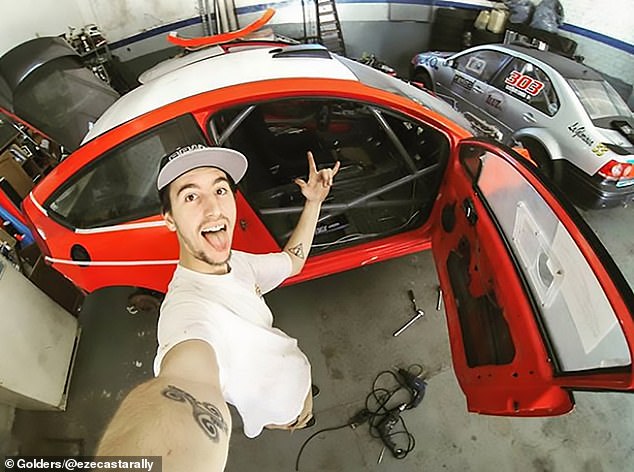 He posted pictured on social media showing the car in the team’s garage before the race as well as a still image showing the flames starting to spread.

He wrote on Instagram: ‘I want to thank the authorities of the La Pepita special event, above all the firefighter who was at the end of the track, as well as Sergio Centorame and my navigator @julianarzeno.

‘Without them the car wouldn’t have been saved.

‘Secondly I want this to be useful for drivers and navigators, how I drove in the dangerous situation, reaching the end of the stage knowing that there is always a firefighter there, I was lucky there was at the end.’ 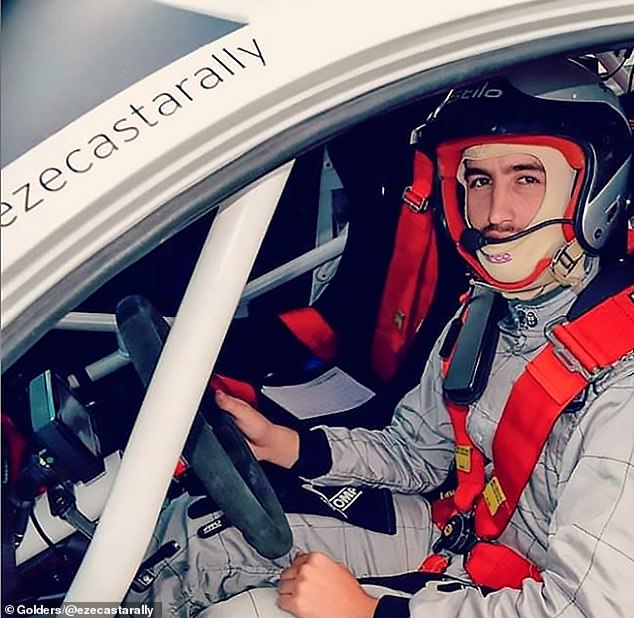