The real princess of Downton Abbey: Princess Mary will be character in new period drama movie that is set to make a star of her home Harewood House 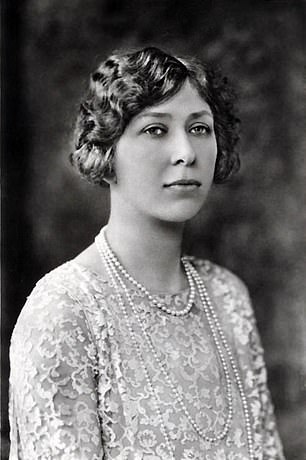 Princess Mary will be a character in the new Downton Abbey movie that will make a star of her home Harewood House.

The princess, daughter of George V and Queen Mary,  will be played by Kate Phillips in the feature-length adaptation written by the TV show’s creator Julian Fellowes.

Phillips, who starred in War and Peace, The Crown and as Jane Seymour in Wolf Hall, will play Princess Mary as she moves to the West Yorkshire mansion to marry the 6th Earl and be visited by her parents for a lavish ball.

Curators hope the new movie will bring on a ‘Downton effect,’ The Telegraph reported, which should bring many thousands to Harewood House.

The news comes as Princess Mary’s personal archive was revealed for the first time, including correspondence, diaries, clothing and personal effects, all handed to the National Trust. 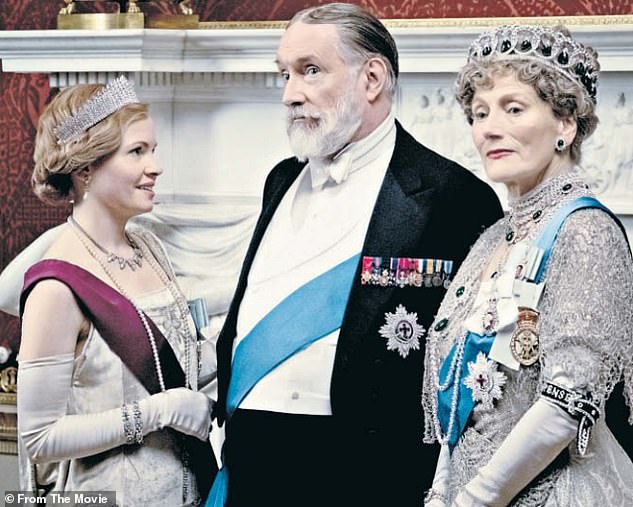 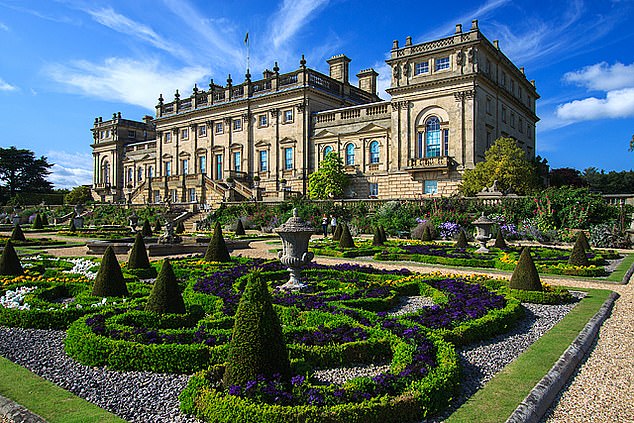 Harewood House was the residence of Princess Mary after her marriage to Viscount Lascelles, the 6th Earl of Harewood in 1922

Princess Mary was the third child and only daughter of King George V and Queen Mary, born at Sandringham in 1897 during Queen Victoria’s reign.

She was the fifth in line to the throne at the time of her birth.

Her brothers were Prince Edward (later Edward VIII who abdicated over his marriage to Wallis Simpson in 1936), Prince Albert (later King George VI) and Prince Henry (later Duke of Gloucester).

During WWI, Princess Mary threw herself into charitable work and worked as a nurse.

One of her project’s was Princess Mary’s Gift Fund which sent £100,000 worth of Christmas presents to soldiers and sailors in 1914.

In 1922, she married Viscount Lascelles, heir to Harewood House at Westminster Abbey, which attracted large crowds and was broadcast on Pathe News.

The Queen Mother was one of her bridesmaids and it was the first royal wedding to be covered in Vogue magazine.

She was controller commandant of the Auxiliary Territorial Service during WII and toured the country to visit wartime canteens and welfare facilities.

After the war she continued carrying out official work for the royal family, including the independence celebrations of Trinidad and Tobago in 1962 and of Zambia in 1964.

She died in 1965, at the age of 67, after suffering a heart attack while on a walk through Harewood with her eldest son Lord Harewood and his children.

Staff at Harewood hope the film, set in 1927, will renew Britain’s interest in Princess Mary, the paternal aunt of the Queen Elizabeth II.

Although she is the daughter and sister of monarchs, the avid jewellery collector has largely been neglected in the national memory.

Harewood House, a Grade I listed building, had originally been considered as the venue for Downton Abbey before Highclere Castle in Hampshire was chosen.

The 8th Earl told The Telegraph in a previous interview he had been nervous about opening up his home: ‘You can’t just let the prop guys move a piece of Chippendale furniture. You’ve got to have specialised people in and plan ahead.’

The filming of the movie required all 30 of the chiming clocks in the house to be stopped so as not interfere with microphones and curators helped to move antique furniture and priceless artworks.

Jane Marriott, director of the Harewood House Trust, told The Telegraph: ‘It’s a fine balancing act to make sure you create the most wonderful spaces to recreate these films but protect the assets that the public own.’

The house was recently used for ITV’s Victoria, starring Jenna Coleman and Tom Hughes, which has brought a wave of tourists.

Curators say they will be using the movie, which blends historical fact and fiction, to determine how best to showcase Princess Mary’s collection to new visitors.

The princess’s fascinating archive includes letters from George V and Queen Mary calling her ‘darling little butterfly’ and speaking about how sorely they miss her.

Harewood House say those who turn up to the stately home in period costume during the week of the film’s release on September 13 will be permitted free entry.