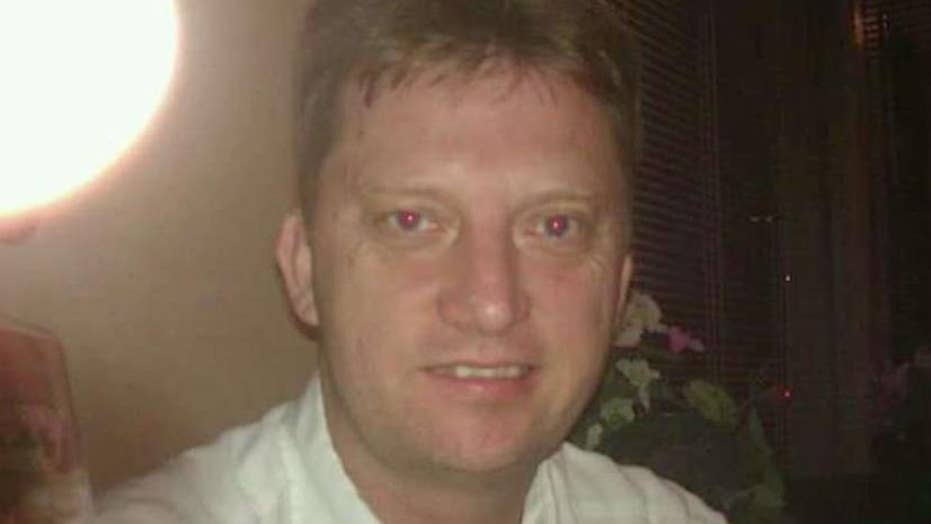 US Navy veteran sentenced to 10 years in prison in Iran

The lawyer for a Navy veteran sentenced by Iran to at least ten years in prison is concerned his client is ill but hopeful his release will be granted.

“He’s actually quite ill. He’s had cancer and other illnesses and we’re concerned that’s going to revive itself in his system. So we’re hopeful that the Iranians will release him so he can come back home to his family,” attorney Mark Zaid said told “America’s Newsroom” Monday.

Michael White, 47, the first American known to be detained in Iran since President Trump took office, is accused of insulting Ayatollah Ali Khamenei and posting a photo on his social media.

He was sentenced to two years over the alleged insult and 10 years for the photograph. It appears the sentences were to run concurrently, the lawyer said, according to the New York Times.

White’s family says he traveled to Iran to visit his girlfriend — the two met online — and was arbitrarily detained. He previously served in the Navy for 13 years.

The U.S. does not have ambassadors in Iran and the Swiss government mediates on behalf of the State Department.

“He’s in the north… as I understand it in Iran, in a regular prison not a sort of state security prison which is also a good sign but the lack of diplomatic representation makes it very difficult for us to have any level of communication with him,” Zaid said.

The attorney was also unsure if the U.S.’s relationship with Iran has been making it harder to work on a possible release for his client.

“It’s hard to tell at this point whether or not this is just an American whose unfortunately caught in a foreign legal system that is so different from us or is he a pawn in the dire U.S/Iran foreign relationship,” Zaid said.