Jeremy Corbyn’s half-hearted Brexit position has bombed in Labour’s northern heartlands and cost him the election – but the party has made gains in Remain pockets of London.

Yet the overwhelmingly pro-EU capital has rewarded Mr Corbyn’s second referendum policy and – at odds with the rest of the country – saw a swing to Labour away from the Tories.

Putney, the former seat of ex-Tory cabinet minister Justine Greening which backed Remain by 72 per cent in 2016, turned red in the early hours of Friday morning for the first time since 2005. 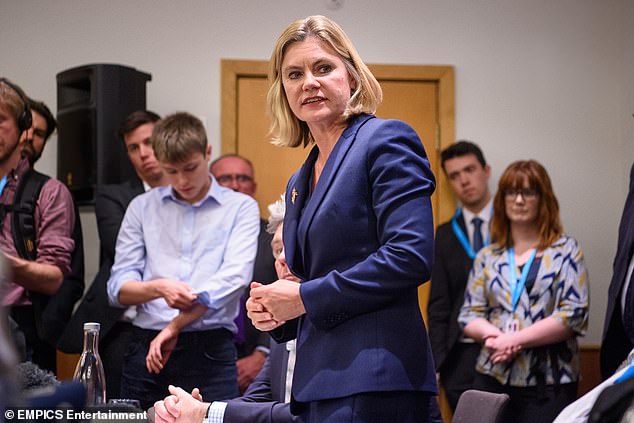 Putney, the former seat of ex-Tory cabinet minister Justine Greening which backed Remain by 72 per cent in 2016, turned red in the early hours of Friday morning for the first time since 2005

The result was a marked contrast to the rest of the UK, which witnessed Labour’s former strongholds in the North back Mr Johnson.

In a sign that lends weight to the criticism of the capital being a metropolitan bubble, Labour surged in a slew of London Remain seats.

Labour had poured resources into the constituency in the hope of ousting the ex-Tory leader and claiming one of the party’s largest scalps.

While candidate Faiza Shaheen did not manage to topple him, she did massively eat into his once 2,000-vote majority, slashing it in half.

Mr Corbyn’s muddled Brexit policy to hold a second referendum between a new withdrawal deal and staying in the EU was widely ridiculed as a vote between Remain and watered-down Remain.

But with the Lib Dems tanking in the polls, many metropolitan Europhiles in the capital believed this pledge for a so-called People’s Vote would be their best chance of blocking Brexit.

Labour-held Battersea was another constituency believed to be under threat of falling to the Conservatives, but Mr Corbyn’s anti-Brexit credentials appeared to cut through in this 77 per cent Remain borough.