Cornwall residents have spotted an apparent ‘architectural kn*b gag’ in the design of an adults only hotel that looks like a rude phalic symbol from the air.

Internet users have pointed out the £400-a-night luxury eco-hotel and spa in Mawgan Porth looks like a male genitalia from the air.

In what appears to be an unfortunate optical illusion rather than a deliberate prank, local man Colin Peake pointed out the resemblance after spotting it on Google Maps.

Called the Scarlet Hotel, the spa getaway is located, in Mawgan Porth, and was completed in 2009 by Devon-based architects Harrison Sutton.

It has gone on to be nominated for multiple awards over the years and scooped Michelmores’ Building of the Year Award in 2009. 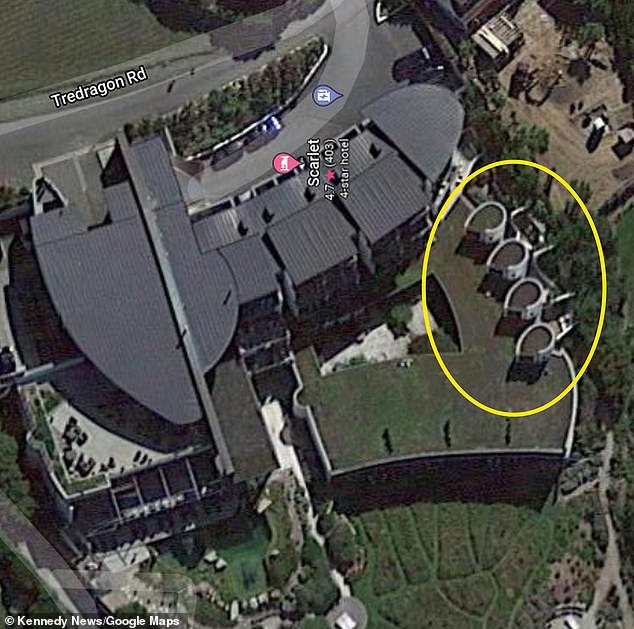 Colin Peake, 44, discover the no-children retreat is shaped similar to a piece of the male anatomy when you see it on Google Maps

The hotel is regularly featured in best luxury hotels in Cornwall by the Times and the Independent and noted as being best for couples.

It has a 4.7 rating on Google Reviews, but its shape has been missed by many.

Colin, from St Austell, said: ‘I don’t understand how it got as far as being built when the whole thing is an architectural kn*b gag.

‘I think it’s hilarious, either they don’t know or they do know and don’t tell anybody.

‘I just think it’s weird that it’s won awards and nobody’s turned around and gone ‘hang on, this really looks like [a male body part]’

‘I don’t know at what point the joke was played or if the management are in on it or whether it’s something the architects decided to do with nobody spotting it. 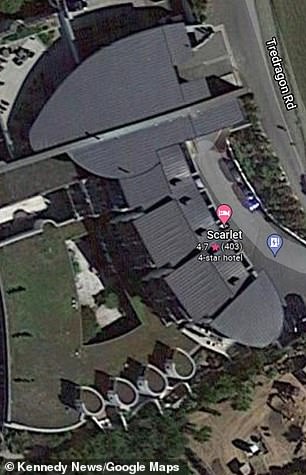 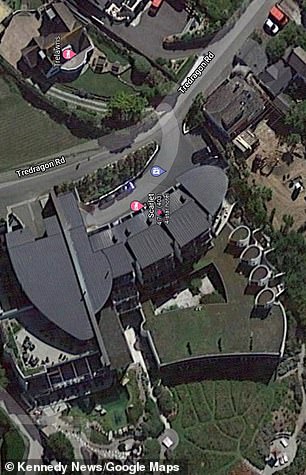 The £400-a-night luxury eco-hotel and spa in Cornwall juts out like a round rocket with a base and pods alongside that are ordered in a row going down from the top. Colin, from St Austell, said: ‘I don’t understand how it got as far as being built when the whole thing is an architectural kn*b gag

The 44-year-old performed at a wedding nearby and was told of the hotel’s shape by a bemused photographer.

Colin said: ‘She said ‘oh yeah, you see it on the map when you go into the hotel. It’s hilarious and nobody seems to have noticed it’.

‘I thought ‘It can’t be true, she must be exaggerating.’ But I went away and looked it up, and I was absolutely dumbfounded. 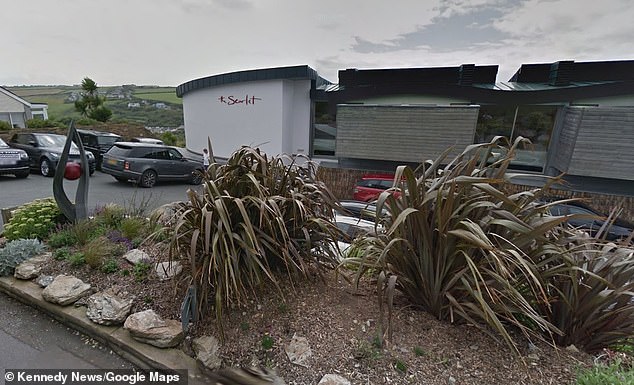 Scarlet Hotel, pictured, and Harrison Sutton, the architect, both declined to comment

‘Unless you were looking on Google Earth, and orienting it in a certain way, you probably wouldn’t see it. It’s just so weird.

‘I thought people must know about this, but other than this small subset of people online who trade pictures of [nether region] architecture, nobody seems to have heard of it.’

Scarlet, the hotel’s namesake, is also a symbol of adultery used in the famous Scarlet Letter novel.

In the Nathaniel Hawthorne book, Hester Prynne, who gave birth out of wedlock, is forced to wear the the scarlet ‘A’ for the rest of her life.

Scarlet Hotel and Harrison Sutton both declined to comment.

Disabled man kidnapped, sealed in coffin and cremated in place of rich stranger

Cheers instead of boos: Trump gets warm welcome at Alabama football game