Resy, the restaurant-reservation service founded in 2014, said Friday that it had acquired its smaller competitor Reserve.

Though Resy is the nation’s largest privately held reservation service, it is still small in comparison with OpenTable, which was bought by the publicly traded Priceline Group (now called Booking Holdings) in 2014 for $2.6 billion and is used by nearly 50,000 restaurants around the world. But Resy’s expansion is the latest sign that OpenTable’s dominance in the field may be threatened as small, young companies fiercely pursue restaurants’ business with lower fees and newer technology.

Resy would not disclose the financial details of the deal, which was signed on Oct. 27. But it said that with the addition of Reserve, which works with about 1,000 restaurants, most of them in Chicago, Washington and Boston, it will now serve about 4,000 restaurants in the United States. And since April, when it connected several international reservation platforms to its technology, Resy is used by 10,000 restaurants worldwide.

In April, Resy also bought ClubKviar, a luxury reservation service in Madrid and Barcelona, Spain. A year ago, Resy acquired Servy, a market research service, which it will integrate into its own software, allowing restaurants to survey their customers and learn more about them.

OpenTable, founded in 1998, charges restaurants based on the number of reservations it makes for them, in addition to a flat rate, but says it is experimenting with a new pricing model it will roll out in the next quarter. Reserve and Resy, which both started in 2014, charge restaurants only a flat rate for use of their software. (None of the three charge diners.)

“We’re attacking and dismantling some very stale, inadequate, overpriced products,” Ben Leventhal, one of Resy’s founders and its chief executive, said in an interview last week.

He said the company’s revenue has doubled in each of the last four years. It now seats about 1.4 million diners each week, and its no-show rate — a critical metric for restaurants, which lose money when people with reservations don’t turn up — averages just under 5 percent, Mr. Leventhal said. The industry average is closer to 15 percent, and can spike around holidays like Valentine’s Day.

Tock, a competitor that popularized a ticketlike reservations system in which diners pay for their meals in advance (as they would for baseball games or concerts), says it found that asking diners to put down deposits as small as $5 greatly reduced the no-show rate.

But all reservation services are fighting for somewhat limited turf: Two-thirds of restaurant reservations are still made over the phone, according to Yelp, another competitor, which offers reservations on its listings pages. To grow, these services have to find ways to make the booking process more efficient and reliable, combat no-shows and offer new, useful features to keep restaurants organized and booked.

“The market for OpenTable and such companies was always more limited, because some people just didn't use it," said John A. Gordon, a principal at Pacific Management Consulting Group, which analyzes restaurants’ strategies and earnings.

“We’ve got over a million restaurants in the United States and all restaurants are trying to collect more information about their customers,” he added. “That information is useful because it can create a deeper relationship with the brand and it’s more personal and more efficient than running an ad.”

Mr. Leventhal, who also founded the website Eater, said Resy is focused on helping restaurants market themselves more strategically to their diners. If a restaurant has, say, a waiting list of 200 on a Saturday night, it can use Resy to get in touch with those diners and bring them in for dinner on a slower night with the offer of a free drink. Or, if a customer is repeatedly showing up on a wait list and not able to get in, Resy can identify the pattern and alert the restaurant, so it can make him a reservation and, most likely, create a regular.

“This is just the tip of the iceberg,” Mr. Leventhal said. “Our goal in five years is for every restaurant that works with Resy to not worry about closing.”

When Resy started four years ago, it operated under a very different model, charging diners a premium for prime-time, hard-to-score seats at popular restaurants and earning itself unflattering comparisons to intermediaries like ticket scalpers.

“We moved away from that because restaurants told us there was a bigger opportunity,” Mr. Leventhal said. “Restaurants helped us understand we were focused on something pretty niche, in the end.”

Mr. Leventhal said most of Reserve’s staff of 34 people, who are based in Chicago and New York, would join Resy, which has about 135 employees working out of the company’s headquarters in SoHo and an office in London, as well as remotely.

For now, Resy will continue to run Reserve’s service as it is. The work of moving restaurants from Reserve to Resy’s platform will happen slowly, beginning early in 2019, after the holiday rush of private parties and events — the most chaotic time of the year in the restaurant business.

As Mr. Leventhal put it, “We can’t ask restaurants to just rip and replace tech as critical as reservations.” 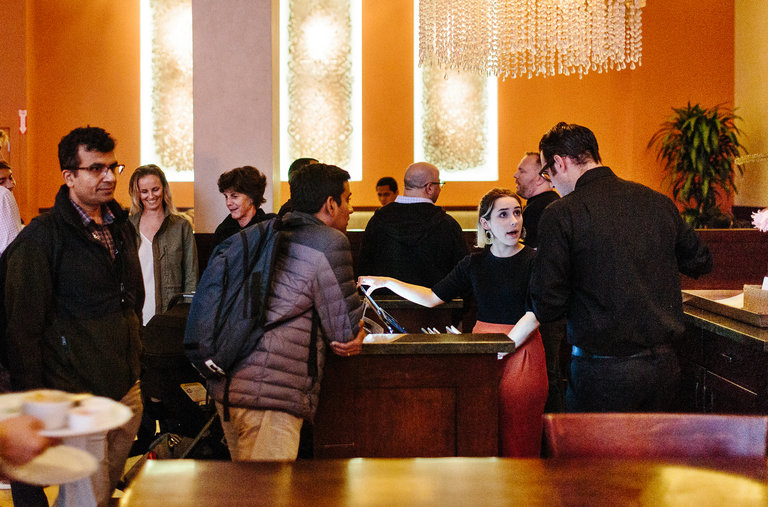 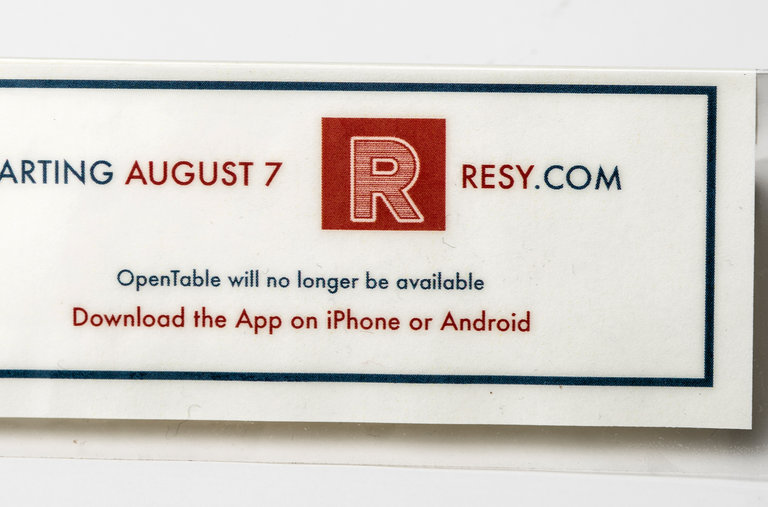 Tejal Rao is the California restaurant critic at The Times and a columnist for the The New York Times Magazine, based in Los Angeles. She has won two James Beard Foundation awards for her restaurant criticism. @tejalrao

Chile military transport plane ‘disappears’ with 38 people on board