YANGON (Reuters) – Lawyers for two Reuters reporters jailed for seven years in Myanmar lodged an appeal on Monday against their conviction on charges of breaking the country’s Official Secrets Act. 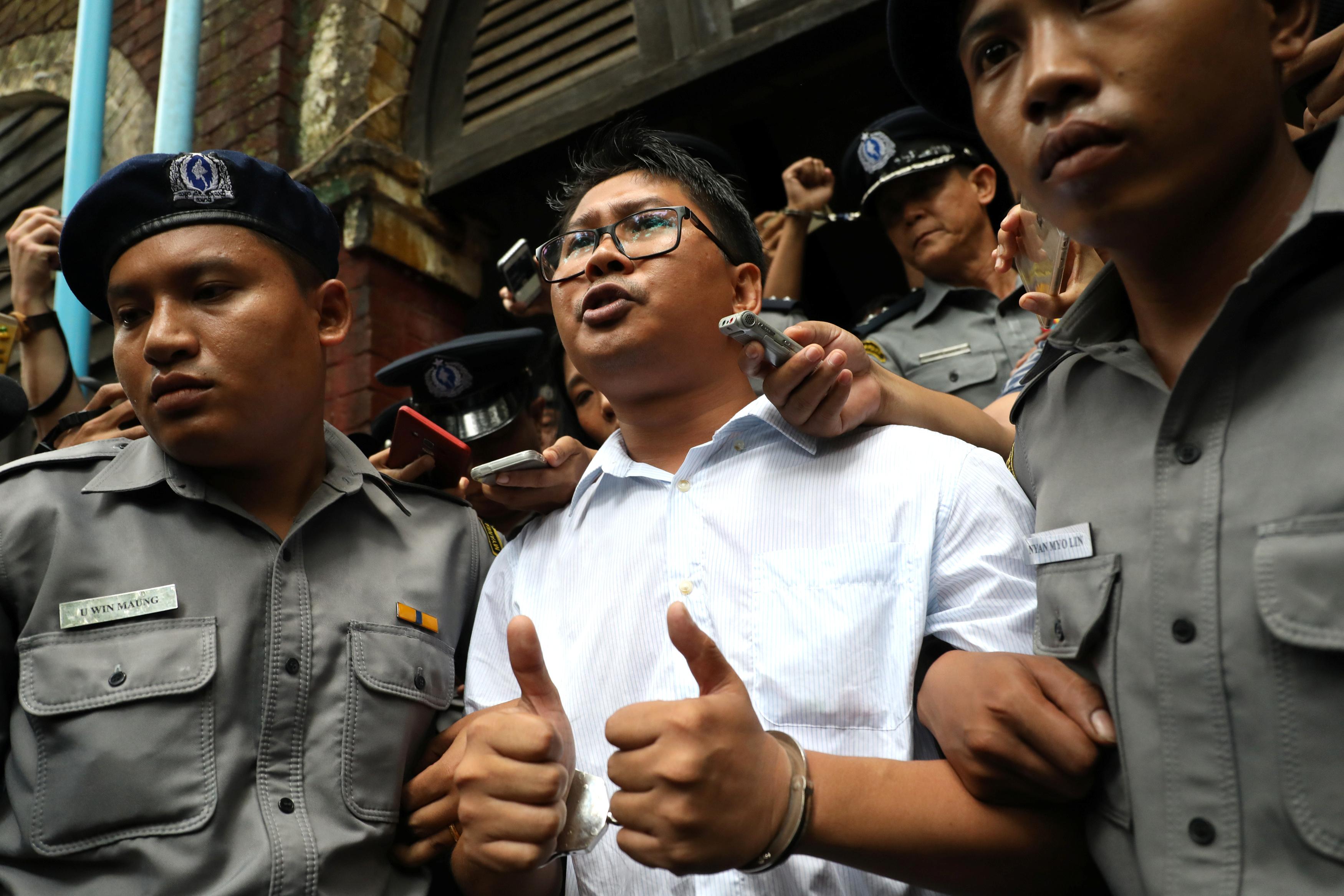 The appeal cited evidence of a police set-up and lack of proof of a crime.

“We filed an appeal … because the trial court’s ruling was wrong,” said Reuters President and Editor-in-Chief, Stephen J. Adler in a statement. “In condemning them as spies, it ignored compelling evidence of a police set-up, serious due process violations, and the prosecution’s failure to prove any of the key elements of the crime.”

He added the court shifted the burden of proof from the prosecution to the Reuters reporters, Wa Lone and Kyaw Soe Oo, and called on Myanmar to “uphold its stated dedication to rule of law, freedom of the press, and democracy by ordering the release of our colleagues.”

Wa Lone, 32, and Kyaw Soe Oo, 28, were found guilty in September after a trial at a Yangon district court in a landmark case that has raised questions about Myanmar’s progress toward democracy and sparked an outcry from diplomats and human rights advocates.

Myanmar leader Aung San Suu Kyi said in September that the jailing of the reporters had nothing to do with freedom of expression. In comments made the week after their conviction, she said they had been sentenced for handling official secrets and “were not jailed because they were journalists”.

Defence lawyers filed the appeal on Monday morning at the Yangon-based High Court. If the court rules to allow the appeal, an appellate judge would take written and oral arguments from prosecution and defense lawyers before handing down a decision.

Before their arrest, the reporters had been working on a Reuters investigation into the killing of 10 Rohingya Muslim men and boys by security forces and local Buddhists in western Myanmar’s Rakhine state during an army crackdown that began in August last year. The operation sent more than 700,000 people fleeing to Bangladesh.

During eight months of hearings, Wa Lone and Kyaw Soe Oo testified that two policemen they had not met before handed them papers rolled up in a newspaper during a meeting at a Yangon restaurant on Dec. 12. Almost immediately afterwards, they said, they were bundled into a car by plainclothes officers.

On Feb. 1, a police witness said under cross-examination that information in the documents had already been published in newspapers. In April, a prosecution witness testified that a senior officer had ordered subordinates to plant documents on Wa Lone to “trap” the reporter.

Barmaid wins £40,000 after customer gives her his lottery ticket as a tip