A draft report by Sir Tom Winsor, the former Chief Inspector of Constabulary, is said to have branded the London mayor’s decision-making ‘irrational’ and ‘unreasonable’ in the weeks leading up to Dame Cressida’s resignation in February.

It is also said to include claims of ‘oppressive’ treatment by Mr Khan towards her and describes ‘unfair pressure’. The Guardian reported that Mr Khan is in talks with lawyers and believes the report contains bias and inaccuracies.

He has sent a letter of complaint to Home Secretary Priti Patel. 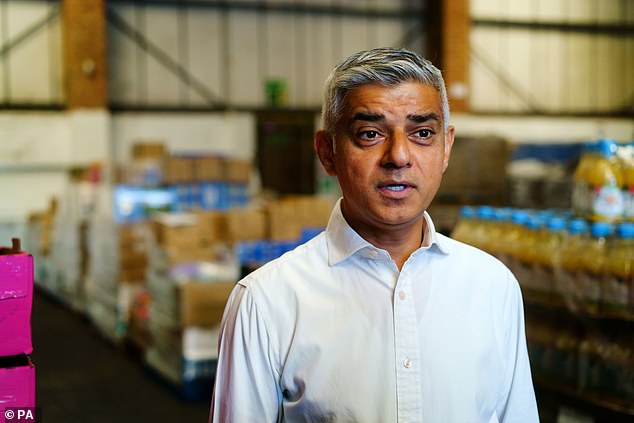 A draft report by Sir Tom Winsor, the former Chief Inspector of Constabulary, is said to have branded the Sadiq Khan’s decision-making ‘irrational’ and ‘unreasonable’ in the weeks leading up to Dame Cressida’s resignation in February

He wrote: ‘While Sir Tom has inexplicably refused to provide me with a final version of his report to you, his draft findings… were clearly biased and in many instances outside his terms of reference and unsupported by the evidence.’

Miss Patel selected Mr Winsor to conduct the investigation. The full report may be published as early as next week.

Dame Cressida’s decision to resign came after criticism from the mayor following a series of scandals. She officially left in April. Her five years in the job saw public confidence in the police drop. Scandals included the kidnap and murder of marketing executive Sarah Everard by London policeman Wayne Couzens and the photographing of murdered sisters Bibaa Henry and Nicole Smallman by Met officers.

Two months after Dame Cressida quit, the Met was placed in ‘special measures’ for the first time.