Rishi Sunak is preparing for his first day as Prime Minister with a hellish in-tray that includes soaring inflation, rising energy bills and a £40billion blackhole as he decides on a new cabinet.

The new Prime Minister, 42, is due to travel to the palace meet King Charles this morning before making his first address to the nation outside Downing Street at around 11.35am.

But he must now also choose a Cabinet to tackle a plethora of issues facing the UK, having earlier vowed to run No10 with ‘integrity and humility’ before warning of the ‘profound challenges’ to come.

Mr Sunak faces a £40bn black hole in the public finances amid speculation he could delay the Halloween Budget, while his new Cabinet must also deal with skyrocketing energy bills and soaring inflation that has left families struggling amid a cost-of-living crisis.

Former minister Victoria Atkins said she believes the Tories have ‘turned a corner’ and will now ‘settle down’ under Rishi Sunak’s stewardship.

She also said she believes the former chancellor will bring ‘stability and confidence’ to the markets with ‘all his expertise and experience’.

‘We all understand that we’ve now really got to get behind Rishi – and, in fairness, that’s exactly what the party has done,’ she told LBC.

‘The range of endorsements and support he’s had from all corners of the party and the enormous reaction he got yesterday when the result was announced, I genuinely think that we have turned a corner, we’re going to settle down, and this period of pretty difficult politics, I hope, will now come to an end and we will be able to focus on the job that, frankly, we all came into politics for.

‘I came into politics to help people, for us to be a force for good. We’re now going to be able to do that with Rishi.’ 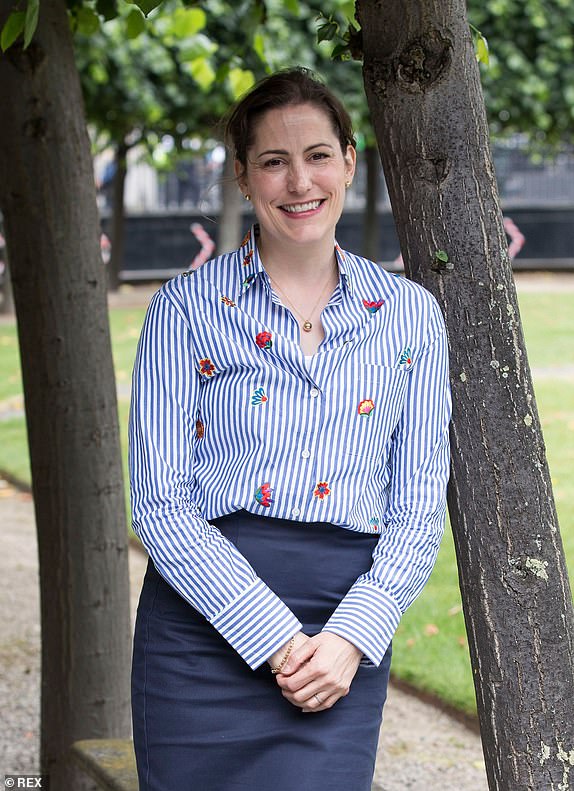 Mr Sunak will become the first UK Prime Minister of Asian heritage and the first practicing Hindu to enter No 10.

He was elected Conservative leader unopposed yesterday on Diwali, the Hindu festival of light.

‘As you become UK PM, I look forward to working closely together on global issues, and implementing Roadmap 2030.

‘Special Diwali wishes to the “living bridge” of UK Indians, as we transform our historic ties into a modern partnership.’

Warmest congratulations @RishiSunak! As you become UK PM, I look forward to working closely together on global issues, and implementing Roadmap 2030. Special Diwali wishes to the 'living bridge' of UK Indians, as we transform our historic ties into a modern partnership.

Speaking to BBC Breakfast, he took aim at the former chancellor’s record on economic policy, saying Mr Sunak took too long to act on the cost-of-living crisis.

‘Liberal Democrats argued there was a cost-of-living crisis way before the Conservatives acted, way before Rishi Sunak acted,’ he said.

‘The problem was Rishi Sunak’s approach didn’t give people the help they needed and I’m really worried now that that will continue to be the case.

‘When Rishi Sunak introduced [a windfall tax] it was like a Swiss cheese, it was so full of holes, it didn’t deliver and get the money we need to help people.’

He added: ‘We’ll see what he does but I’m afraid all the signs are that he’s just another Conservative who won’t deliver on the values of the British people.’ 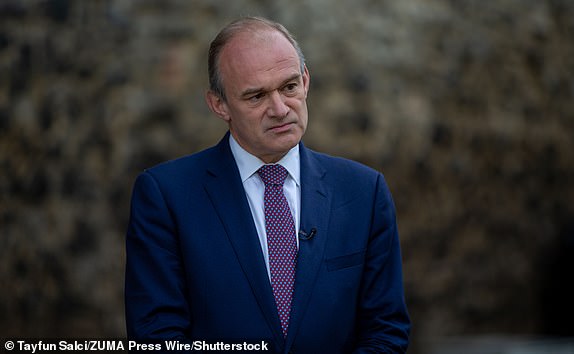 Outgoing PM Liz Truss will hold her last cabinet meeting at 9am today before making a final statement to the public outside No 10 at 10.15am.

She will then travel to Buckingham Palace to formally offer her resignation to the King.

Shortly after, the King will meet new Conservative leader Rishi Sunak and invite him to form a government.

Mr Sunak will make his first statement as Prime Minister in Downing Street at 11.35am. 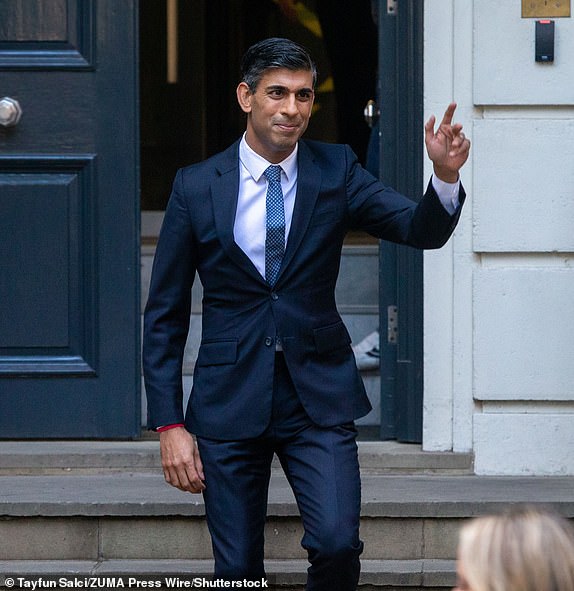 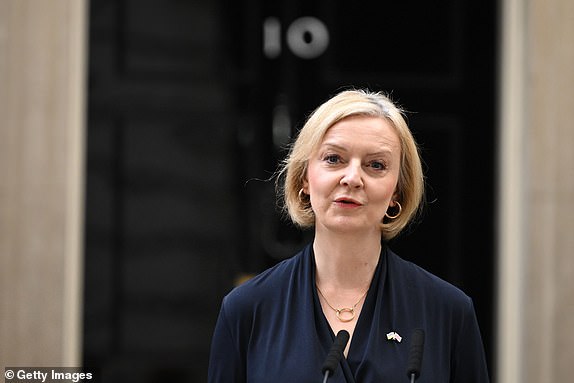 US President Joe Biden has said Rishi Sunak becoming Prime Minister is a ‘groundbreaking milestone’ as he marked Diwali yesterday.

Mr Biden said at an event in Washington on Monday evening ‘it matters’ that for the first time someone from an ethnic minority background, who is also the child of Indian immigrants, could rise to the highest political office in the country.

‘And whether it’s the United Kingdom, where just today, we’ve got news that Rishi Sunak is now the Prime Minister. As my brother would say, “go figure”,’ Mr Biden said.

‘And the Conservative Party, expected to become the Prime Minister, I think, tomorrow when he goes to see the King.

‘Pretty astounding. A groundbreaking milestone. And it matters, it matters.’ 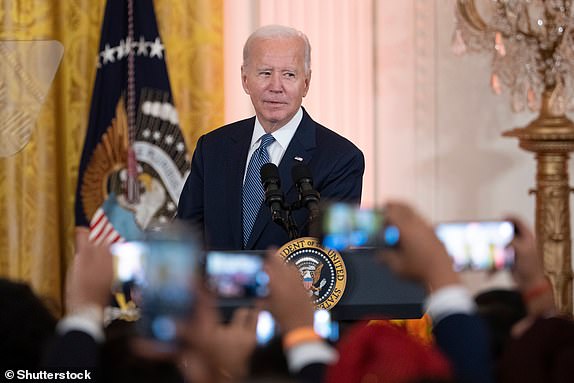 The party has been calling for the question to be put back to the country as the Tories have changed their leader twice since they won a mandate to lead in 2019.

But Mr McFadden said Rishi Sunak appears to have ‘ruled it out’.

He told BBC Breakfast: ‘Given the parliamentary arithmetic – the Conservative Party has got a big majority – the only way a general election can happen, really, is if they agree to hold one. So, that looks less likely today.’

He said such a vote would be preferable to ‘a game of musical chairs at the top of the Conservative Party’.

Mr McFadden added it was a ‘big and positive milestone’ for the country to have its first prime minister of British-Asian origin.

He said he thinks people will recognise that for ‘the important moment it is’.

But when it comes to politics, he said: ‘Things are a bit different.’

He said: ‘Looking at the newspaper headlines this morning, it seems to be mostly about uniting the Conservative Party.

‘But I think the country has got to come first here, and stability for the country. And it’s actually the Conservative Party that’s brought us all that instability and chaos in the first place.

‘So on one level, I congratulate him, I think it’s a big moment for the country, but I think that the party that he represents is now part of the problem, not part of the solution.’ 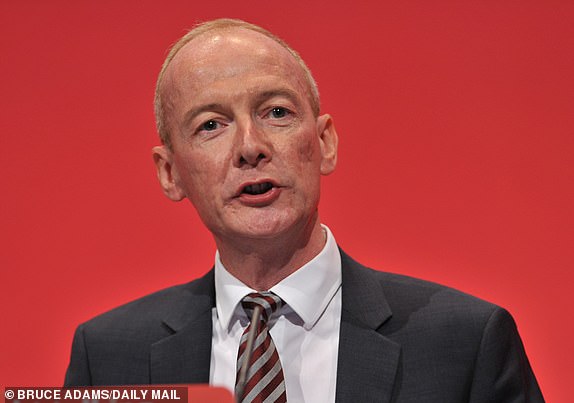 Incoming Prime Minister Rishi Sunak will move into Downing Street later today after he meets the King at Buckingham Palace.

Mr Sunak was elected leader of the Conservative Party yesterday without a vote being cast when he became the only MP with over 100 nominations from Tory MPs. 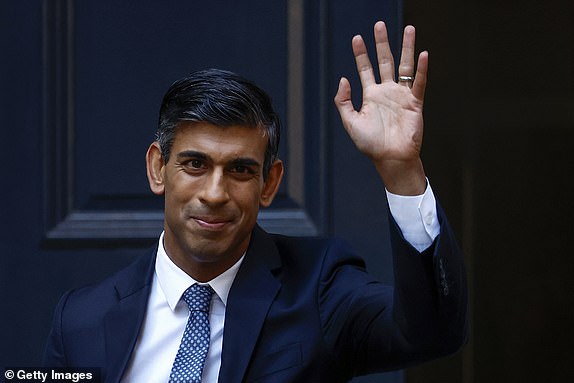 Donald Trump could be indicted over Russia probe, Pelosi says