Rishi Sunak puts Avanti on notice it could yet lose West Coast Mainline route after MPs batter rail boss over lack of London to Glasgow services, dirty trains and passengers being unable to book tickets more than two days in advance

Rishi Sunak today put Avanti on notice it could still be stripped of the West Coast rail route as the train operator attempts to revive faltering services.

The Prime Minister warned the Government would be ‘closely monitoring’ Avanti’s efforts in trying to bring an end to months of chaos for passengers.

The firm has controversially had its contract extended for six months to run services between London and Glasgow.

This was despite passengers having to endure the recent misery of a reduced timetable, long journeys, cancelled services, dirty trains and only being able to book tickets a few days in advance.

Asked during Prime Minister’s Questions this afternoon whether the Government could yet cancel Avanti’s franchise, Mr Sunak told MPs he shared the ‘frustration’ of long-suffering passengers.

‘Our priority immediately is to support the restoration of services before then making any long-term decisions on the operation of the West Coast franchise,’ he added.

‘But we will be closely monitoring Avanti’s rollout of its recovery plan and holding them to account for delivering for passengers.’

Mr Sunak’s warning came shortly after one of Avanti’s top bosses admitted it had ‘damaged trust’ with the travelling public.

Richard Scott, director of corporate affairs of the West Coast Partnership, which includes the Avanti franchise, faced a battering from MPs on the House of Commons Transport Select Committee.

But he insisted a new timetable introduced this week would return ‘reliable’ services running between London, Birmingham, Liverpool, Manchester, Edinburgh and Glasgow. 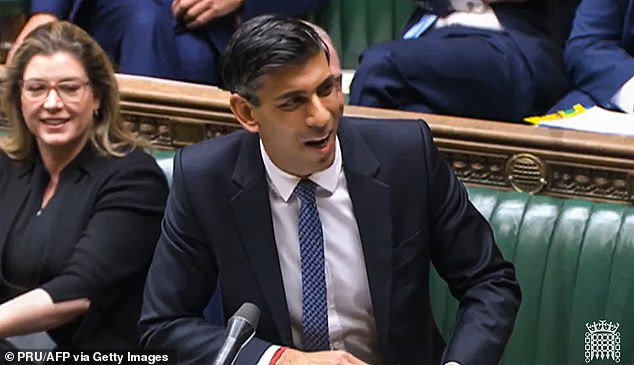 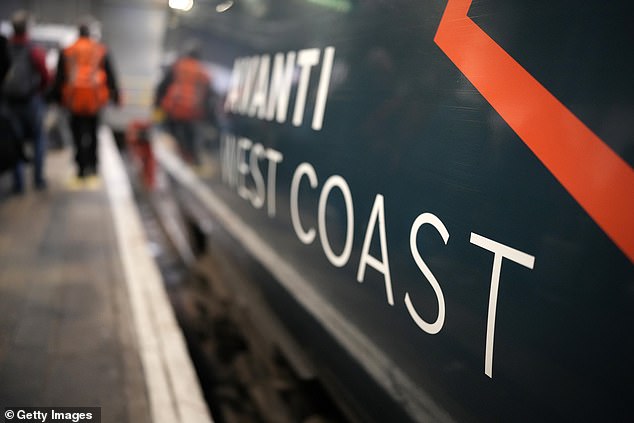 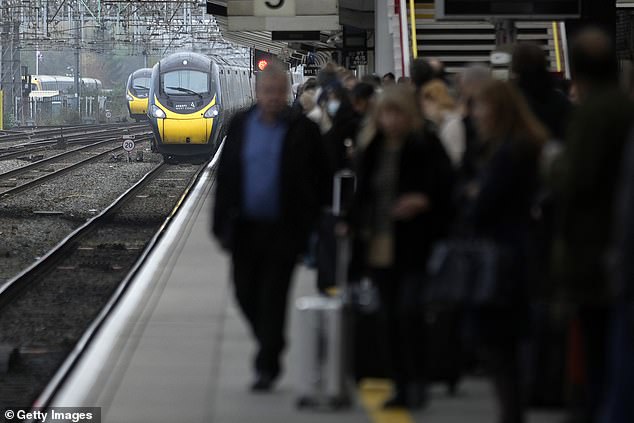 Passengers have endured the misery of a reduced timetable, long journeys, cancelled services, dirty trains and only being able to book tickets a few days in advance

Mr Scott told MPs that a new timetable introduced on Sunday would provide a ’40 per cent uplift’ in services and be the ‘absolute cornerstone of getting things back on track’.

He said: ‘We have been working extremely hard over the last few months on getting the new timetable in place based on new rosters, new diagrams, not reliant on rest day working.

‘It will be reliable, sustainable, robust, resilient and it’s something that will allow us to rebuild trust.

‘I accept fully we have damaged trust with the travelling public and it will take time to get back.

‘But the timetable and the new rosters and diagrams that are in place, I believe will allow us to do that.’

Mr Scott admitted it was ‘unacceptable’ that passengers had only been able to buy tickets only two days in advance for some services in recent months.

He blamed the impact of the reduced timetable, strike action and engineering works which, he said, meant train planners had to produce a ‘bespoke timetable’ for every single weekend. 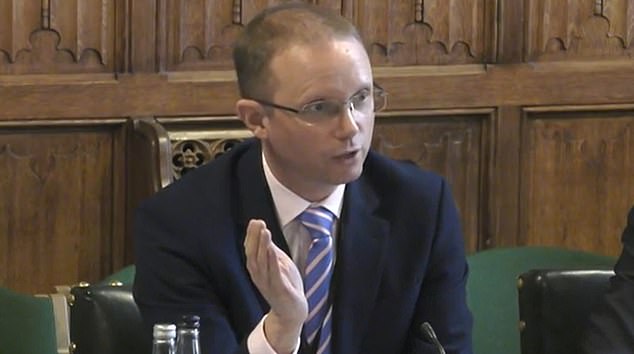 Richard Scott, director of corporate affairs of the West Coast Partnership, which includes the Avanti franchise, faced a battering from the House of Commons Transport Select Committee

‘That has been unacceptable, it’s been a facet of the difficulties we have been in over the last few months,’ Mr Scott told the committee.

‘Generally weekdays were okay, but weekends were a particular problem.

‘You are right, people could not book weekend tickets sometimes more than two or three days in advance.’

The rail boss said that tickets were now available ‘much further out’, adding: ‘Weekdays are about 12 weeks out and weekends, I think, are all over four weeks and pushing into five.’

‘It’s a much better situation now, we do not have that situation of only a few days’ notice.’

Mr Scott also conceded that passengers have had to endure dirty trains in recent weeks due to the ‘strain’ on those services that were running.

‘There’s been more strain on the fleet that is on the network because there have been more people on those services,’ he said.

‘But, that’s not good enough, we need to make them better – it’s a simple as that.

‘The timetable will help us with that, because it will spread passenger demand – there won’t be as much strain on those trains that are running.’