ROBERT HARDMAN: French clear the path to honouring D-Day heroes with a memorial to 22,000 Britons who died in the 77-day Battle of Normandy

If there’s one thing for which French officialdom has a passion, it is fiendishly complicated bureaucracy.

So it says something about the towering importance of a proposed D-Day memorial that they have – for once – waved it aside.

The site of a glorious tribute to British servicemen killed in the landings – backed by generous Daily Mail readers – is to be inaugurated later this year.

And now the French authorities have vowed to smooth over any planning obstacles in honour of the sacrifice made. 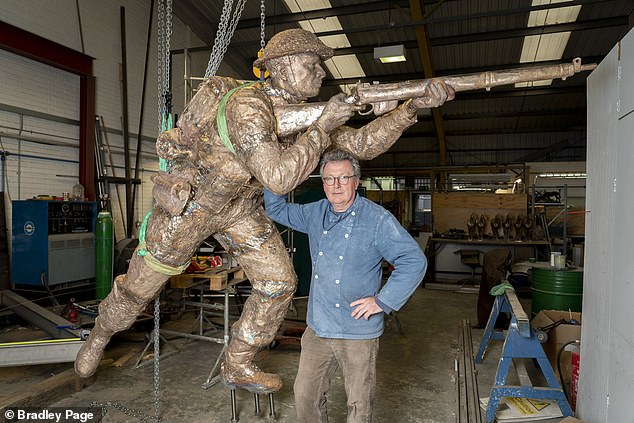 Sculptor David Williams-Ellis poses with the first of the three 440-kilo, 9ft figures which will be the centerpiece of the new memorial 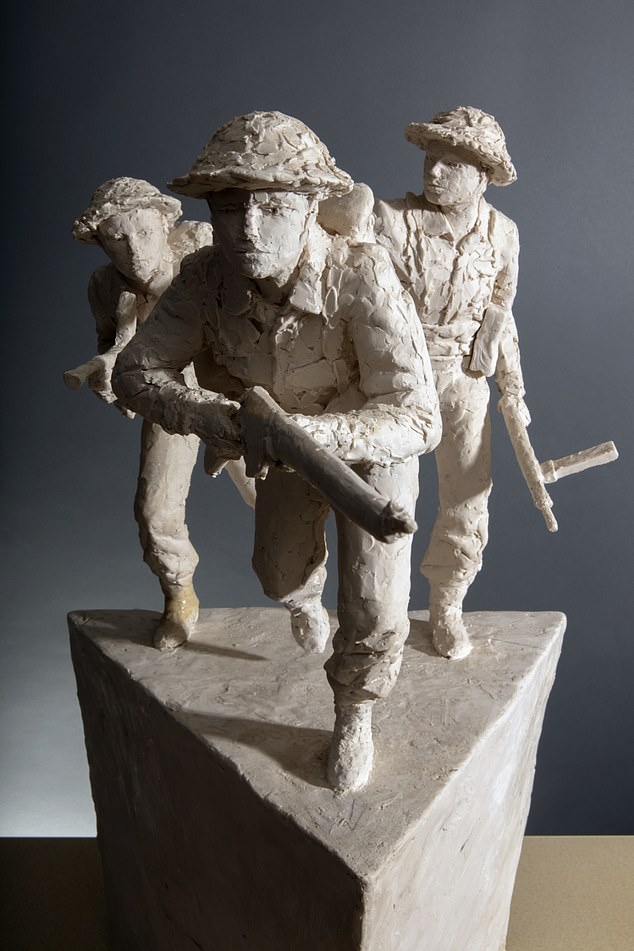 Speaking at the launch of the Normandy Memorial Trust appeal in Paris, French politicians pledged their full support for the project, which also has the backing of veterans, the Prince of Wales, and the British Government.

‘This is not just an administrative matter but our duty of memory and we are at your side,’ said Laurent Fiscus, the prefect of Calvados – in the area of Normandy where the memorial will be built.

He was speaking at a reception at the British embassy in Paris where the latest designs for the site have been unveiled.

The memorial will overlook Gold Beach where thousands of British troops came ashore on the morning of June 6, 1944 – D-Day – to begin the liberation of France and Europe.

More than 22,000 British servicemen and women were killed during the subsequent 77-day Battle of Normandy which saw some of the most vicious fighting of the entire war.

Of all the major Allied nations involved in the landings, however, Britain is the only one without a national memorial to its dead.

Just over 50 acres of land have now been acquired for the commemorative site, which will be inaugurated by the Prime Minister and the French president on the 75th anniversary of D-Day itself. However, a further £7.5million is needed to complete the project. 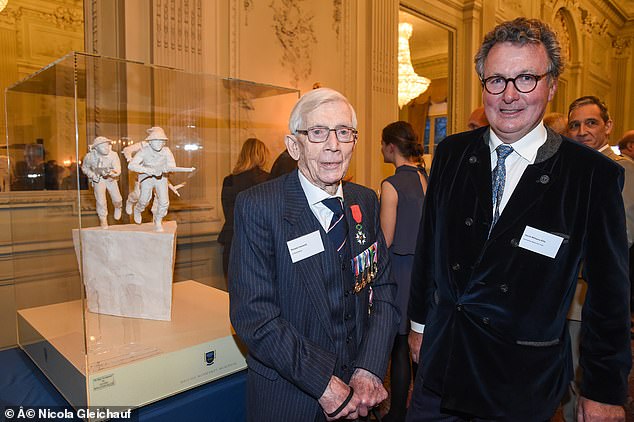 Guests at the embassy reception heard the British ambassador, Lord Llewellyn, explain that President Emmanuel Macron has taken a personal interest in the memorial project.

Lord Ricketts, former ambassador to Paris and now chairman of the memorial’s trustees, once again thanked Mail readers for their ‘outstanding’ response to the appeal for funds and also thanked French officials for helping to overcome the pitfalls of the French planning system.

‘We have discovered that things can be a little complicated,’ he said with diplomatic understatement, to gales of laughter from the French guests present.

Touching tales involving French bureaucrats are few and far between but it emerged that local officials have just done the memorial campaign quite a favour.

Under French law, any loss of agricultural land to alternative uses requires a compensation payment. In the case of this memorial site, that would normally equate to £83,000.

However, when the proposal came before the Calvados Chamber of Agriculture the other day, officials declared that such a payment was out of the question. Any compensation, they said, ‘had been paid back in 1944’.

In pride of place at the Paris event were two Normandy veterans, Ronald Clements, 97, who served in the frigate HMS Mounsey, and Joe Cattini, 96, formerly of the Royal Artillery, who landed on Gold Beach on D-Day morning at the wheel of a three-ton ammunition truck loaded with 25lb shells and dozens of cans of petrol.

‘The Royal Engineers had marked us a route through the minefield on the beach with white tape,’ he recalled later. ‘This wireless truck was in a real hurry. He overtook me, went over the white tape and got blown to pieces.’

Mr Cattini said that his two biggest fears were snipers aiming at his cargo and the dust. ‘There was this hidden German 88 [88mm field gun] which would zero in on any dust cloud.

‘One day, the truck ahead of me was going too fast and sending up all this dust and it got a direct hit,’ he says. ‘My mate “Sam” Leiper and three others were on that truck. They all burned to death. I remember I drove very slowly after that.’

Gunner Leiper, who was 21 when he died in August 1944, will be one of the 22,442 names on the memorial following extensive research by a team of military historians. All those who made the ultimate sacrifice during the Normandy campaign will be included.

Lukashenko tries to keep security forces on side with medals, appeal