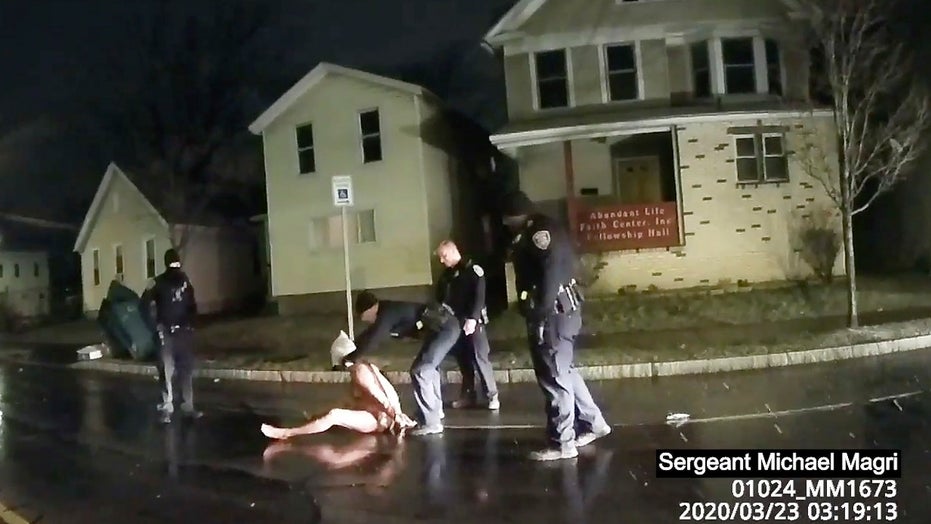 Photos and video showed roughly a half-dozen demonstrators, naked or in minimal clothes and some with "Black Lives Matter" written on their backs, sitting silently with their hands behind them, on a rain-slicked street outside the city Public Safety Building. The Democrat & Chronicle reported that after a time, the demonstrators were given blankets and left in cars.

Meanwhile, President Donald Trump tweeted that Rochester was among cities that had "bad nights," while Mayor Lovely Warren commended activist leaders, police and community elders on a night of calm protest Sunday.

Prude, a 41-year-old Black man, died after police found him running naked in a street March 23, put a hood over his head to stop him from spitting, then held him down for about two minutes until he stopped breathing. He died a week later after he was taken off life support.

His brother, Joe Prude, had called 911 seeking help for Daniel Prude's unusual behavior. He had been taken to a hospital for a mental health evaluation earlier that night but was released after a few hours, his brother told officers. 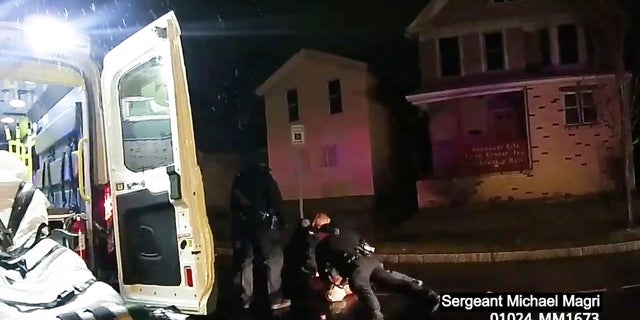 Rochester police officers holding down Daniel Prude, who had run naked through the streets of the western New York city, this past March. He died of asphyxiation after police put a hood over his head, then pressed his face into the pavement for two minutes, according to video and records released last week by the man’s family.
(Rochester Police, Roth and Roth LLP via AP)

His death sparked outrage after his relatives on Wednesday released police body camera video and written reports they obtained through a public records request.

Seven police officers were suspended  Thursday, and state Attorney General Letitia James said Saturday she would form a grand jury and conduct an "exhaustive investigation" into Prude's death. Warren and Police Chief La'Ron Singletary have faced calls for their resignations over the delay in releasing details of Prude's death.

Police union officials have said the officers were following their training.

Protesters have demanded police accountability and legislation to change how authorities respond to mental health emergencies.

Free The People ROC released a statement Monday saying marches will continue until Warren and Singletary resign, officers involved in Prude's death are fired and prosecuted, and the Rochester Police Department is stopped from responding to mental health calls and defunded. 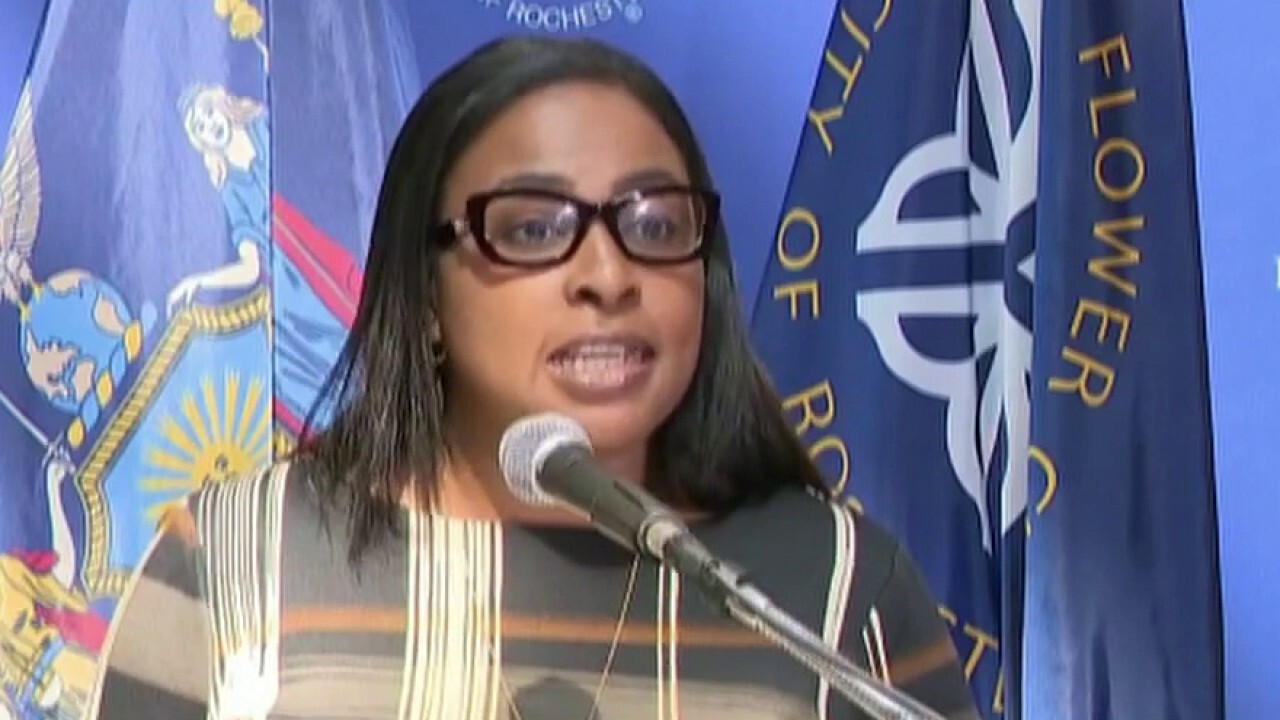 Protesters gathered in a Rochester park Monday evening before moving to the city's Public Safety Building by nightfall, for a sixth consecutive night of demonstrations.

Police lined up under the Frederick Douglass-Susan B. Anthony Memorial Bridge late in the night and announced on a loudspeaker that the gathering outside of the building had been deemed unlawful, and threatened that refusing to leave could lead to arrests.

On Sunday, police said more than 1,000 protesters marched to the Public Safety Building on a night more peaceful than the rest, with community elders acting as a buffer between officers and protesters. The Police Department said no arrests were made.

"Last night the world saw the true spirit of Rochester," Warren said in a statement, adding that she had told the police department Sunday "to adopt a smaller and more restrained posture."

Trump, however, mentioned Rochester in a Monday morning tweet about cities he said "all had bad nights" and were "weakly run by Radical Left Democrat Governors and Mayors!"

"Get the picture?" the Republican president added. 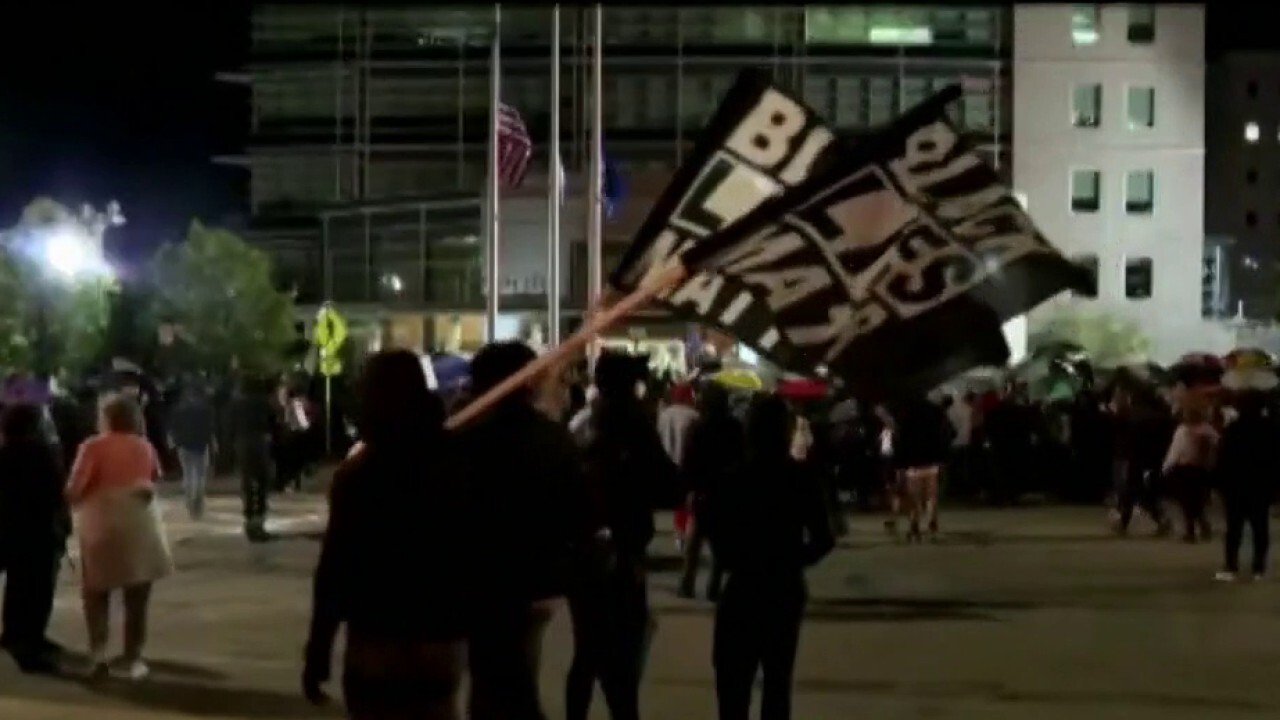 Demonstrations before Sunday had intensified into clashes between police and protesters, with officers dousing activists with a chemical spray and firing what appeared to be pepper balls to drive them from barricades around the headquarters building. At points, fireworks were shot off and a bus stop was set ablaze.

Warren, a Democrat, urged people to ignore Trump's comments, accusing him of trying "to bait people to act with hate and incite violence that he believes will benefit him politically."

This summer, Trump has repeatedly portrayed Democratic mayors as weak leaders who have let their cities be overrun by violence and disorderly protests, casting himself as the president of "law and order" who will protect the country from chaos.

Shootings, killings and other crimes have increased this summer in cities  including New York, Chicago and Detroit, though crime overall remains lower than it has been in years past.

Trump has sought to tie street violence to protests. Criminal justice experts say the crime spikes defy easy explanation in a year with historic unemployment and a pandemic that has killed more than 180,000 people.