A town police chief was killed by a rooster armed with an ankle blade on Monday after officers broke up an illegal cockfighting ring in the Philippines.

San Jose Police Chief Lt. Christian Bolok was inspecting a rooster after the raid when he was cut with its ankle blade, the AFP reports. The blade sliced into Bolok’s left thigh, severing his femoral artery.

Bolok bled out on his way to the hospital.

“It was an unfortunate accident and a piece of bad luck that I cannot explain,” said Col. Arnet Apud, the provincial police chief.

Apud added that he couldn’t believe what had happened when it was first reported to him.

“This is the first time in my 25 years as a policeman that I lost a man due to a fighting cock’s spur,” he told the AFP.

A similar incident occurred in India in January, when a rooster fatally wounded a man with its spur on the way to a cockfight.

Provincial Gov. Edwin Ongchuan says other officers tried to save Bolok by tying off the wound, but they may have applied a tourniquet in the wrong spot. He also suggested the possibility of poison.

“The problem was the rooster’s blade may have been laced with poison,” Ongchuan told the Associated Press.

Three suspects were arrested at the scene, Apud said. Police also seized several roosters and two sets of spurs in the raid.

The ankle blades, called gaffs, are often attached to cock-fighters’ ankles to make them more dangerous. 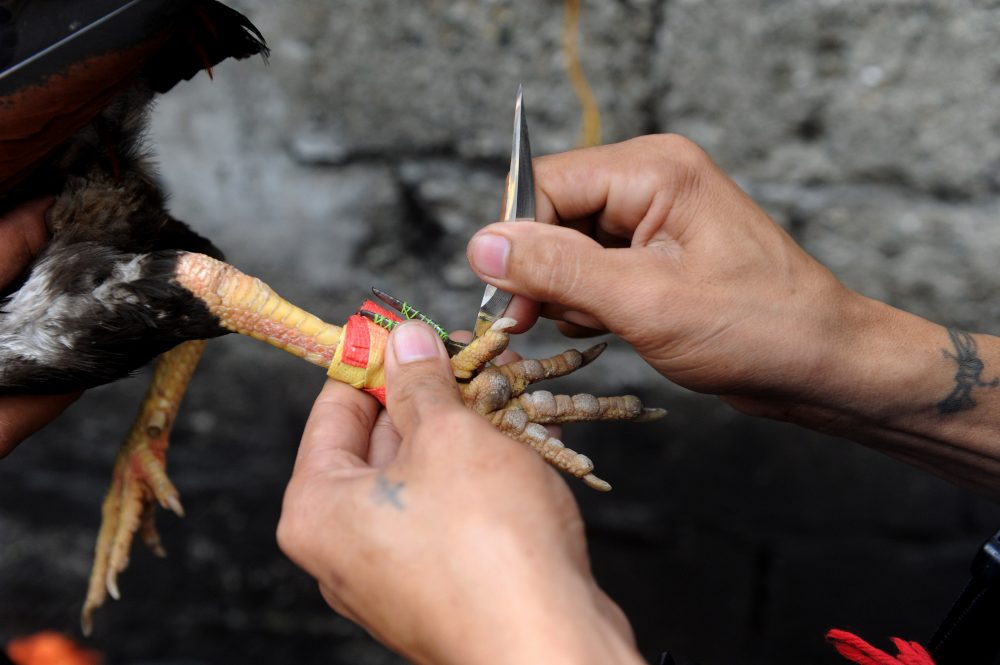 Cockfighting is a popular blood sport in the Philippines, where people will bet on the birds before they fight to the death. Many of the fights are legal and licensed, although some rings operate outside the law.

Legal fights are only permitted on Sundays and holidays.

The Philippine government has temporarily banned cockfighting along with other cultural and sporting events due to the COVID-19 pandemic.

— With files from the Associated Press

The makeup industry is still failing people with dark skin