DUBAI (Reuters) – Iran and Iraq could raise their annual bilateral trade to $20 billion from the current level of $12 billion, President Hassan Rouhani said on Saturday, amid concerns in Tehran over the economic impact of renewed U.S. sanctions. 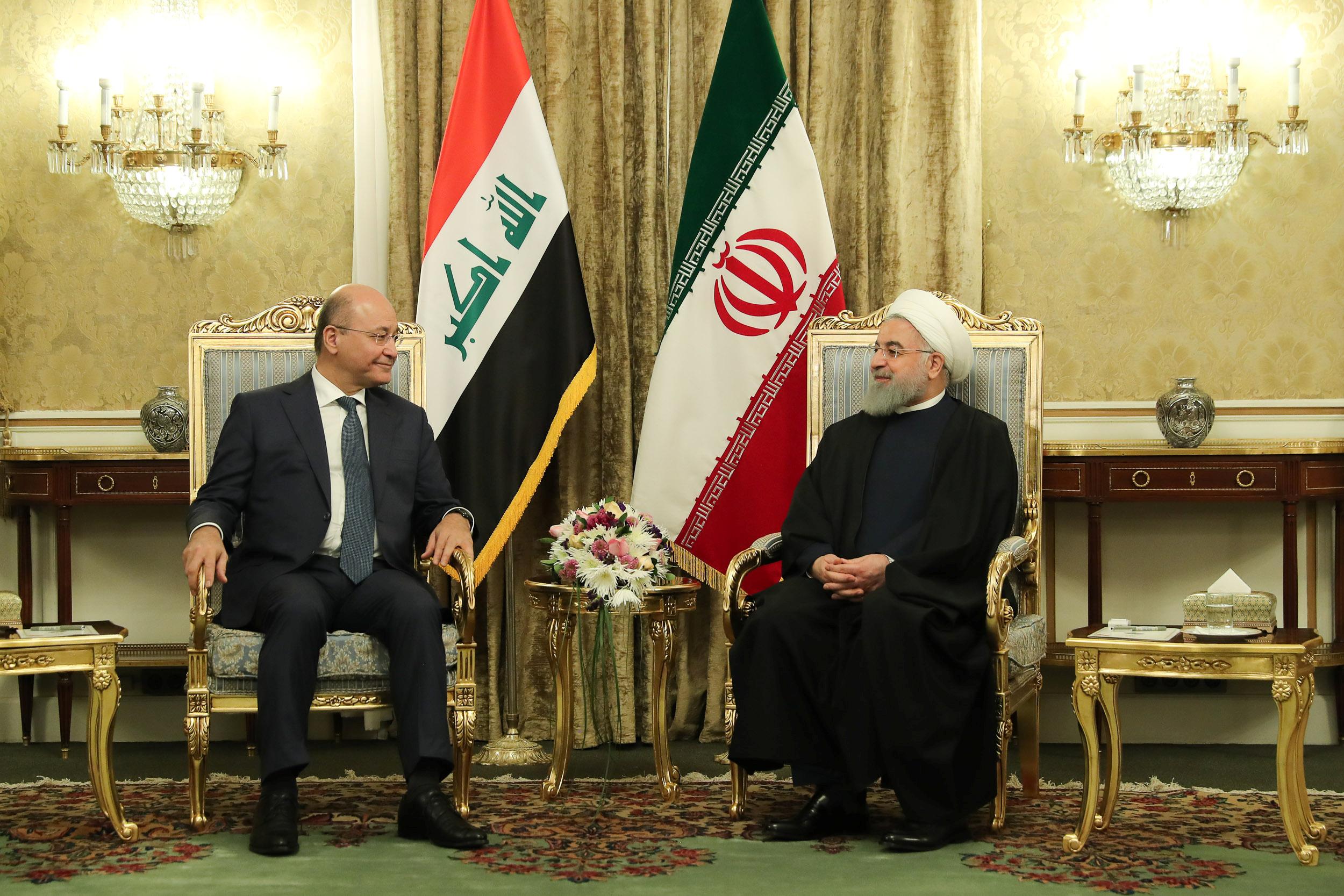 Rouhani’s remarks, made after a meeting with visiting Iraqi President Barham Salih, came about two weeks after the United States restored sanctions targeting Iran’s key oil industry as well as its banking and transportation sectors.

“… through bilateral efforts, we can raise this figure (for bilateral trade) to $20 billion in the near future,” Rouhani said in comments broadcast live on Iranian state television.

“We held talks on trade in electricity, gas, petroleum products and activities … in the field of oil exploration and extraction,” Rouhani said.

Baghdad is seeking U.S. approval to allow it to import Iranian gas for its power stations. Iraqi officials say they needs more time to find an alternative source than a 45-day waiver granted to it by the United States.

“It will be important to create free trade zones at our shared border and to connect the two countries’ railways,” Salih said.

“We will not forget your support for the Iraqi people in the fight against (Iraqi dictator) Saddam (Hussein). Neither do we forget Iran’s stand in the recent fight against terrorism,” added Salih, an Iraqi Kurd.

Iraq imports a wide range of goods from Iran, including food, agricultural products, home appliances, air conditioners and spare car parts. The goods element of Iranian imports to Iraq was worth about $6 billion in the 12 months ending March 2018, or about 15 percent of Iraq’s total imports for 2017.

Iraqi central bank officials said in August that their country’s economy was closely linked to non-Arab Iran, which is engaged in several proxy wars with Saudi Arabia in the region.