An Aboriginal boy and former inmate at the notorious Don Dale juvenile detention facility in the Northern Territory has told the disability royal commission that the agency responsible for child protection repeatedly placed him in unsafe and culturally inappropriate environments.

In pre-recorded evidence heard by the Royal Commission into Violence, Abuse, Neglect and Exploitation of People with a Disability on Friday, a 17-year-old witness identified only as “IL” told how he had been subject to violence and abuse in out-of-home care since he was around five years old. 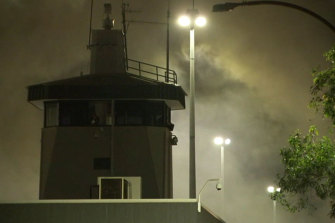 IL told the hearing, which is focusing on the experiences of First Nation children with disability in out-of-home care, that he was systemically neglected by the agency responsible for his welfare. IL gave evidence that even though options were available to keep him within his kinship connections, Territory Families had put him in “lots of placements” away from his family from the moment he became a ward of the state.

Often he was subjected to abuse and exploitation in these foster care environments, he said.

“When I grew up, the foster carers I was living with, most of them used to bash me and stuff … I trusted them, you know. I was a young kid trying to get away from that stuff and I trusted them to look after me.”

IL told the hearing there was nobody he felt he could tell about his treatment. This included one occasion when IL was aged around eight years old and was kicked in the face by his carer while eating breakfast.

“That morning … I was sitting on the couch watching TV, eating my breakfast. The foster carer walked up to me and kicked me in the jaw and I spilt the plate and then he got angry and starting hitting me more ’cause I made a mess of the lounge room.

“Then I went to school and I had a bad day and they were going to suspend me.”

IL said the foster carer repeatedly told him that nobody would believe his version of events, which caused IL to become suicidal.

“I started doing suicidal things, like suicidal thoughts and stuff like that. I started at a young age. I tried to kill myself and stuff. That wasn’t the only foster carer I was getting abused from, there were other ones before him.”

IL told the commission those experiences led to him entering the Northern Territory’s youth justice system after he began sticking up for himself against the abuse. IL said his first period of incarceration in Don Dale came when he was 10 years old. 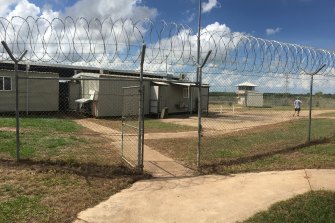 Whenever he received bail he ran away from his next placement to return home to family in Alice Springs, which led to more charges against him for breaching bail, he said.

Earlier, the commission heard from members of the Central Australian Strong Grandmother’s group, also in a pre-recorded submission. Three members from the group told the hearing that disability in First Nations children came in many forms and that a holistic approach was needed to address issues that result in out-of-home care.

Kumalie Kngwarraye Riley said the state needed to acknowledge the rights of the Indigenous children being placed in out-of-home care.

The hearing will resume on Monday with the commission to hear evidence from the Central Australian Aboriginal Congress and Andrew Webster from the Danila Dilba Aboriginal health service in Darwin.

Crisis support is available from Lifeline on 131114.