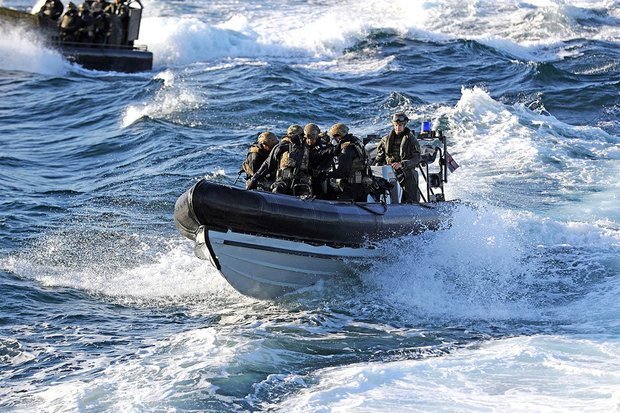 The move comes as Iranian special forces are alleged to have attacked two tankers, causing them to catch fire and be abandoned in the Gulf of Oman.

High tensions in the Middle East got worse after America released a video showing what they say is the Iranian Revolutionary Guard removing an un-exploded mine from one of the ships.

Orders will be given to “terminate” if necessary.

The troops will also be equipped with sniper rifles and light machine guns, but they have been warned only to use lethal force as a last resort.

Sources believe around 120 specialist troops from 42 Commando are heading to Bahrain as part of what has been termed Special Purpose Task Group 19.

A source revealed that the larger force suggests it was a deployment planned some time ago. They added: “We have had marines in the region on anti-piracy and counter terrorist operations for some time.

If the current situation escalates I expect we will see more personnel deployed to bolster the operation.”

More than 30% of the oil exports to the West pass through the Strait of Hormuz and much of the UK’s gas is also shipped from the Gulf.

Elsewhere in the region the frigate HMS Montrose and other Royal Navy ships are on standby.

In Tokyo, a temple offers pandemic-hit Vietnamese workers a safe haven
We and our partners use cookies on this site to improve our service, perform analytics, personalize advertising, measure advertising performance, and remember website preferences.Ok