Thieves in Suffolk are posing as RSPCA officers in order to snatch dogs, the charity has warned.

The animal welfare charity has been made aware of a white van with RSPCA signs on it in Suffolk, stopping dog owners to ask if their pets were stolen.

The RSPCA has now stressed that genuine officers will always be wearing uniforms bearing the charity’s logo, and will always carry identification.

If someone claiming to be an RSPCA officer is in contact with you or visits your home, and you are unsure of their credentials, you should ask to see their official ID and look for the RSPCA badge on their clothing, the charity advises.

RSPCA Acting Chief Inspector for Suffolk and Essex, Adam Jones, said: ‘We would like to remind and reassure the public that all of our officers wear branded uniforms and carry issued RSPCA identification. 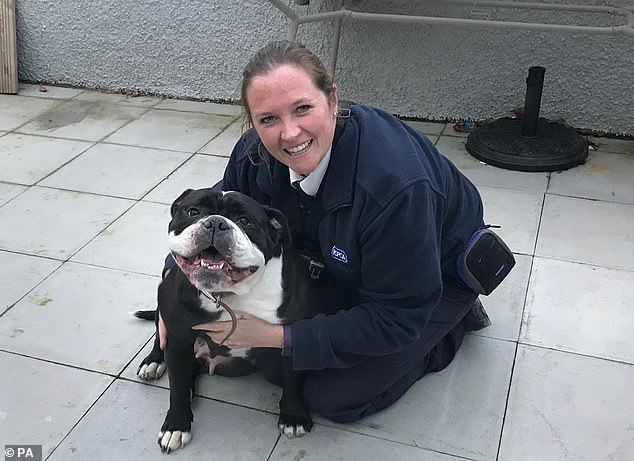 ‘We’re concerned that they may have been posing as RSPCA inspectors in order to snatch dogs, and that’s extremely worrying.’

The incident in Suffolk follows similar recent incidents in London and Yorkshire in which people pretended to be RSPCA officers in an attempt to access dogs.

A charity spokesperson said: ‘If you have taken these steps and are concerned someone isn’t who they say they are, you can always ring our national call centre on 0300 1234 999 for confirmation.

‘If you believe someone is impersonating a member of our staff please report the incident to us and to your local police.’

The RSPCA says people should take extra precautions by making sure pets are microchipped and wearing a collar with ID details.

They say dog owners should never leave their pets tied up outside shops or alone in cars.

Dogs should also have a good recall and should not stray too far when being walked off-lead, and gardens should be secure with locked gates.

In the wake of the lockdown, there has been a booming market for ‘pandemic puppies’.

Dog thefts have surged by 170 per cent in the UK, according to the lost and found organisation DogLost. 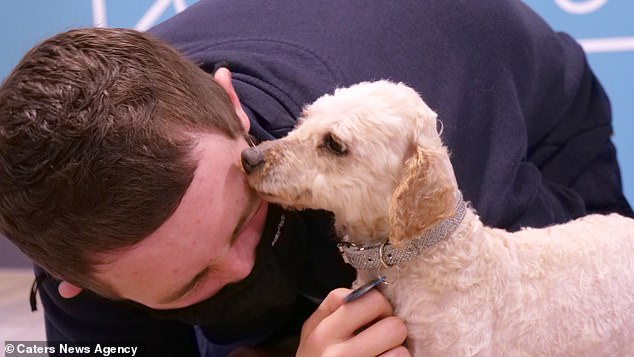 In the wake of the lockdown, there has been a booming market for ‘pandemic puppies’

What’s more, amid rising reports of assaults on dog owners, the cases appear to be ‘getting more aggressive in nature’, according to DogLost’s Justine Quirk.

‘We don’t want to scare people, but there is an element of ‘nowhere is safe’ for your dogs on their own — not even in your own back garden,’ she says.

According to the Kennel Club, of those who acquired a new dog in lockdown, two in five bought a puppy.

The organisation recorded a near tripling in searches on its online ‘find a puppy’ tool during lockdown from March to June last year, compared with the same period in 2019.

Puppy prices have rocketed, with the most sought-after breeds, such as French bulldogs, pugs and spaniels, selling for up to £5,000 — more than five times what they would usually fetch from a reputable breeder.

According to the Theft Act of 1968, animals are regarded as objects akin to a stolen phone.

In the rare cases where offenders are prosecuted — only 1 per cent of all reported dog thefts in 2019 — those convicted are more likely to be given community service, a caution or a fine than a prison sentence.

Iran hits back at Canada criticism over protests