The microchips are down for Vladimir Putin: Russia is desperately short of electronic components in bid to keep fighting war in Ukraine

Vladimir Putin’s disgraced invasion of Ukraine could hinge on Russia’s inability to gain access to high-tech electrical components due to the sanctions inflicted on them.

Russian troops are now increasingly reliant on Soviet-era stocks of ammunition, having fired off more firepower than many could have anticipated – including themselves.

The fightback from Ukraine, which has seen them make significant advances in recent days, has further frustrated Russian troops who are losing control of areas they had previously occupied.

But Putin and his men could soon be running on empty. Fuelling the war any further might come down to whether or not Russia can regain access to high-tech chips.

Ukraine has issued international warnings that the Kremlin has a ‘shopping list’ of semiconductors, connectors, transformers, insulators and more – with most made by the US, Taiwan, the UK, Japan and Germany among others.

Russia has been heavily reliant on these countries in previous years but with the sanctions in play, it should not be as easy for them to get hold of the critical technology.

It is believed desperate Russians are even resorting to taking chips out of household appliances including dishwashers and fridges, according to U.S Commerce Secretary Gina Raimondo.

The shopping list seen by Politico is split into three priority categories from most critical to least, and even includes the price Russia wants to pay.

Ukrainian Prime Minister Denys Shmyhal believes that the future of the war could be based off the nature of technology.

Putin announced an array of new hypersonic weapons in 2018 in one of his most bellicose speeches in years, saying they could hit almost any point in the world and evade a U.S.-built missile shield.

But Mr Shymyhal told Politico that Russians have just ‘four dozen’ hypersonic missiles left and have already spent ‘almost’ half of their arsenal.

‘These are the ones that have precision and accuracy due to the microchips that they have,’ he said about the missiles.

‘But because of sanctions imposed on Russia, the deliveries of this high-tech microchip equipment … have stopped and they have no way of replenishing these stocks.’ 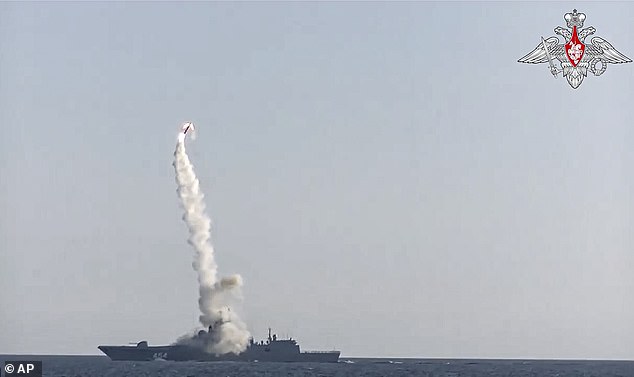 There is however concern that China could be a key player in bailing Russia out if they were to buy technologies and sell it on.

While the EU, US and Japan hit Russia with sanctions, China have not – and Beijing have had previous of supplying drones and vehicles to the invaders.

While many items that Russia is after can be found online, others have been wiped out by the global microchip shortage.

The overwhelming demand for chips, teamed with the lack of supply has caused the shortage.

The pandemic played  a major role in the decline of semiconductors and chips as demand for work-from-home technology rose as well as car companies deciding to cancel orders.

Despite the shortage, Russia seeks more fuel for their war effort to continue. According to the list that was seen, their most critically important components are AirBorn connectors which are based in the US.

Microchips by a host of companies including Altera, intel, Broadcom, Holt and Cypress also make up a considerable proportion of the Kremlin shopping list.

Less critical components included capacitators, resistors and inductors from the US, Taiwan, parts of the EU and Japan. 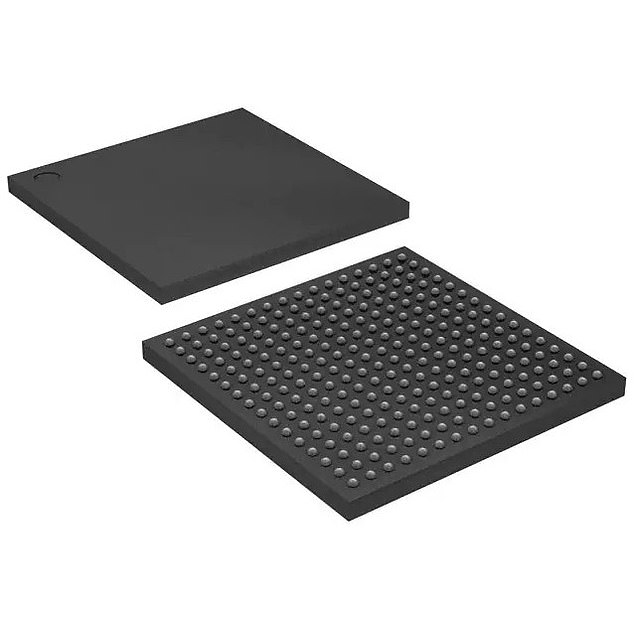 Russia, like others, are facing the global shortage of electrical components. But on top of that, it has sanctions preventing it from buying chips that are available. Pictured: The most expensive item on Russia’s shopping list is a gate array which costs 66,815.77 rubles (£937) each. Before the global shortage, it would have been closer to the £18 mark.

The most expensive item on the list is an Intel gate array which costs 66,815.77 rubles (£937) each. Before the global shortage, it would have been closer to the £18 mark.

The cheapest is a Marvell ethernet transciever at a much lower 430.83 rubles (£6).

Researchers fear that supply of goods to Russian military are often unregulated which allows them to bypass the sanctions and EU regulations which are meant to strictly control chips sales.

If Russia can be stopped from gaining access to chips, it will heavily work in Ukraine’s favour – who are already on the counter-offensive.

But many fear that despite the Kremlin running low on ammunition, Western governments may not have the ability to prevent Russian ‘friends’ like China helping them out, and further fuelling the war.