Russia has claimed Ukraine launched an attack on the Black Sea fleet naval base in Sevastopol using a “homemade drone”. The news comes as the Kremlin prepared annual celebrations for Navy Day, praising the strength of Russia’s naval forces amid the ongoing war in Ukraine. Regional governor Mikhail Razvozhayev confirmed the drone attack had forced planned celebrations in Sevastopol to be cancelled at the last moment over safety concerns. Speaking on Sky News, Moscow correspondent Diana Magnay said: “The Russians are saying that a low-cost homemade drone sent by Ukraine has hit the headquarters of the Black Sea fleet.”

Sevastopol, a major port city in Russian-annexed Crimea, is home to the primary headquarters of Russia’s famed Black Sea fleet.

Kremlin sources have revealed five people have been wounded in the attack but declared the base had only sustained minimal infrastructure damage.

Speaking of the attack on the region, Ms Magnay continued: “Therefore, all celebrations in Sevastopol have been cancelled for the day.”

Despite the accusations of Russian officials, Ukraine has not acknowledged the blast in Sevastopol, meaning President Zelensky’s military has not officially claimed responsibility. 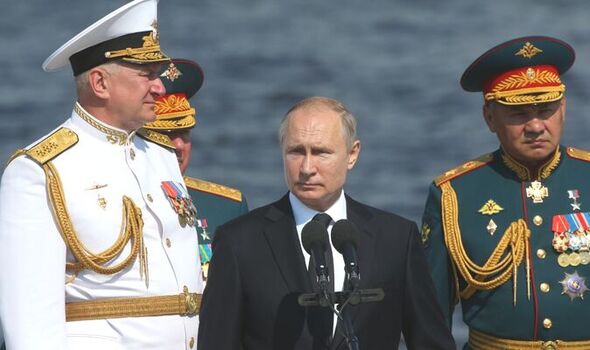 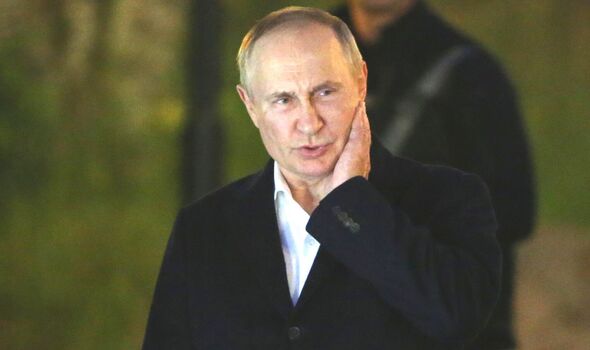 In a statement on the messaging platform Telegram, head of the Russian administration in Sevastopol, Mikhail Razvozhayev, said: “Early this morning, Ukrainian nationalists moved to spoil out Navy Day celebrations.

“An unidentified object came flying into the courtyard of the [Black Sea] fleet’s headquarters. According to preliminary information, it was an unmanned aerial vehicle.

“Five of the headquarter’s employees were injured, there are no fatalities.”

He added that Navy Day celebrations would not go ahead in the city amid “security concerns” following the strike. 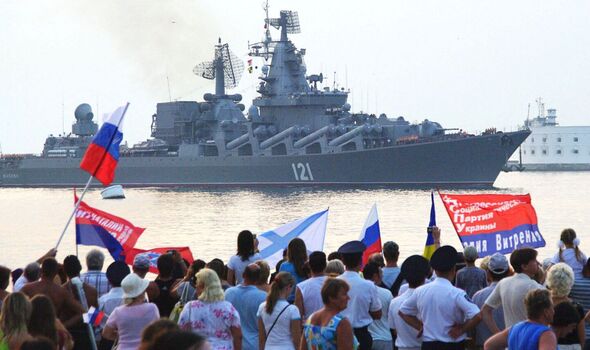 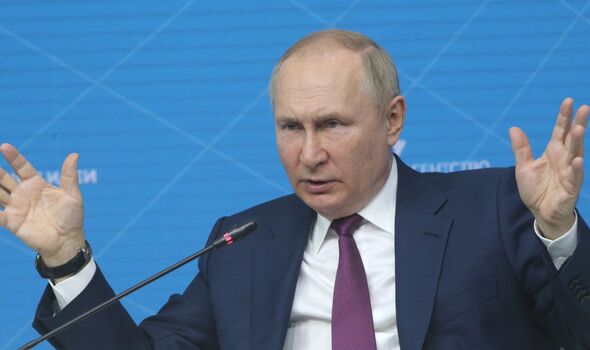 The attack comes as the latest setback for Russian armed forces following a series of devastating strikes on Kremlin military equipment.

In April, the Black Sea fleet’s flagship, the Moskva, was sunk close to Snake Island, a small strip of territory which had become an iconic region in the war.

Russian authorities have rejected the Ukrainian account, having argued the sinking was the result of an accidental onboard fire, although the Kremlin’s report is widely disputed. 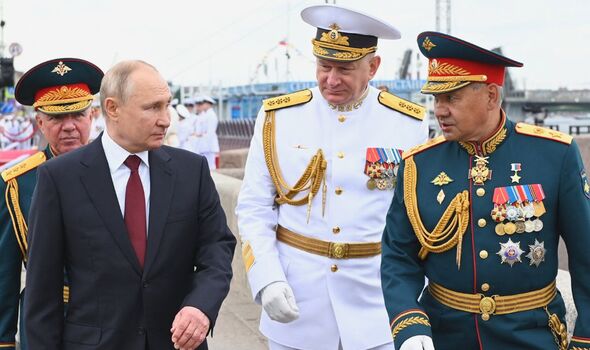 While the Navy Day celebrations in Sevastopol have been cancelled, planned ceremonies in St Petersburg will still go ahead.

President Putin is set to give an address praising the continued Russian naval contribution to the “special military operation” in Ukraine.

The Kremlin’s Black Sea fleet has been noted for enforcing a strict blockade of Ukrainian ports, preventing vital exports of wheat, among other produce, from reaching international markets.

Ms Magnay added: “However much President Putin will put a gloss on it, they have suffered significant losses, especially when you consider that Ukraine doesn’t really have a navy to speak of.”

DUP not in Brexit talks with UK government, none planned: spokesman