Russian propagandist cries as he urges others to join battle

The Kremlin has issued an order for an additional 300,000 reserve troops to be sent to the frontlines in Ukraine in a bid to continue the “special military operation”. Following Vladimir Putin’s formal announcement of the partial mobilisation, hundreds of thousands of Russian civilians fled across land borders amid panic that they would be torn from their families and forced into mandatory military service. Speaking from his comfortable-looking office set-up, state media propagandist Boris Korchevnikov broke down into tears as he shamed Russian citizens for refusing to join the armed forces.

During a broadcast on Kremlin-controlled television, Korchevnikov ranted: “A Russian soldier is going to die in battle for you.”

He referenced footage of Russian soldiers in training as he continued: “Look at this man – dying for you. Look at him! Understand that he gave his life for you.

“Think: what is our Motherland if someone is giving his life for her, but I don’t love her? If it’s worth giving your life for her and for me, how can I keep living?

“If you can’t change your attitude towards your country even then, then you are a lost cause, you’re nothing, you’re a zero.

“No need to teach you patriotism or love for mankind – you’re decay, you’re trash.” 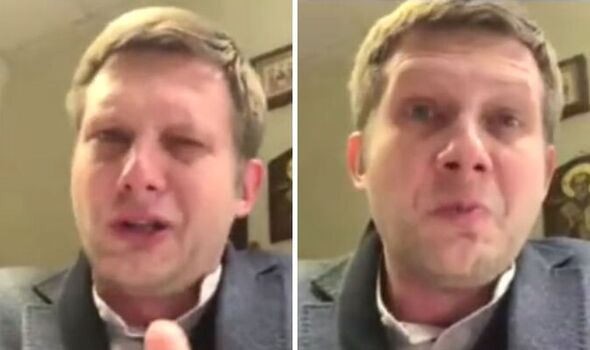 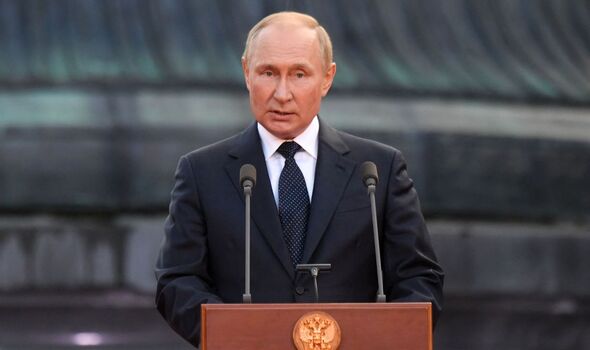 In wake of President Putin’s mobilisation decree, Russia has been shaken by a series of anti-war protests in major cities across the country.

OVD-Info, an independent human rights organisation based in Moscow, declared over 2,400 people had been detained by authorities for their involvement in unsanctioned demonstrations in the week following the national address.

In his speech, Vladimir Putin attempted to quell Russian frustrations by promising forcibly mobilised civilians the “status, payments and all social benefits of military personnel serving under contract“.

Kremlin authorities asserted only those with previous military experience would be included in the draft and have since outlined a series of exemptions from military duty, including certain health conditions and educational commitments. 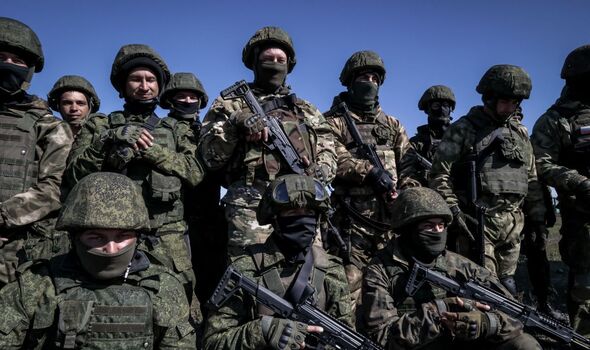 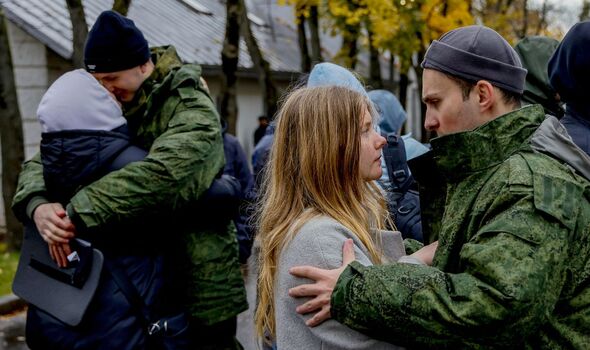 Aside from a wave of anti-war activism within Russia, hundreds upon thousands of Russian civilians have fled the country via the few land borders that remain accessible.

The queue at the border to Georgia reportedly topped a wait time in excess of 48 hours, with up to 3,000 cars waiting to pass over the checkpoint.

Adding to his tirade on state television, Korchevnikov said: “It is an enormous pain for all of us that there are people who don’t understand what this war is for and what we are fighting for.” 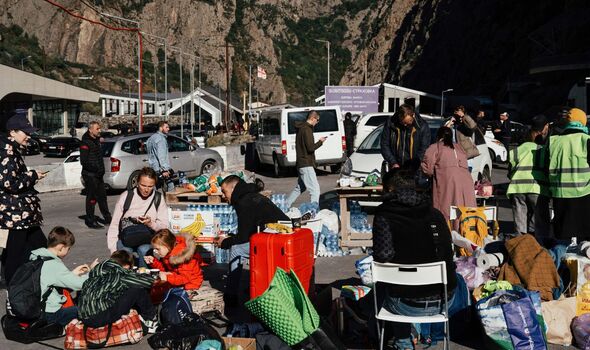 President Putin has already acknowledged significant logistical failings within his own mobilisation operation.

During a meeting with members of the Russia Security Council, Vladimir Putin said: “A lot of questions are being raised during this mobilisation campaign, and we must promptly correct our mistakes and not repeat them in the future.”

The news comes after a series of reports emerged of Russian civilians with no prior combat experience receiving papers for their call-up for military duty.

President Putin said: “Those who have been drafted without proper grounds must be sent home.”

The UK Ministry of Defence has reported the Kremlin will likely struggle to train and amply equip newly recruited Russian soldiers ahead of their deployment on the battlefield.