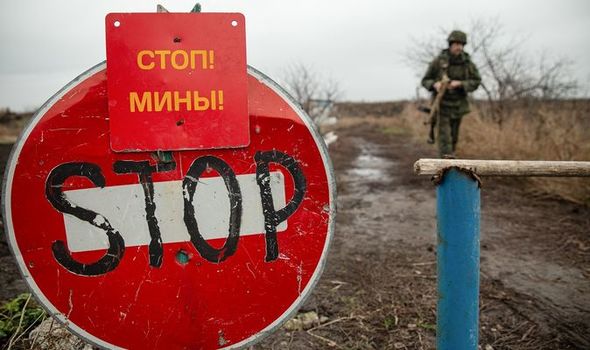 In an escalation of rhetoric, he spoke of “Russophobia” in the Donbas region of Ukraine. The Russian leader said: “We know what is happening in Donbas. It certainly looks like genocide.” Moscow annexed Crimea from Ukraine in 2014 and backs separatist rebels who have carved out semiautonomous territories around the cities of Donetsk and Luhansk.

Tensions are growing as Russian troops continue massing on the border, with the West fearing a full-scale invasion of Ukraine. But US officials said the Russian leader is yet to make a final decision on a military plan.

A senior Western intelligence official warned if it happens, a conflict could spill over further into Europe. He said: “If Russia initiates a scenario of any kind it will also initiate action against Nato members. To think war could be contained to one nation would be foolish.”

Up to 100,000 troops are believed to be positioned near to Ukraine’s border, along with tanks and artillery.