‘Sadistic’ paedophile, 26, admits 158 charges after posing as an online sugar daddy to exploit and blackmail 2,000 victims who he targeted on an ‘industrial scale’ and then sold depraved ‘box sets’ of abuse

A paedophile has admitted to posing as a rich stockbroker ‘sugar daddy’ to force youngsters to engage in sexual activity before selling depraved ‘box sets’ of the abuse to nearly 2,000 people across the globe.

Abdul Elahi, 26, who admitted to 158 offences, used fake names to befriend women and children online, and offered them cash to send him back pictures and videos of themselves.

Elahi, from Sparkhill in Birmingham, then persuaded his victims to send him more depraved material including humiliating videos of them taking part in abuse with other children and siblings.

He forced some of his victims to self-mutilate and blackmailed women to send him footage of themselves abusing young children.

Elahi was arrested by the NCA in December 2018 but released, after which he was able to continue his offending until August 2020 despite being on bail. 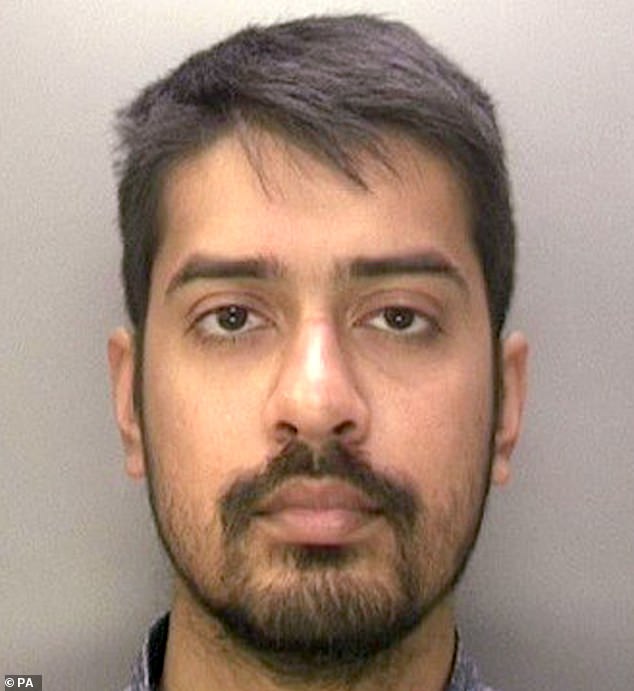 Abdul Elahi, 26, who admitted to 158 offences, used fake names to befriend women and children online, and offered them cash to send him back pictures and videos of themselves

Elahi then sent his footage online as ‘box sets’ to fellow paedophiles across the world and even ran encrypted ‘Masterclasses’ to help them avoid detection.

He posed as a wealthy middle-aged ‘sugar daddy’ who had worked as a stockbroker, using fake personal details including a photo and summary of his wealth.

He forced some of his victims to self-mutilate and blackmailed women to send him footage of themselves abusing young children.

His victims were as young as eight-months-old.

Elahi will be sentenced in September after he admitted 157 offences at Birmingham Crown Court.

As many as 550 women in the UK have been identified by the National Crime Agency (NCA) as victims of Elahi, in 20 countries including Australia, Canada and New Zealand.

Most of his victims were in the US and the CPS and NCA worked with the FBI and Department of Justice in the US to build the case against Elahi.

Elahi was snared in December 2018 by NCA agents, after an allegation he was blackmailing a teenage girl in the United States.

His mobile phone and computers were seized and forensically examined, leading investigators to uncover his ‘industrial-scale’ offending. 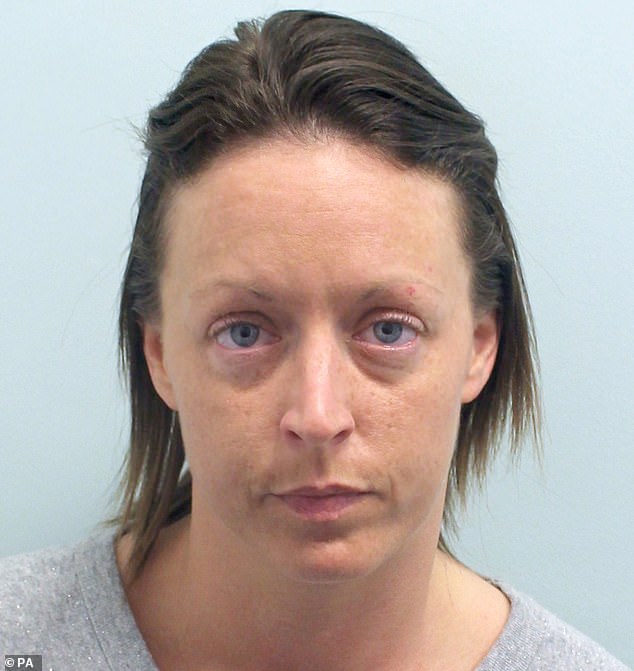 Kirsty Nicholls, 35, of Northolt, west London, knew Elahi from a sugar daddy website and together they admitted two sexual assaults against a child and both admitted making indecent images of the child

Elahi admitted offences against a total of 79 victims, ranging from children aged under one to adults, carried out between January 2017 and August 2020.

Tony Cook, NCA Head of CSA operations, said: ‘The investigation team have been horrified by Elahi’s sadistic depravity and stunned by the industrial scale of his worldwide offending.

‘Elahi sought sexual gratification from having power and control of his victims and he’s displayed zero empathy for them.

‘He often goaded them to the point of wanting to kill themselves.

‘The effects on the victims in this case will continue throughout the rest of their lives.

‘I commend the victims for their bravery and I urge anyone who is being abused online to report it. There is help available.

‘Sadly there are very many offenders like Elahi who mask their real identities with convincing personas to exploit both children and adults.

‘I urge parents to speak with their children about who they communicate with online and what they share.

‘People need to understand these offences can happen to anyone.

‘Our investigation has sparked a series of other inquiries into Elahi’s associates and there is ongoing work to bring others to justice.

‘We thank our international partners especially the FBI for the support given to us on this case.’

‘We have managed to remove thousands of images but there is more outstanding and this work will continue for many months to come.

‘This content is some of the most extreme that the Helpline has ever dealt with.

‘It is not simply nudity or sexually graphic, it is violent, degrading and deeply harmful.

‘The impact of the sharing of this content is devastating and life-changing and should not be underestimated.’

Sarah Ingram, CPS specialist prosecutor, said: ‘The crimes that Elahi committed worldwide were horrifying and sadistic. He coerced vulnerable children and women to engage in sexual activity and then blackmailed them for his own gain.

‘The extent of the offences is almost unheard of. This level of depravity is shocking and will impact the victims for their whole lives. I commend the victims for their bravery and urge anyone who has been abused online to report it so that justice can be served, whether the crimes were committed in England or abroad.’

Kirsty Nicholls, 35, of Northolt, west London, knew Elahi from a sugar daddy website and together they admitted two sexual assaults against a child and both admitted making indecent images of the child.

She will be sentenced with Elahi on September 9 and 10.

A ban on reporting Elahi’s pleas was lifted by a judge at Birmingham Crown Court today.