Satanic Verses author Salman Rushdie lost the sight in one eye, the use of a hand and suffered FIFTEEN wounds to his neck and body in ‘brutal’ knife attack during New York lecture

Author Salman Rushdie has lost sight in one eye and mobility in one hand after he was brutally stabbed while giving a lecture in New York, his agent has revealed.

The 75-year-old – best known for his novel The Satanic Verses which triggered a fatwa calling for his death from the supreme leader of Iran – was stabbed multiple times as he took to the stage to give a talk on artistic freedom at the Chautauqua Institute on August 12.

Mr Rushdie had to undergo emergency surgery after suffering stab wounds to the neck and stomach, puncture wounds to his right eye and chest and a laceration on his right thigh.

At the time it was not clear whether Mr Rushdie would survive the attack, with his accused attacker Hadi Matar, 24, saying in a jailhouse interview that he was ‘surprised’ the author had lived.

And now, agent Andrew Wylie has revealed for the first time just how serious Mr Rushdie’s injuries are in an interview with Spanish newspaper El País.

‘His wounds were deep. He lost sight in one eye. He suffered three serious neck injuries and lost mobility in one hand because the nerves were cut by the stab wounds,’ Mr Wylie said. 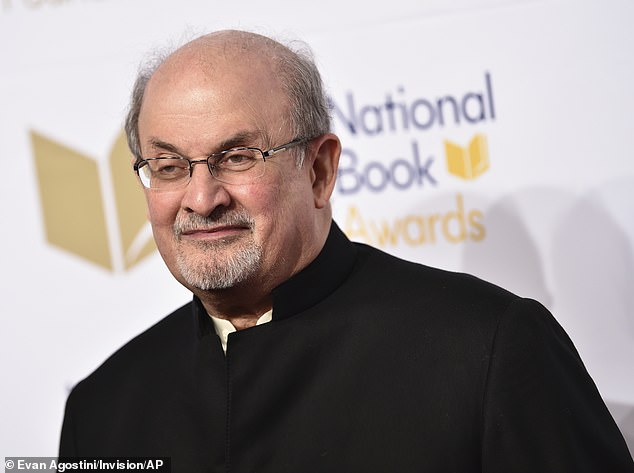 Salman Rushdie (pictured) has lost sight in one eye and mobility in one hand after he was brutally stabbed while giving a lecture in New York, his agent has revealed

‘And he suffered another 15 injuries to his chest and torso. So it was a brutal attack.’

The agent declined to comment on whether his client was still in hospital but added: ‘Rushdie will survive.’

Mr Wylie said that he had discussed the possibility of an assassination attempt with Mr Rushdie in the past.

He said: ‘The principal danger that he faced so many years after the fatwa was imposed is from a random person coming out of nowhere and attacking [him].’

‘So, you can’t protect against that because it’s totally unexpected and illogical. It was like John Lennon[‘s murder].’

But Mr Rushdie had spoken about how his life was ‘very normal again’ after years of hiding and death threats in an interview just days before he was stabbed. 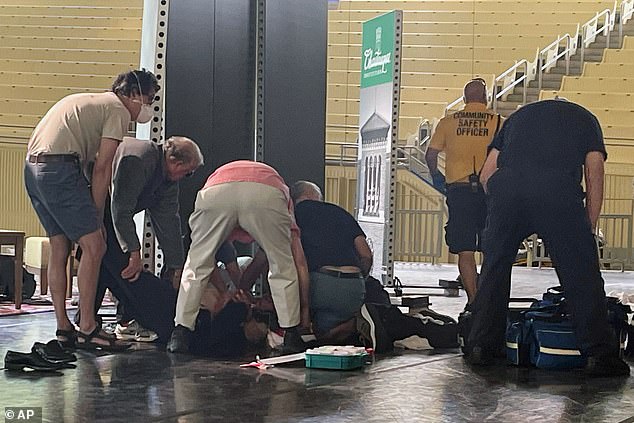 Mr Rushdie (pictured being tended to after the attack at the Chautauqua Institution in New York) had to undergo emergency surgery after suffering three stab wounds to the neck, four to the stomach, puncture wounds to his right eye and chest and a laceration on his right thigh

In an interview with German magazine Stern in early August, Mr Rushdie said death threats ‘have become more normal’ – but that the fatwa no longer scared him.

He said: ‘A fatwa is a serious thing. Luckily we didn’t have the internet back then. The Iranians had send the fatwa to the mosques by fax.

‘That’s all a long time ago. Nowadays my life is very normal again.’

The man accused of stabbing Mr Rushdie pleaded not guilty to second degree attempted murder and assault charges when he appeared in court on August 18.

Hadi Matar, 24, appeared in court wearing a grey-striped jumpsuit and a white COVID-19 mask, as District Attorney Jason Schmidt claimed: ‘His mission to kill Mr. Rushdie is greater in his mind and outweighs his personal freedom.’ 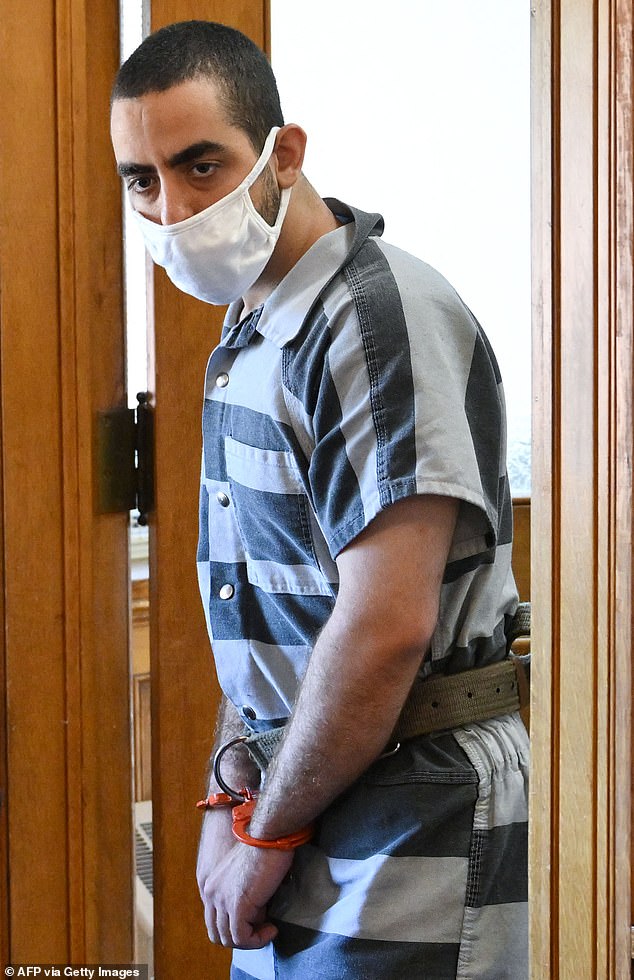 Accused attacker Hadi Matar, 24, (pictured in court on August 18) said he was ‘surprised’ that the author had survived

Mr Schmidt argued that Matar should be kept in custody as a trial into the attack proceeds and he was ordered not to have any contact with Mr Rushdie.

He also agreed to a request by his defence attorney to issue a temporary gag order barring the parties from discussing the case in the media.

In his interview with El País, Mr Wylie also spoke about the ‘rise of nationalism’ and the banning of Maus – the Pulitzer Prize-winning book by another of his authors, Art Spiegelman – in some American schools.

The graphic novel was banned by a Tennessee school district due to ‘inappropriate language’ (eight swear words) and an illustration of a nude woman.