Incredible video captures 4.5metre saltwater crocodile known as ‘Tommy’ swimming like a DOLPHIN alongside a tinny – and he’s not happy!

A North Queensland fisherman has captured the incredible moment an enormous saltwater crocodile swam beside a boat like a dolphin.

Alec Dunn filmed the four-and-a-half-metre crocodile porpoising in the water longside his tinny on the Bloomfield River, north of Cairns, on Monday.

The crocodile, known as ‘Tommy’ created a huge wake off its back as it glided downstream.

Mr Dunn said Tommy was swimming underneath his boat before he emerged and followed him through the shallow water. 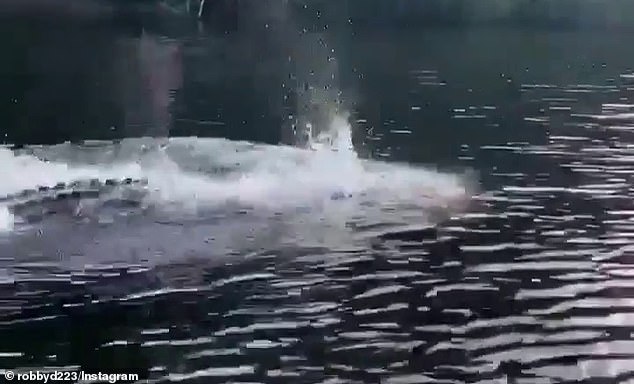 ‘He came up with this growl and locked eyes with me. I was only in a 3.5metre tinny and he cruised right next to me. It was interesting,’ he told Cairns Post.

‘He was gaffing it for that deep water. He was sizing me up and I thought he was going to go for the tinny, but lucky he didn’t.’

Mr Dunn said Tommy is one of several large crocodiles in the region known to local fisherman and not the biggest of the group.

His footage of the crocodile went viral, with many commentators wondering why Tommy was traversing like a dolphin. 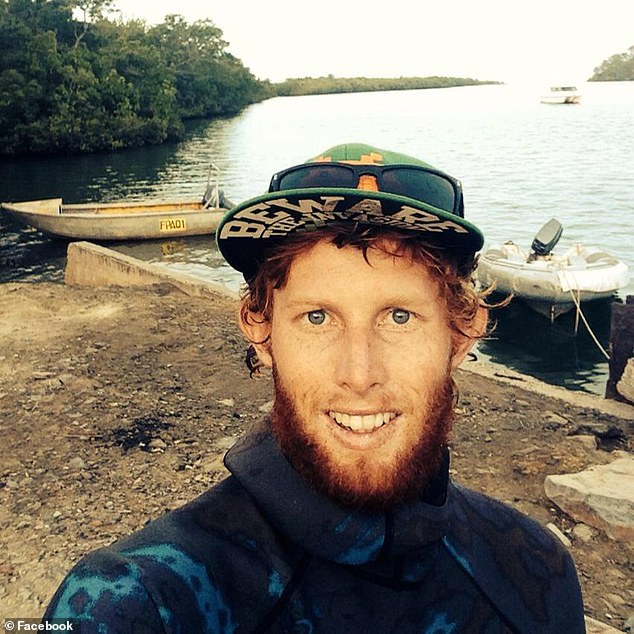 Mr Dunn (pictured) said the 4.5metre beast swam underneath his tinny and growled at him before he started filming

Mr Dunn believes he was simply bounding off the bottom of the river in the shallow water and coming up to breath.

‘That’s an angry dive down, not one we usually see when they are just hiding,’ he said. 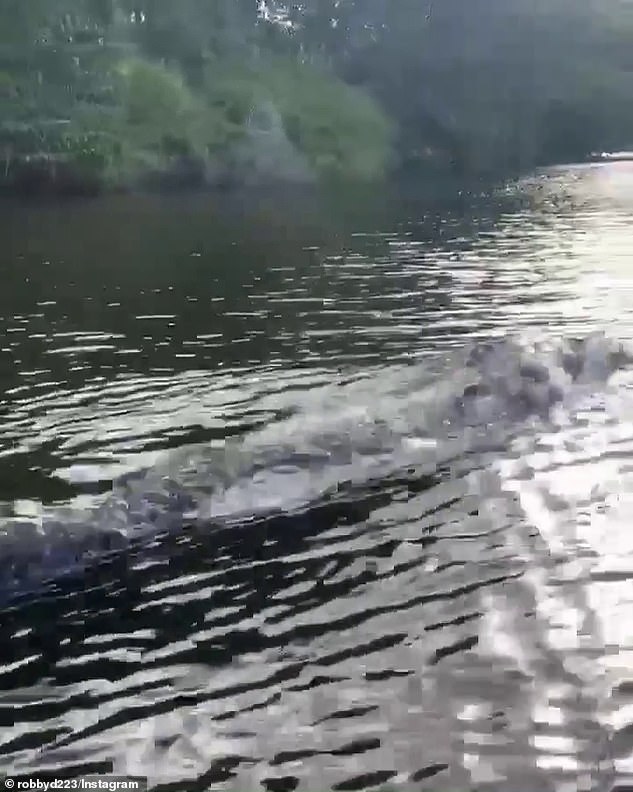 Bright fireball surprising northern Florida turns out to be a meteor