LONDON (Reuters) – The slump in Turkey’s lira in the wake of the Turkish military advance into Syria has made it October’s worst performing major currency, a move that looks even starker considering most emerging market currencies have powered ahead. 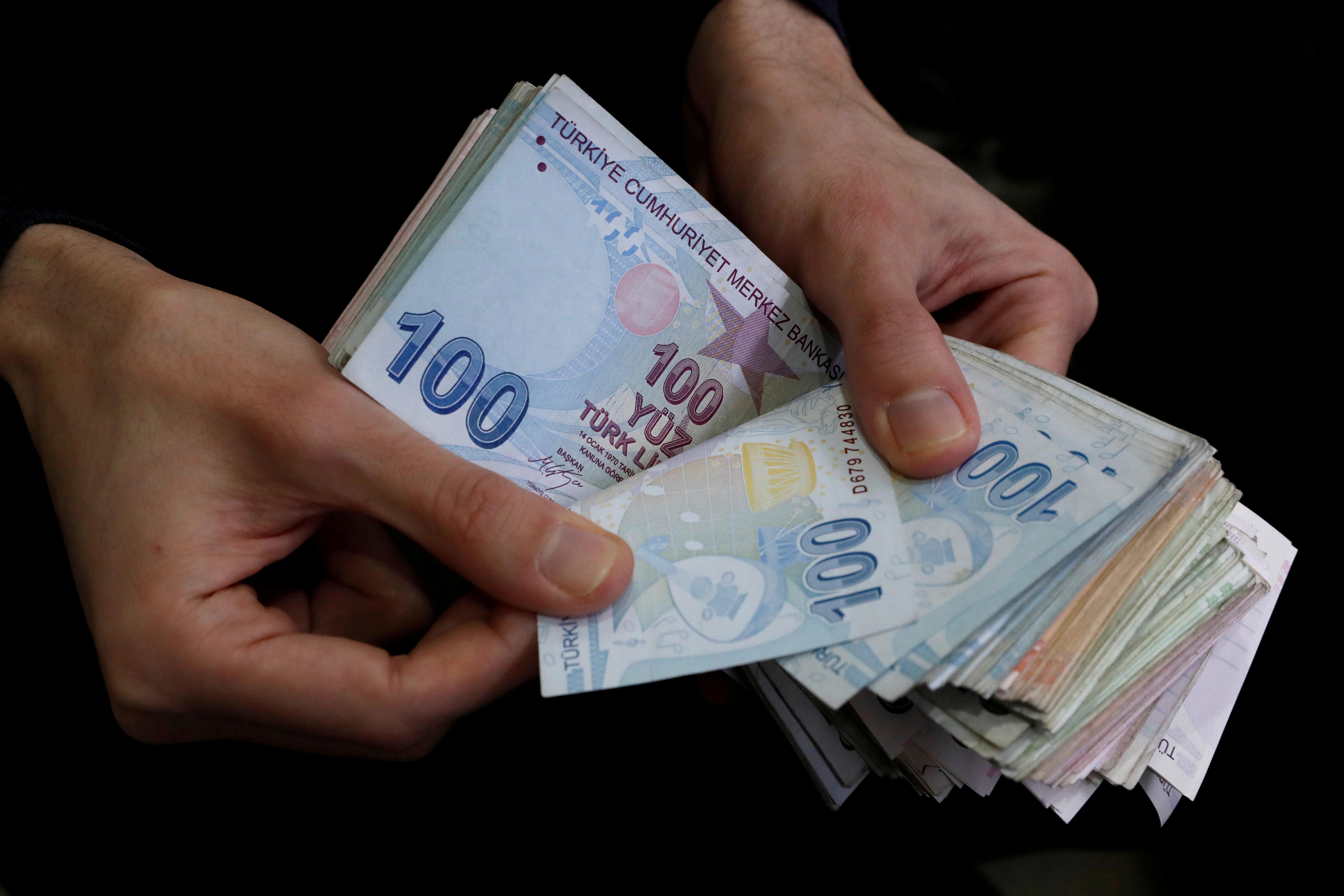 The lira is no stranger to volatility, but this month’s 5% dive against the dollar stands out when compared to a 1.3% gain for MSCI’s Emerging Markets Currency Index. .MIEM00000CUS

The broader emerging markets rally has been underpinned by signs of a partial trade deal between the United States and China and by stimulus, but Turkey-watchers have been rattled by threats of international sanctions over its actions in Syria.

U.S. President Donald Trump warned on Sunday that “big sanctions on Turkey are coming” having already threatened to “obliterate” its NATO ally’s economy if Ankara’s attack on the Kurdish-led forces in northeastern Syria went too far.

European Union governments also agreed on Monday to limit arms exports to Turkey, although they stopped short of a formal EU embargo on the country which has helped stem the tide of refugees from Syria and other nearby countries.

“I’m struggling to see a positive trigger event (on Turkey) at the moment,” said Allianz Global Investors emerging markets CIO Richard House. “It is just quite staggering what is going on.”

Investment banks have also turned against the lira again.

JPMorgan identified the lira, along with Russia’s rouble, as the most exposed to political uncertainties. Goldman Sachs has warned about geopolitics and domestic economic policy, while Rabobank last week questioned whether the lira might be on the brink of another “currency crisis”.

“If the U.S. Congress opts to impose economic sanctions on Turkey, this relatively small move (in the lira) is likely to prove just the beginning,” Rabobank’s Piotr Matys said.

The economy is now recovering but remains in a fragile state and the lira’s latest shakes show it clearly remains vulnerable.

It slumped earlier this year after the dismissal of the central bank governor by President Tayyip Erdogan – a frequent meddler in monetary policy – and when Washington threatened sanctions for Turkey’s purchases of Russian S-400 missile defenses.

Even so, the currency had been doing better, helped by the Turkish central bank’s efforts to steady it this year and supported by bonds that offered some of the highest interest rates on global markets.

It may also have been aided by a relative lull in dollar bond repayments in recent months. But that lull is about to come to an end with about $17 billion worth of repayments due across the economy before the end of year, Allianz estimates.

The worry is that, if the lira buckles again under the weight any sanctions, those payments become more expensive.

S&P Global sovereign analyst Frank Gill said his key question was whether Turkish banks could roll over and refinance all of their upcoming dollar and euro-denominated debt.

S&P estimates that, while Turkey’s government debt is low at roughly 30% of gross domestic product, the amount of private sector debt needing to be refinanced or paid back over the next 12 months is equivalent to 20% of GDP.

“Clearly the reason why the markets are focusing so much on the sanctions is that they are worried they are going to hit the banks’ ability to roll over (their debt),” Gill said.