IN THE final seconds of audio between a SoCal tower and a plane that crashed into houses in Southern California on Monday, Air Traffic Control can be heard saying, "Climb immediately."

The audio was released by KUSI News in San Diego on Monday evening. 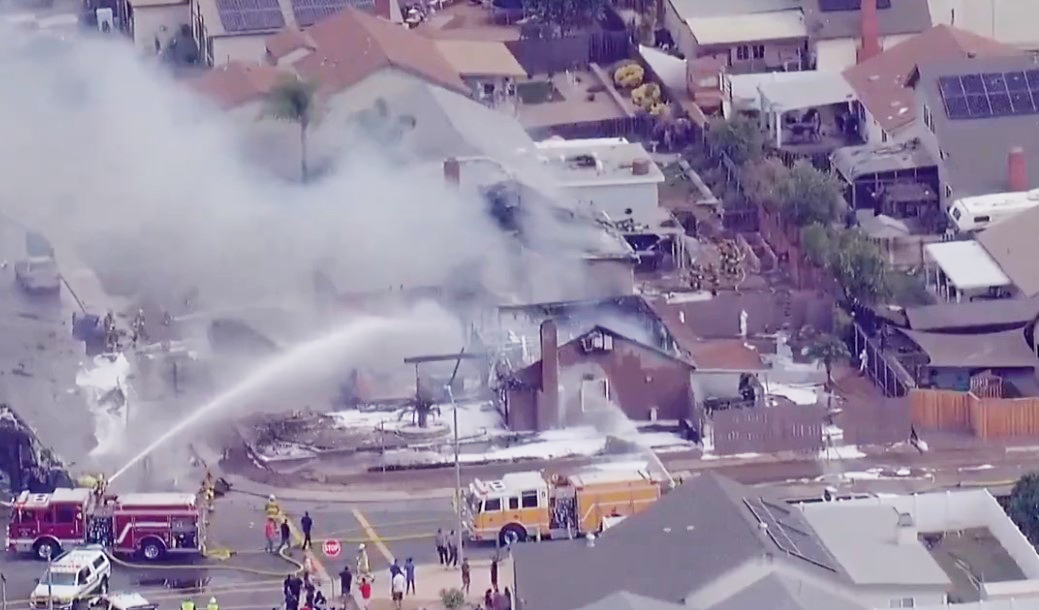 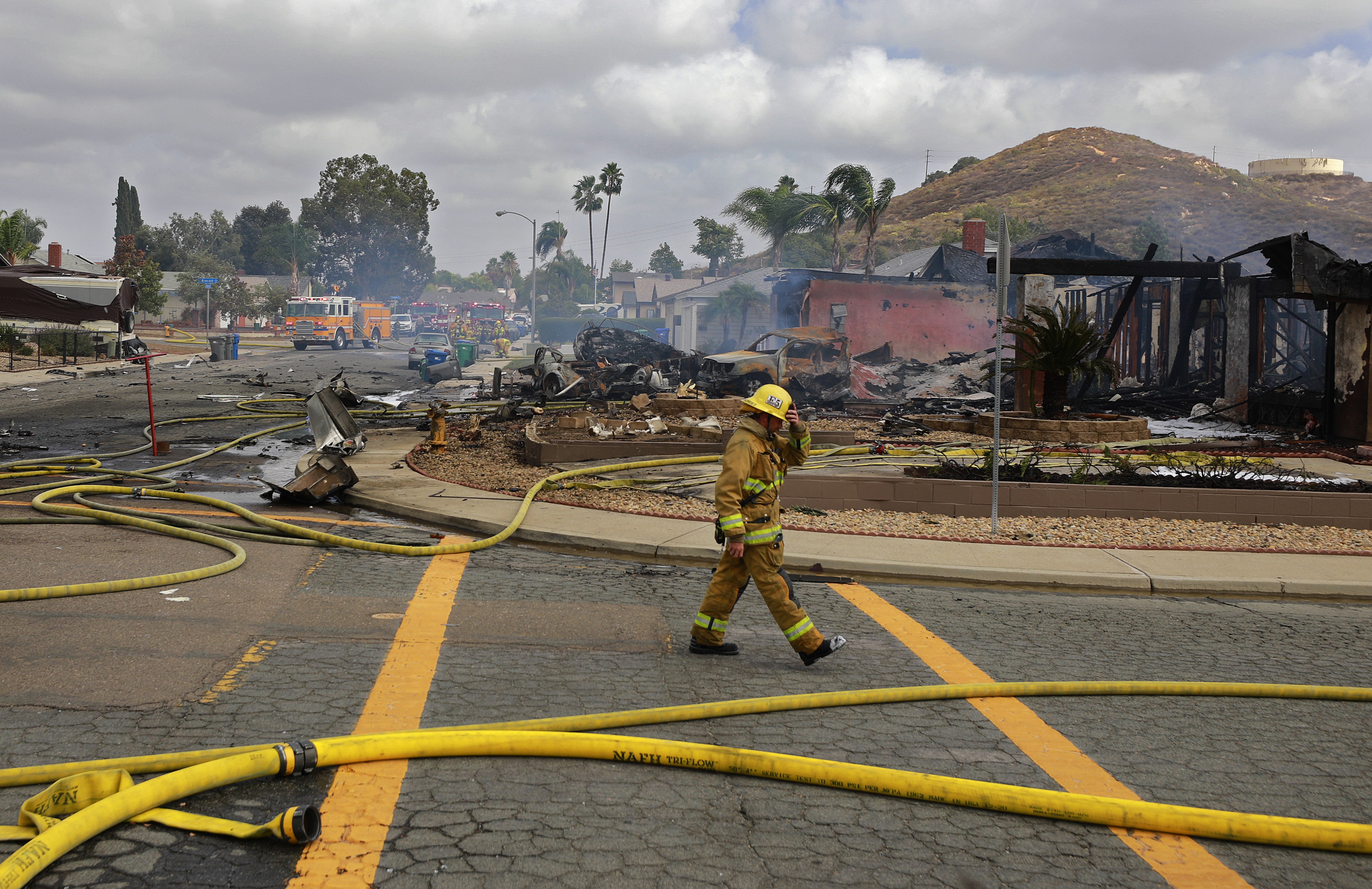 Earlier in the day, at least two people were killed when a two-engined Cessna crashed into houses near a Santana High School in Santee, California, 20 miles east of San Diego.

According to a statement from UPS, an employee of the company was killed.

In the audio, the pilot of the plane's conversation is often unintelligible, but Air Traffic Control can be heard saying, "It looks like you are descending, sir. I need to make sure you are climbing, not descending."

After the pilot replied, Air Traffic Control then said, "… You appear to be descending again, sir. Are you… what is your altitude?"

The audio in KUSI's broadcast then cuts out.

Authorities rushed to the scene where a plane crashed into at least two homes at 12.30pm PT.

Firefighters were on the scene hosing down buildings where the plane crashed after huge plumes of black smoke were seen billowing into the sky.

It is unclear if anyone was inside of the homes at the time of the crash.

All students were safe, the school confirmed.

It is unclear how many people were aboard the Cessna 340A, but Justin Matsushita, deputy fire chief for the city of Santee, said that it is unlikely anyone inside the plane would have survived the crash.

"We are heartbroken by the loss of our employee, and extend our deepest condolences to his family and friends," UPS said. "We also send our condolences for the other individuals who are involved in this incident, and their families and friends." 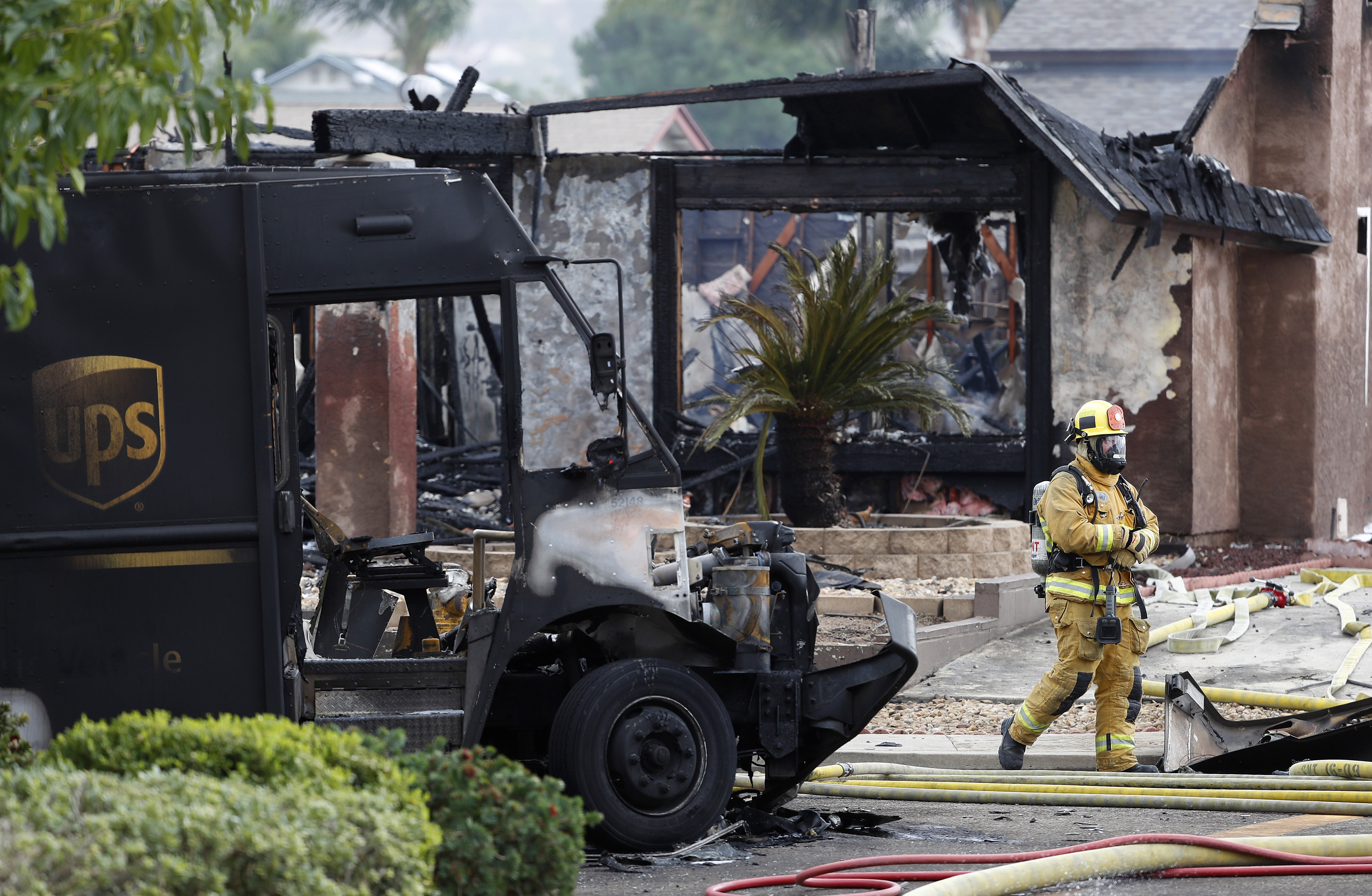 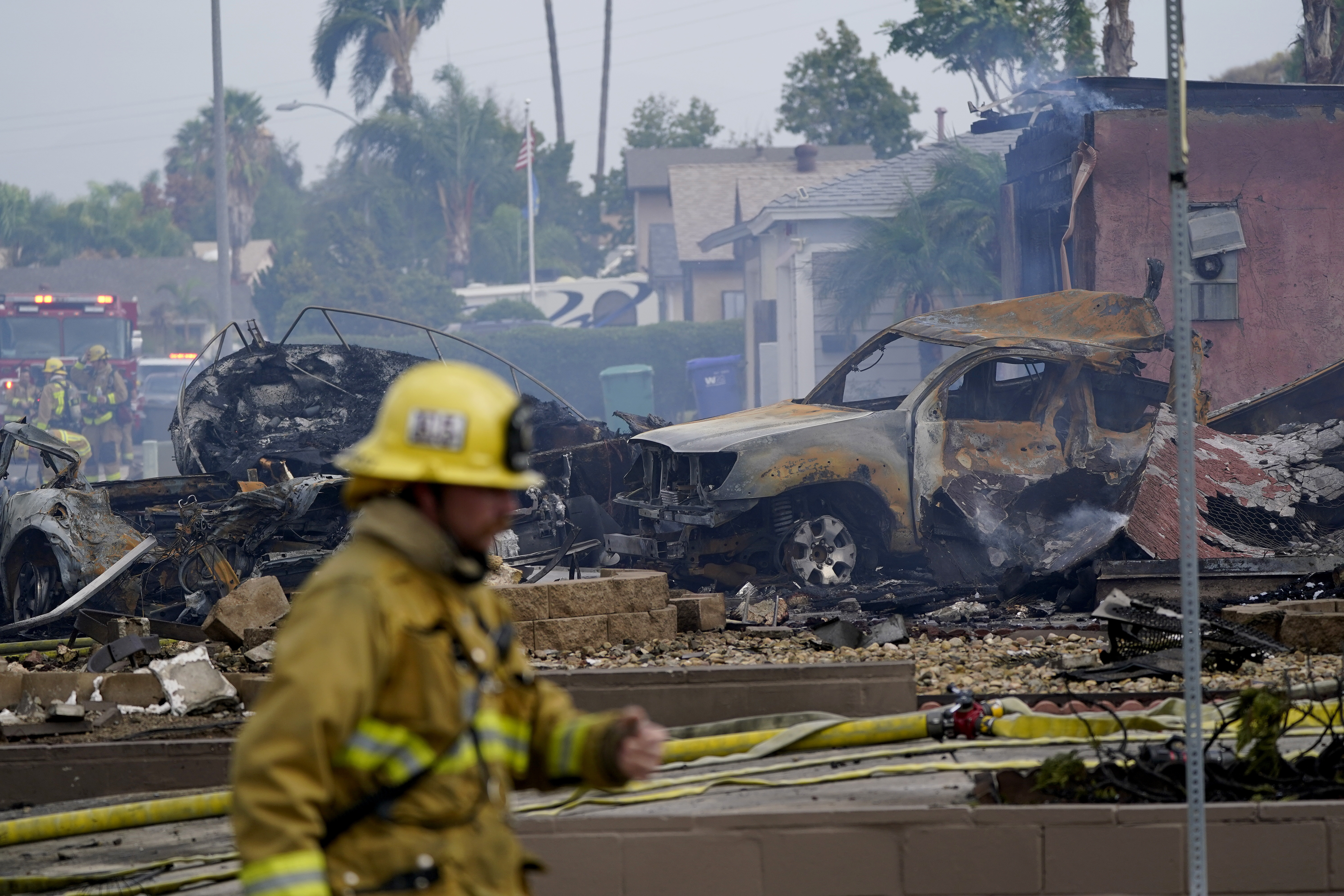