Kind-hearted schoolboy, 11, opens his SECOND foodbank and gives away toys to help those struggling this Christmas

An 11-year-old schoolboy is helping those struggling to pay their bills this Christmas by opening his second foodbank, complete with toys to be redistributed to other children for families who can’t afford to buy them.

Isaac Winfield, from Worcestershire, previously used his birthday money to launch his first foodbank during the pandemic, which he ran out of his garden shed.

He gathered donations of food and toiletries from local businesses and wellwishers which he then handed out to those in need of extra support.

The youngster started a Friends of Isaac’s Food Bank group on Facebook, and now helps hundreds of families every week. 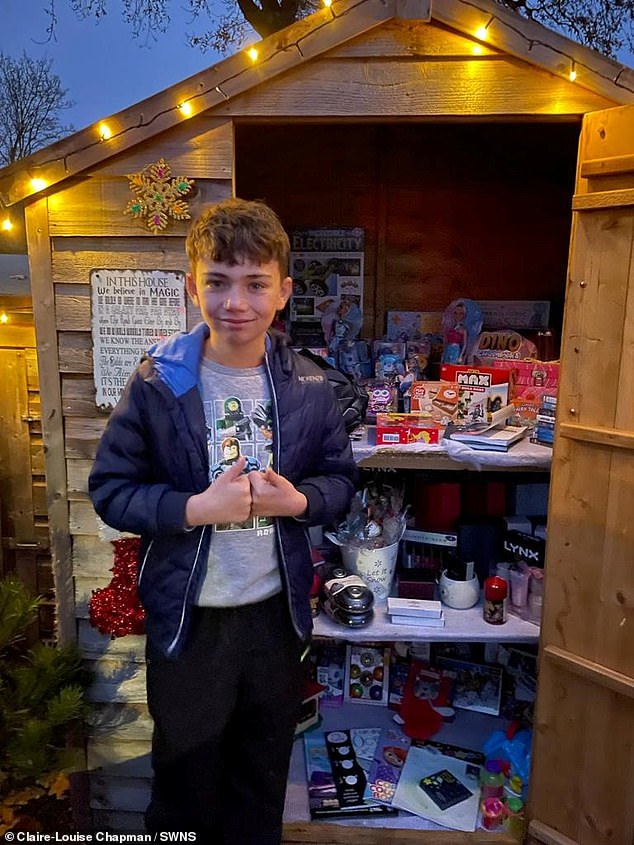 Isaac Winfield, 11, has opened his second food bank and is collecting toys for families unable to afford them this Christmas

Isaac has also previously collected device chargers which use solar power to help those affected by war in Ukraine.

Amid the cost of living crisis and a surge in demand over the festive season, Isaac successfully opened his second foodbank in his hometown of Redditch, Worcestershire.

Isaac’s proud mum Claire, 42, said: ‘People are wanting meals that are really quick and that can be made in a microwave or by boiling a kettle – saving energy.

‘We are well-prepared thanks to the generosity of the public.

‘On our quiet days, we will have around ten visitors but then on busy days, we can see queues on the drive. We are busier than ever.

‘Earlier this year, Isaac collected solar power chargers to help those in Ukraine whose electricity had been cut off.

‘The cost-of-living crisis is really forcing lots of people to choose between heating and eating.

‘Isaac wanted to help and particularly those who are cold and hungry at Christmas time. We’re thrilled we’ve been able to open a second foodbank.’ 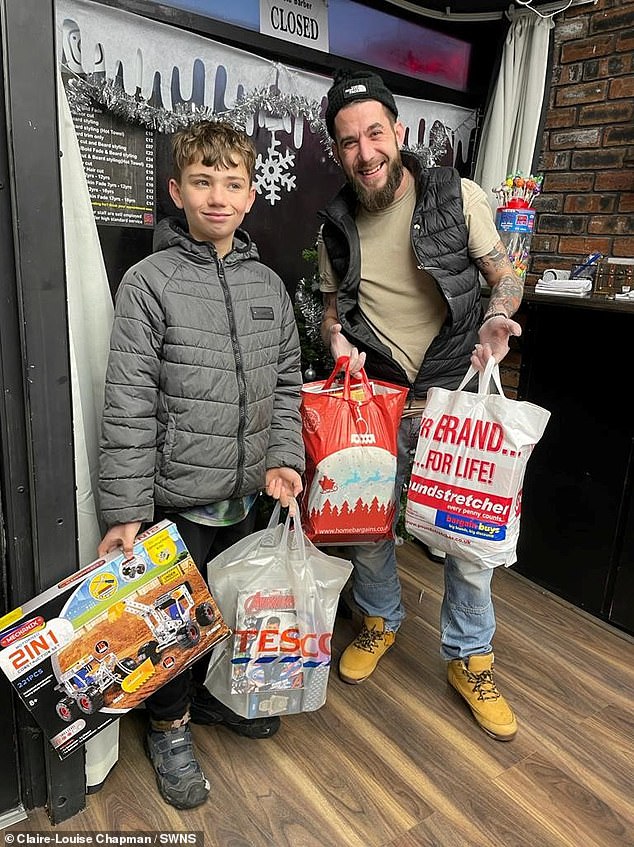 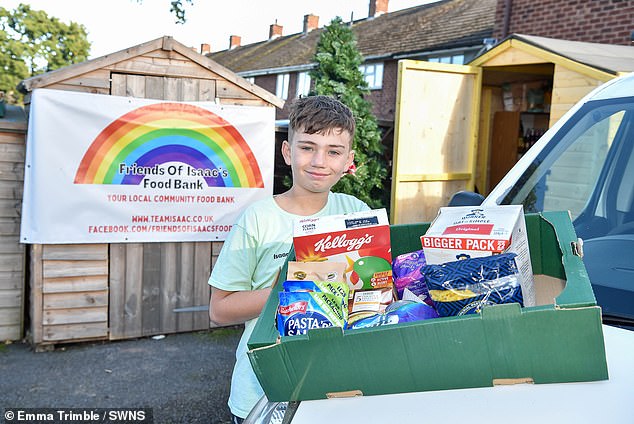 Isaac opened his first foodbank during the pandemic, originally based in a small greenhouse on his family’s drive 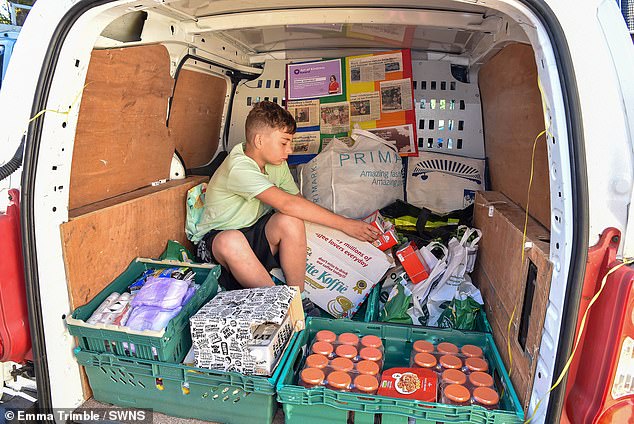 The new foodbank is named ‘Samuel’s Place’ after the son of a local business owner who donated the shed to Isaac.

The foodbank is open 24-hours-a-day for struggling families to visit and help themselves to supplies.

Wellwishers can also donate food or ask for supplies by contacting Isaac’s page on Facebook.

A post from Isaac’s mother after the foodbank had been declared open included a thank you message to all who have supported Isaac’s cause: ‘To all of those that support us, near and far.

‘We would still be a tiny greenhouse on the drive if it wasn’t for each and every one of you.

‘The shopping donated directly, those items at our donation points, the Amazon orders and the money donated at our events, online, internationally. You have made today.’

Isaac, who was born with a rare chromosome disorder, started his first foodbank during the pandemic using his birthday money after learning his new school didn’t accept food donations.

Since starting in 2020, the service has grown so much that his family had to install a shed outside his home in Greenlands to store the hundreds of donated items.

On a busy day, the foodbank can expect to feed between 80-100 families, with people queuing to retrieve donations.

Alongside setting up another foodbank shed, Isaac has also created a toy donation shed on his driveway to collect toys for families who are struggling to afford to buy Christmas presents for their children.

Mum Claire added: ‘The toy shed has helped so many people this year, we must have handed out more than 100 gifts and we have had three times the number of donations.

‘We have had some brilliant things donated – one gentleman even donated a bike.

‘We wouldn’t have got this far without the generosity of the public and even though us adults put in some hard work it’s all thanks to Isaac this has all happened.

‘Isaac wants to set up a third site, maybe in Bromsgrove, but it’s finding a family who will be able to host a shed.