A second man has accused former Collingwood Football Club cheer squad identity Jeffrey “Joffa” Corfe of sexually assaulting him when he was 16, less than a month after Corfe pleaded guilty to sexually abusing another boy in 2005.

Corfe, 62, became a Melbourne celebrity in the late 1990s for being a major fixture at Collingwood games as the team’s cheer squad leader. 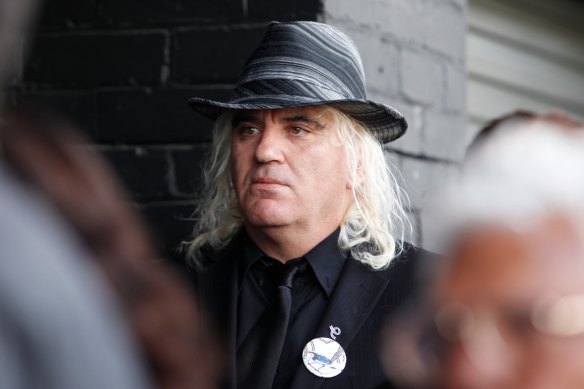 Thomas*, who is now 39 and lives in Melbourne’s west, alleges he was 15 when he began speaking to Corfe on a hotline for LGTBQ teenagers in early 1999.

Thomas says Corfe originally told him that he was a 22-year-old counsellor named David and arranged to meet at a Collingwood football match a few weeks after his 16th birthday. At the time, Corfe was 39 and was allegedly aware Thomas was 15 when they first spoke on the phone.

After their second meeting, when they watched Collingwood play Hawthorn on March 28, 1999, Thomas claims he and Corfe walked to Flinders Street Station, where the alleged assault happened inside a bathroom. Thomas said he then left and boarded a train.

Thomas did not report the case to police but signed a statutory declaration for The Age to validate the allegations.

He said he felt he had been “tricked” by the AFL fan and was embarrassed about the incident.

“I saw the article about his arrest, and I knew I had to let someone know because Jeff, being the adult at the time, should not have tricked me into a friendship or acted that way, and if I was a parent, I would not want my son being around someone like this,” Thomas said.

Thomas said he regrets not going to police at the time.

“It upsets me to know he kept this behaviour up – that is the part that gets me, and I would have reported him if I had my time over,” he said. 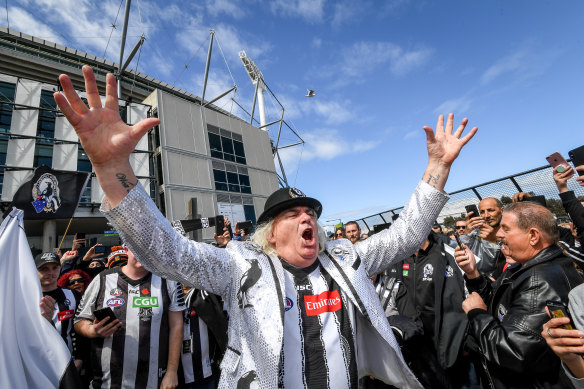 Jeffrey Corfe outside the MCG in 2018.Credit:Justin McManus

Corfe last month pleaded guilty to a charge he sexually assaulted a 14-year-old boy in 2005.

“I strongly suspect he told me about his counselling and social work to have me think he was a safe space or someone to vent to or rely on with any questions I had or issues I faced,” Thomas said.

“I do hope he has not done these sorts of things to too many people as that is not OK, and he does need to answer to this sort of conduct.”

It is an offence under Victorian law for an adult to engage in sexual relations with a child under the age of 16, or where sexual contact occurs between a child aged 16 or 17 by an adult who cares for, supervises or has authority over the child, according to Victoria Legal Aid.

During last month’s hearing for the 2005 sexual assault, County Court judge Gerard Mullaly indicated Corfe would likely avoid prison over that incident, and that he was entitled to rely on his good character in his defence.

The court heard Corfe had communicated with the victim sporadically via an email-based messenger service from late 2004 to early 2005, before arranging to meet in person.

“He can call on his good character and … his significant contributions to the community in asking for a merciful sentence for what was a one-off event,” Mullaly said last month.

Corfe’s lawyer, Christopher Terry, told the court in November his client was struggling with his sexual identity at the time of the offence and that there was a remote, if not non-existent, risk of him re-offending.

Prosecutors are seeking a term of imprisonment, and Corfe, who is on bail, is expected to return to court in February.

Corfe no longer has an association with Collingwood and there is no suggestion the club was involved in his alleged offending.

*Thomas is not his real name. The man cannot be named for legal reasons.