The transport secretary said Shaun Bailey’s behaviour was ‘unacceptable’ and threatened ‘further action’ in a scathing interview this morning.

A picture of the ‘raucous’ gathering at Conservative Campaign Headquarters on December 14, 2020, emerged last night.

It showed Mr Bailey smiling with a crowd of staffers as well as billionaire Tory donor Nick Candy.

He resigned as chair of the London Assembly’s policing and crime committee last night. 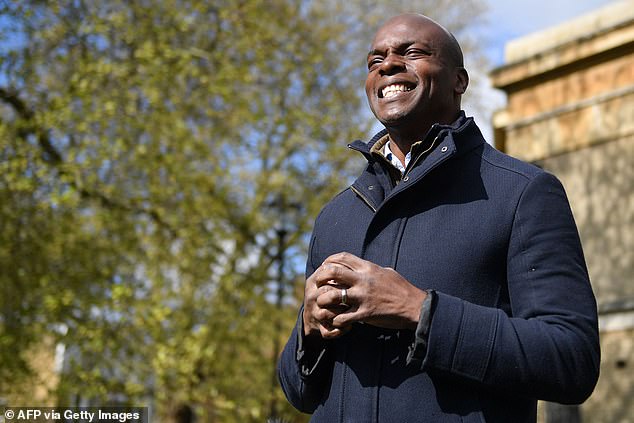 ‘[Mr Bailey] does not want an unauthorised social gathering involving some former members of the London mayoral campaign team last December to distract from the Committee’s important work,’ said a Conservative spokesman

Mr Shapps told the Today programme: ‘That scene is absolutely unacceptable. It is unacceptable for people to be breaking the rules. That was not authorised by the Conservative Party.

‘Those Conservatives who were on secondment from the party have already been disciplined and whatever further action needs to be taken will be taken.’

Mr Bailey bowed to pressure yesterday afternoon after a week of intense demands for him to quit.

Downing Street staff joined the party, which included dancing into the early hours despite Tier 2 restrictions in London barring indoor socialising at the time.

Four staff members have been disciplined over the ‘raucous’ gathering, in which a door was reported to have been damaged.

An image taken on the night shows Mr Bailey, 50, in the middle of a crowd of 24 huddled closely at CCHQ with platters of food nearby.

None of the partygoers were wearing masks and some of them – including billionaire Tory donor Mr Candy – raised their drinks to toast the night.

This was despite millions of Londoners being forced to self-isolate in line with Tier 2 restrictions. 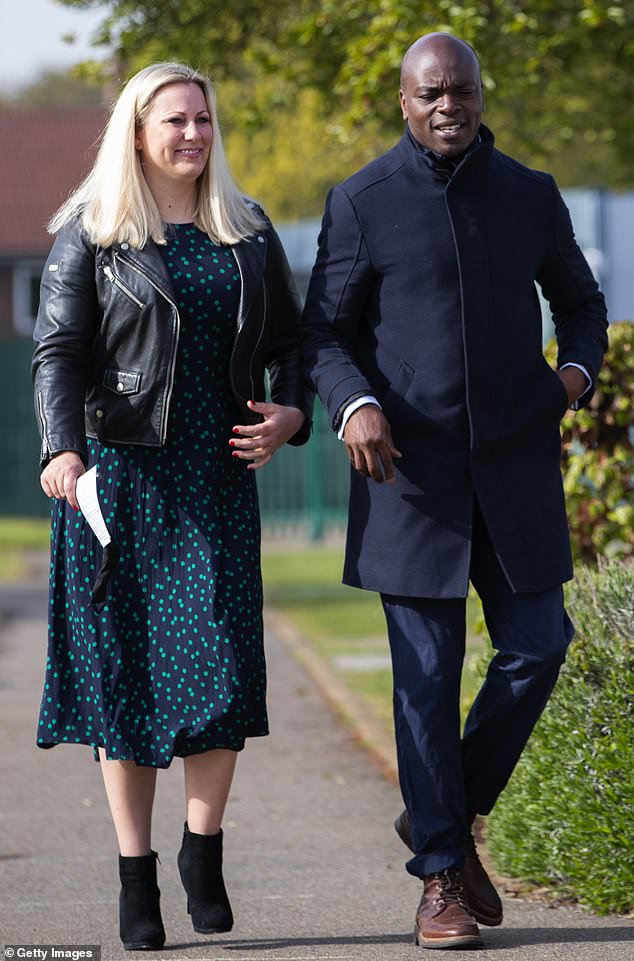 Mr Bailey (pictured with wife Ellie) is understood to have left the party at Tory HQ early in the evening on December 14 last year, shortly after a photograph was taken of 24 people huddled together

Mr Bailey had been scheduled to chair Wednesday’s police and crime committee, where it was expected London Assembly Members would demand he step down.

But an email announced City Hall Conservative leader Susan Hall would chair the committee in the interim.

A Tory spokesman from the Greater London Assembly said: ‘Shaun Bailey AM has stood aside as Chairman of the London Assembly’s Police and Crime Committee.

‘He does not want an unauthorised social gathering involving some former members of the London mayoral campaign team last December to distract from the Committee’s important work holding the Mayor of London to account.

‘He will continue to speak up for Londoners who no longer feel safe in our city and push for a strategy to tackle the disproportionate level of crime in London’s black community.’

A campaign spokesman for Mr Bailey added: ‘On the evening of 14 December 2020, at the end of the working day, the campaign hosted a post-work event to thank campaign staff for their efforts over the course of the year.

‘This was a serious error of judgement and we fully accept that gathering like this as that time was wrong and apologise unreservedly.’

Labour’s London Assembly policing lead Unmesh Desai AM said: ‘Shaun Bailey still has to answer questions put to him by the Labour group.’

They demanded to know who attended the party and whether Mr Bailey received any gifts.

Conservative Party Chairman Oliver Dowden is said to have been ‘appalled’ by the image showing the bash at Tory HQ.

Several hours before the gathering, the then Health Secretary Matt Hancock had announced London would move into Tier 3 restrictions. 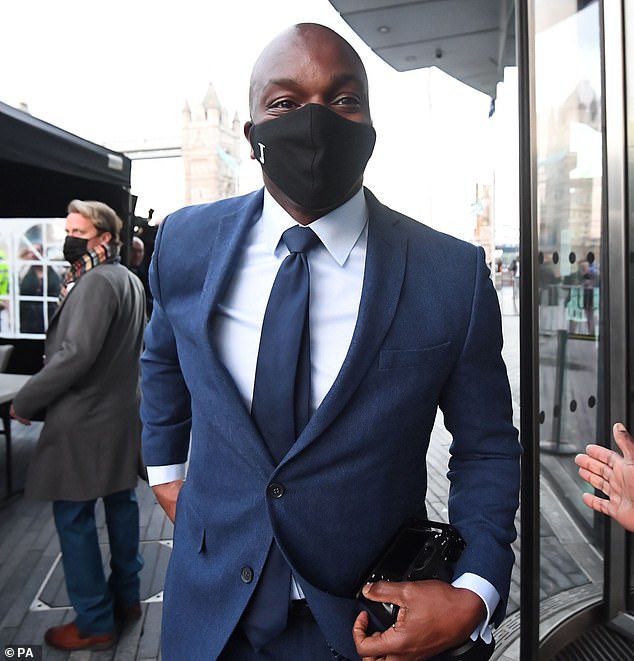 A Conservative Party spokesman said: ‘Senior CCHQ staff became aware of an unauthorised social gathering in the basement of [CCHQ] organised by the Bailey campaign on the evening of 14th December.

‘Formal disciplinary action was taken against the four CCHQ staff who were seconded to the Bailey campaign.’

Labour deputy leader Angela Rayner told the Mirror: ‘This is damning new evidence of a party, with a buffet, drinks, Christmas attire and absolutely no social distancing held at Conservative Party HQ.

‘Shaun Bailey is an elected official that is clearly breaking Covid regulations in this photo and encouraging the same of his staff.

‘Whilst everyone else was making sacrifices to keep their community safe, the chair of the Police and Crime committee in the Greater London Authority was partying.

‘His position as chair was untenable and he knew that.’

Mr Bailey, who is teetotal, is understood to have left the party early in the evening, shortly after the picture was taken.

France crisis: Fury erupts after dozens of doctors are FINED for protesting against Macron