This is the dramatic moment a man is attacked from behind by masked thieves who tried to steal his car before being chased away by have-a-go hero neighbours.

Ryan Walsh, 24, was walking towards his front door in Coventry when the two thugs pulled up outside on a moped and one ran towards him with a knife.

He was forced to hand over the keys to his black hatchback but then repeatedly tried to stop the masked attacker getting inside by kicking him and fighting him off with a water bottle.

Mr Walsh was stabbed in the arm, shoulder and waist as he bravely battled the knifeman to stop him getting away, eventually dragging him from the vehicle and into the road where they brawled on the ground.

The driver of a blue Subaru then stopped and came to his aid, alongside two other neighbours, which caused the thugs to flee on the moped as the Good Samaritans gave chase. 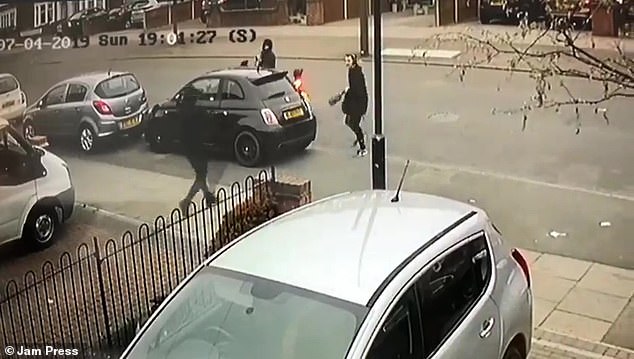 Ryan Walsh, 24, was ambushed by two masked thieves on a moped outside his home in Coventry, pictured, and they stole his car keys 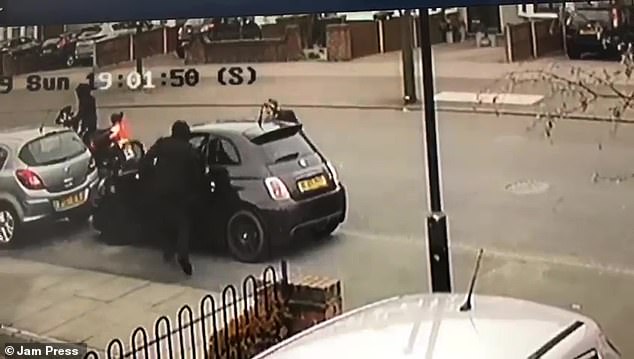 Mr Walsh tried to stop them taking his black hatchback, pictured, and attempted to prevent one of the thugs, who was armed with a knife, getting to the driver’s seat 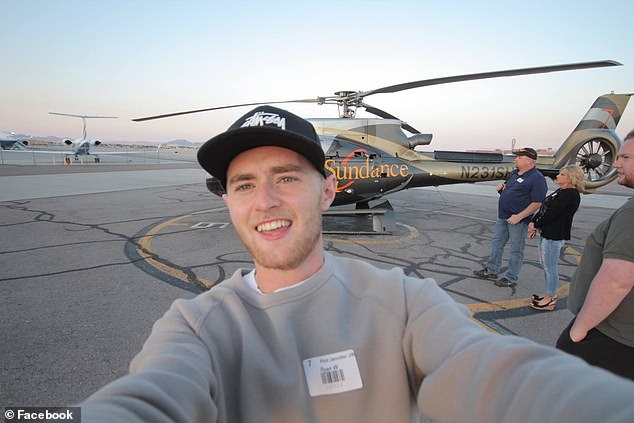 The incident took place on Sunday, April 7, and West Midlands Police is investigating.

Mr Walsh, who has been stitched up in hospital, said he wants to find the Subaru driver to ‘buy him a pint’ to thank him.

He said the terrifying ordeal began when he saw the reflection of the scooter pulling up in his door and a man wielding a knife running towards him.

On the subsequent struggle, Mr Walsh told the Coventry Telegraph: ‘I started kicking him and ragging the keys out of the ignition. I got him out of the car and he got straight back in. 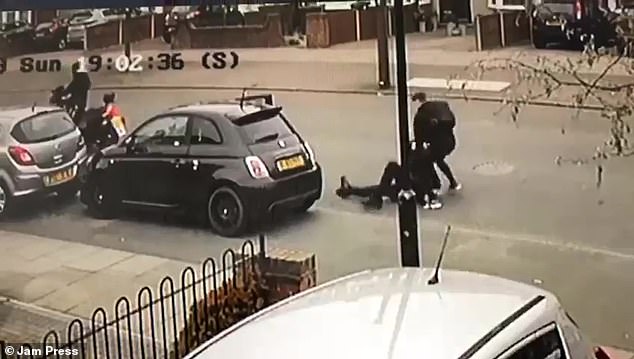 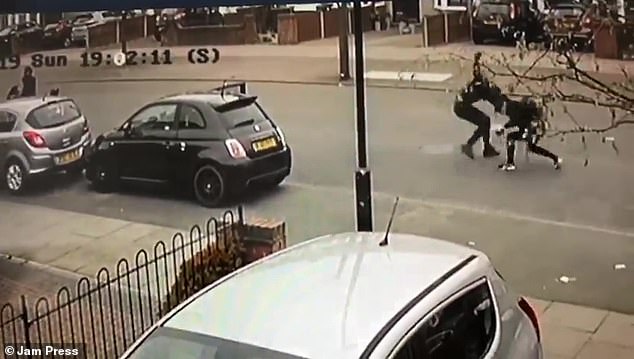 They fought in the road and Mr Walsh suffered stab wounds to his arm, waist and shoulder

‘He had a knife on him so I couldn’t get too close. I hit him a few times with my water bottle and got a few digs in. I got him to the floor and that’s when he must have stabbed me.’

Mr Walsh, who had another car stolen last year, claimed the other man, who was still on the scooter, was shouting ‘Just do this guy’, before help arrived and the pair sped off.

He added: ‘The best thing is they didn’t get the car and all my neighbours are okay. Anything could have happened.’

Writing on Facebook yesterday, he thanked everyone for their support after the ordeal.

Mr Walsh said: ‘Thanks everyone for all the lovely messages I’ve recieved and all the neighborhood and people that helped me. On the mend and having and on recovery. 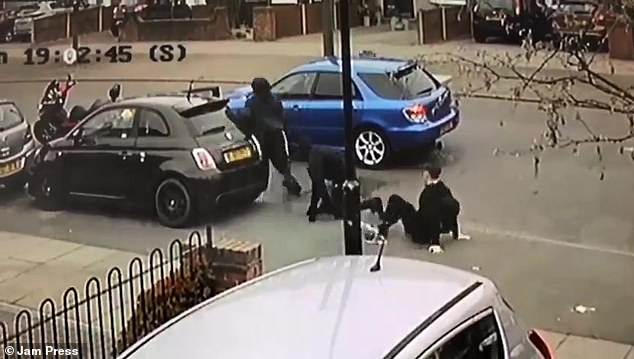 Eventually the other masked men tried to intervene only for a passing blue Subaru to stop, pictured, and the driver chase him off. Two more neighbours then arrived and ran after the moped as it sped off 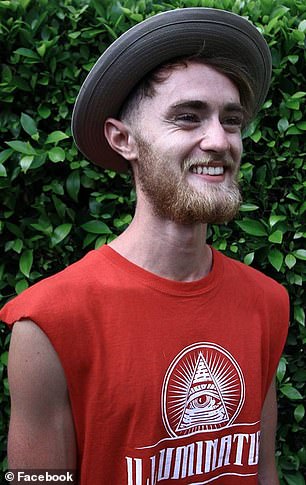 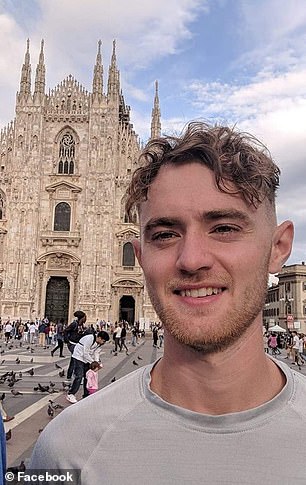 Mr Walsh, pictured left and right, said he was recovering and that he was glad everyone else who helped him was ok

‘Be careful everyone, these people have not (sic) remorse and aren’t even worth your energy.’

A spokesman for West Midlands Police said: ‘Police were called after a man was stabbed in the arm following a robbery in Coundon, Coventry, just before 7.30pm on Sunday, April 7.

‘A man in his 20s was getting out of his vehicle when he was approached by two offenders on a moped.

‘He suffered an arm injury, which is not believed to be serious. The keys to the car were taken but the offenders fled without it.’