A KNIFEMAN brazenly strolled down a busy London High street carrying a machete in broad daylight.

Footage shows the man carrying the large knife as he walked past a beauty salon and a dry cleaners. 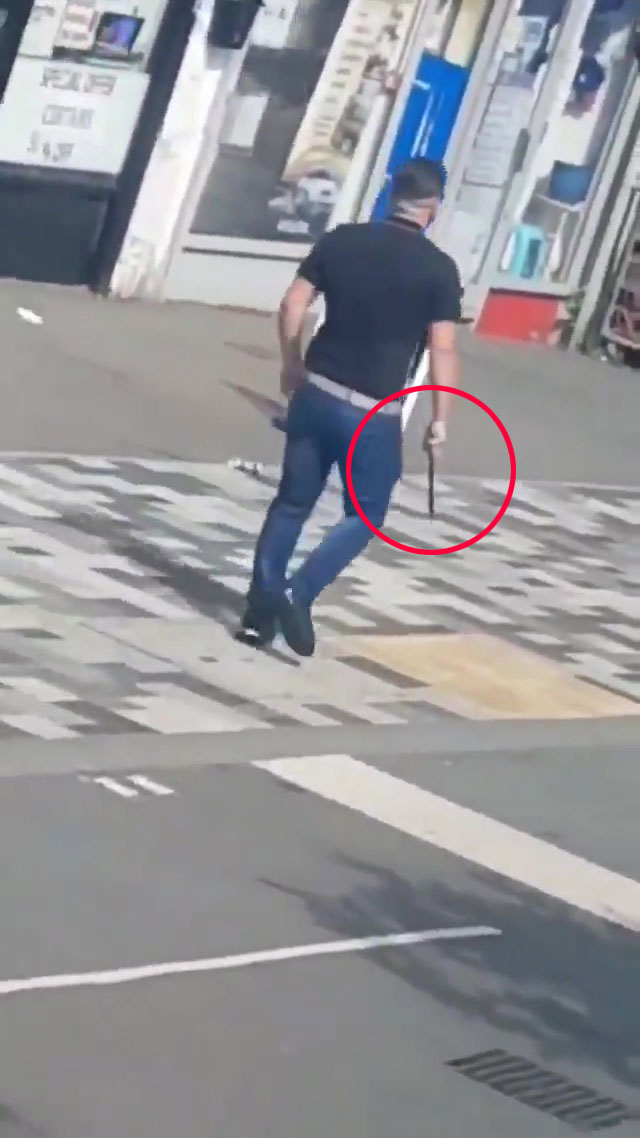 The man, dressed in a black T-shirt and jeans, can be seen walking along Uxbridge Road, in Hayes, West London, with the offensive weapon.

He swaps the knife over in his hands before casually continuing to stroll down the street on Monday, June 14.

THe video has been viewed more than 16,000 times with Twitter users being left stunned by the mans’ nonchalant attitude.

One person said: “London has now become just one big, real life Tarantino movie” while a second added “What a lovely part of town.”

Someone else said: “Well I know whenever I go out its ‘keys, phone, wallet, machete’.” Another viewer called the man a “scumbag”.

It is illegal to carry a knife in public without good reason, unless it has a folding blade with a cutting edge three inches long or less. 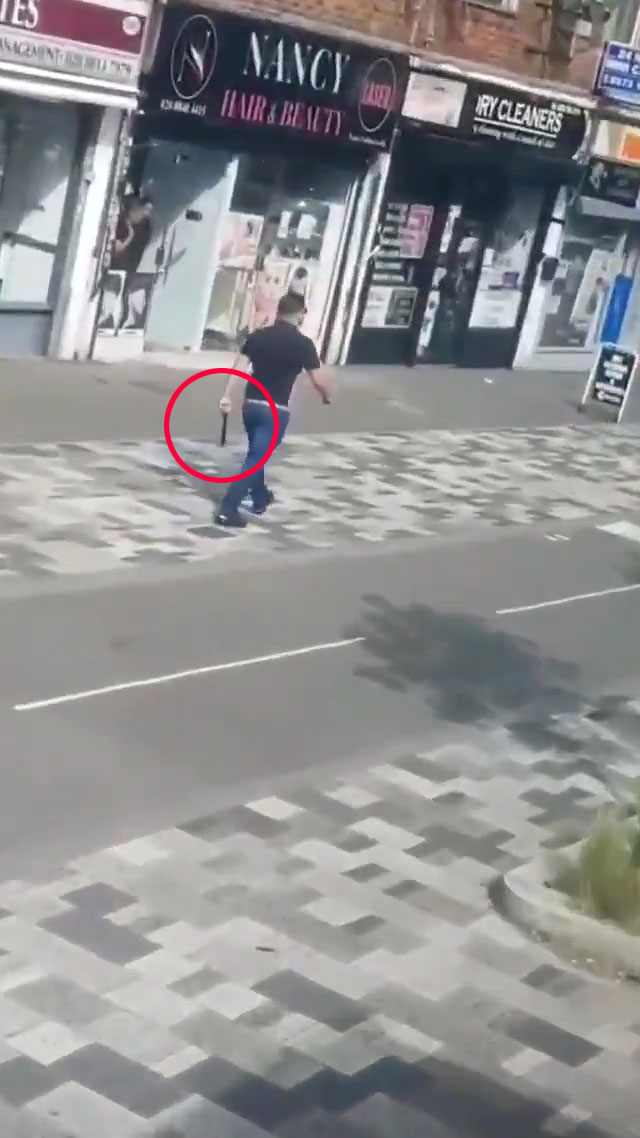 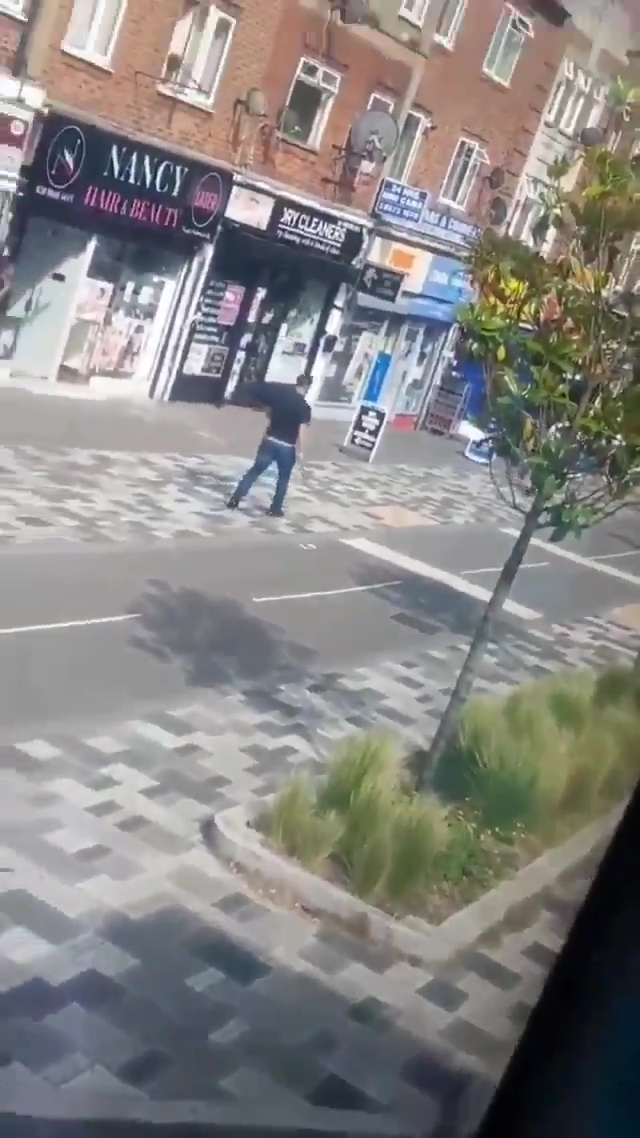 A Metropolitan Police spokesman said: "We are aware of a video on social media of a man holding what appears to be knife.

"Officers from the West Area BCU are investigating.

It comes amid fears that the easing of lockdown restrictions and summer's warmer weather are creating a 'perfect storm' for crime in the capital.

Just last week six people were shot, a teenage boy was stabbed, riot police were pelted and a drinker was knifed after a row over chips in a single bloody night in London.

London’s teen murder rate has also soared to its highest in more than a decade, causing cops to fear this year could be the bloodiest since 2008.

An increase in post-lockdown stabbings has meant 17 teenagers have been killed in the capital so far this year.

Met Police fear the violence will get worse as the weather improves over summer.

Late last night, a man in his 20s was killed in a "doorstep execution" by a drive-by shooter in Balham.

Horrified witnesses said the man was blasted in the back of the head with a shotgun in another example of violent crime in the UK's biggest city.

The teenage murder rate fell greatly last year due to the outbreak of coronavirus and the following lockdowns.

However, there have already been more teenage homicides in just over six months this year than there were for the entirety of 2020.

Currently there have been at least 55 murder investigations launched by the Metropolitan Police in 2021.