THIS shocking video shows the horrific moment a bank customer was attacked by a hatchet-wielding maniac at an ATM in Manhattan.

The incident happened inside a Chase Bank branch in the borough’s financial district at 5:20pm on Sunday. 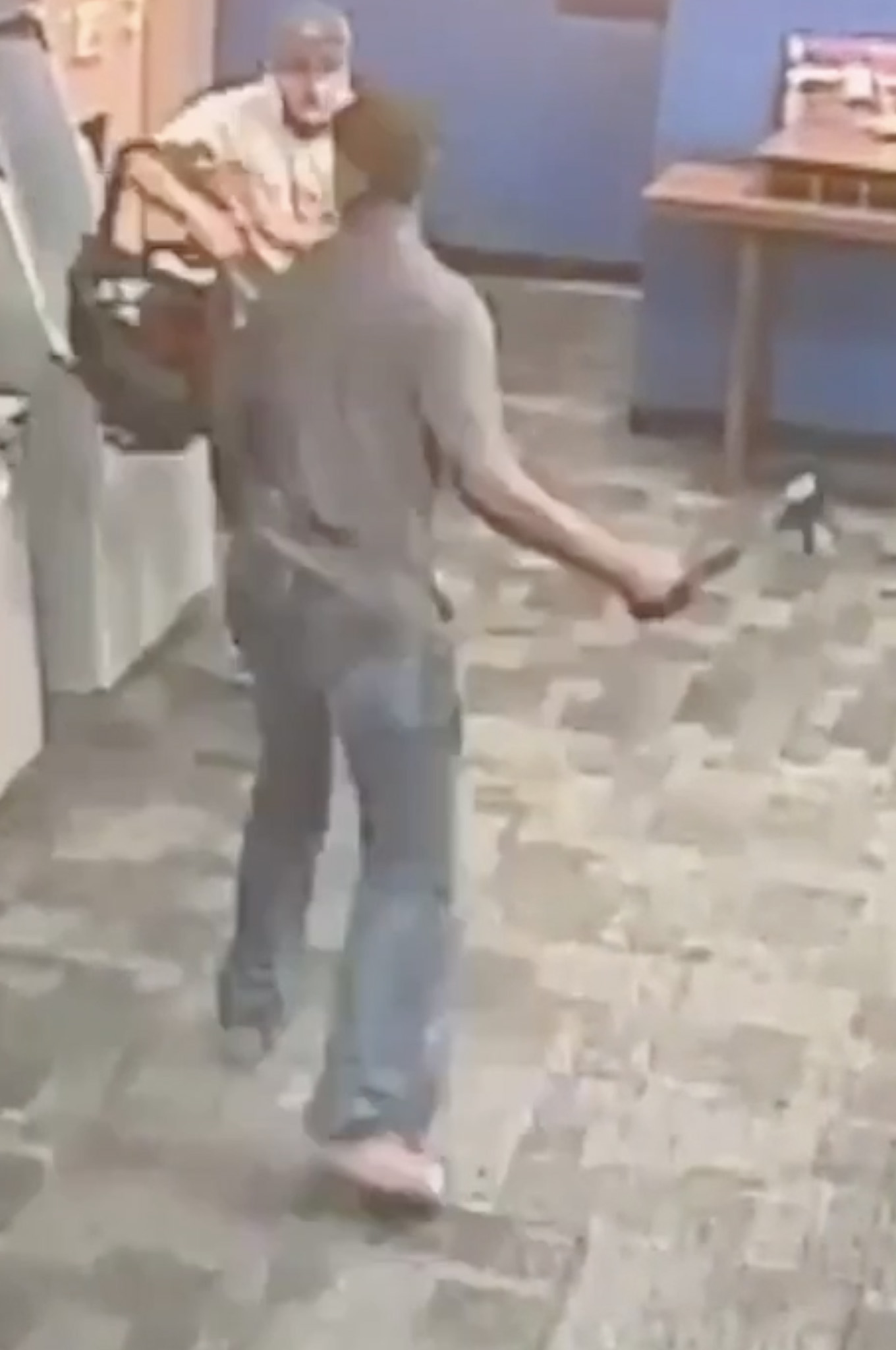 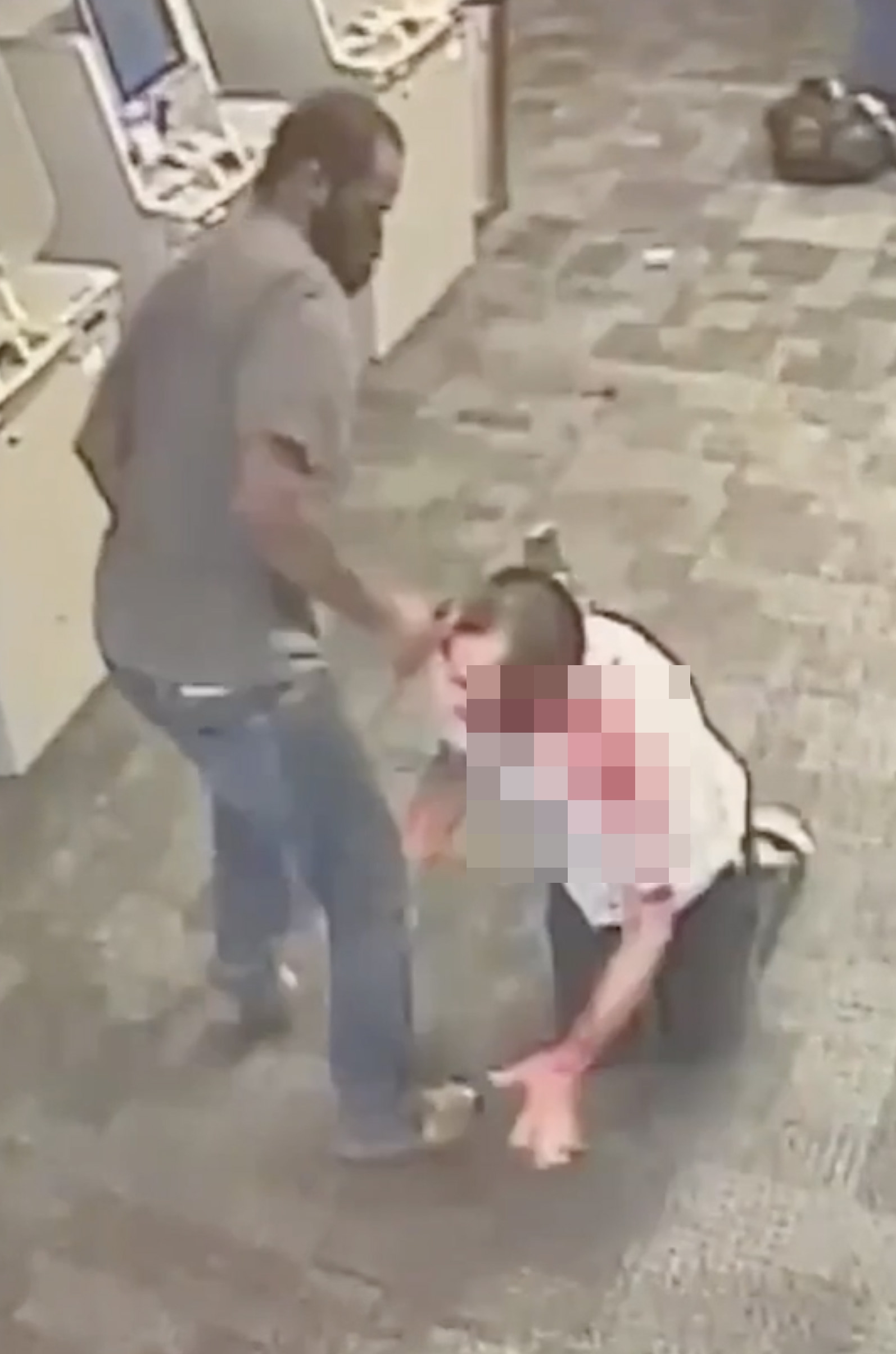 Graphic footage shows the masked attacker approaching the victim, 51, from behind.

He sneaks up behind the person using the cash machine and starts slashing at him, The New York Post reports.

The customer tries to grab the hatchet before falling to the floor several times.

The masked attacker swings the weapon repeatedly at the victim who tries to protect himself.

He then smashes several ATM machines as shards of glass cover the floor of the bank branch.

The footage ends as the unnamed man walks away leaving his weapon and backpack behind.

Witnesses told the New York Post that there was a lot of blood, and they heard the injured man screaming.

The victim, who has not been named, has since talked about the attack in an interview with the outlet.

Cops said on Tuesday night that they arrested a 37-year-old man in Chelsea who “matches the description of the attacker”. He has not been charged.

New York has seen a spate of attacks in recent weeks.

A 40-year-old woman was taken to hospital after she was allegedly punched in the face while trying to break up a fight between two kids, according to the Post.

Cops said she was left with swelling and pain in her face. It’s not known what started the fight.

And, a mass shooting in Queens earlier this month left at least 10 people injured.

Cops said two men approached a crowd outside a barbershop and opened fire.

The victims, who were between the ages of 19-72, were all hospitalized with non-life-threatening injuries, according to police.

Cops said the most seriously injured victim suffered a gunshot wound to the stomach.

Ex-NYPD cop gets one day in jail, probation for lying to grand jury