SHOCKING video reportedly shows the bodies of Covid patients being piled up on the ground in the rain outside a hospital while in body bags covered in blood.

Memorial Hospital of Gardena in Los Angeles, California, has hit back at claims it mishandled bodies after witnesses alleged they saw bodies defrosting while being left outside for hours. 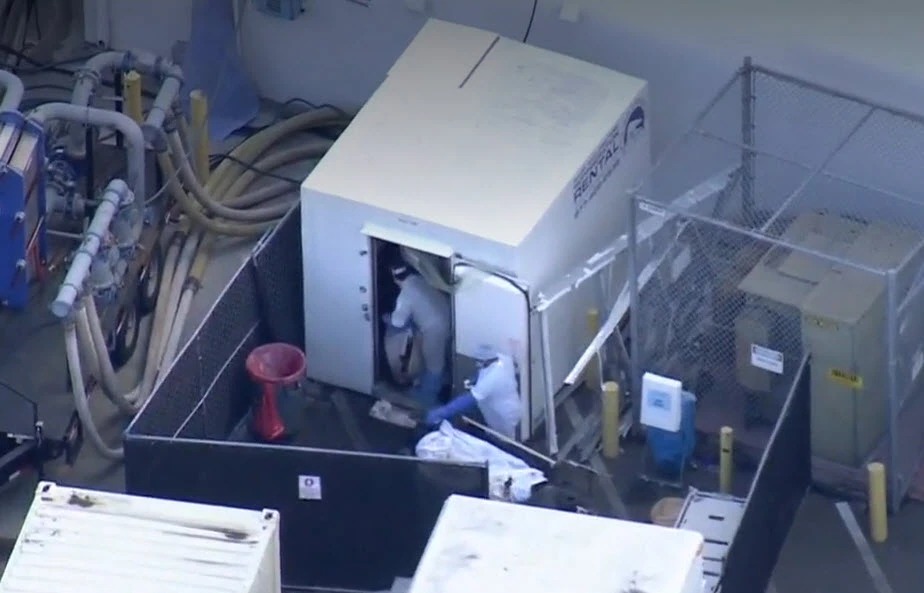 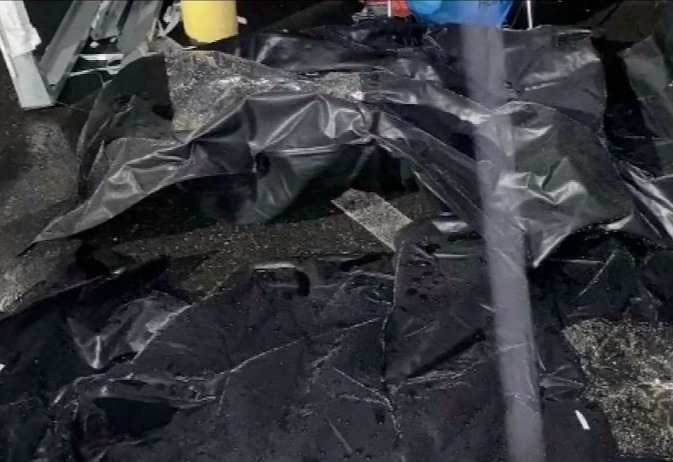 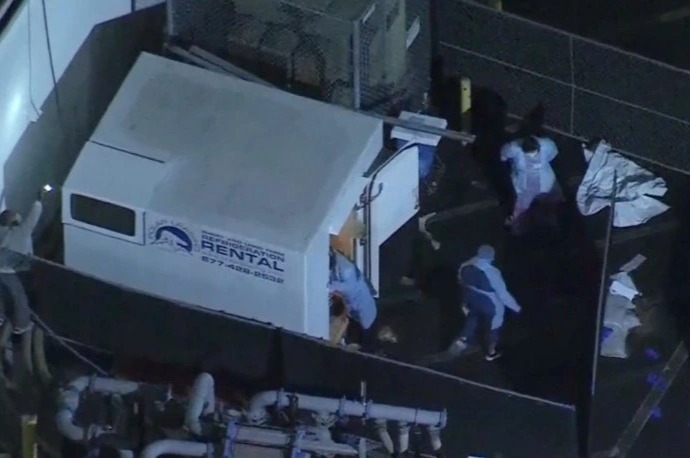 In the footage captured by CBSLA, the hospital's staff are reportedly seen rearranging bodies inside a mobile freezer in the parking lot.

“Security had tears in their eyes. They’re crying," a witness claimed in an interview with the station.

Expert studies have shown that the risk of severe illness from Covid-19 is reduced by 90 percent or more among people who are fully vaccinated.

While there are breakthrough cases of Covid among people who are vaccinated, they are rare.

In the event of a breakthrough case, victims are highly unlikely to be hospitalized with severe or deadly symptoms from the virus.

Health officials have advised that the Omicron variant is more infectious and could lead to further breakthrough cases.

Yet the spread can be offset by all vaccinated Americans receiving a booster shot.

Current vaccines are expected to protect against severe illness, hospitalizations, and deaths due to infection with the Omicron variant.

With other variants, like Delta, vaccines have remained effective at preventing severe illness, hospitalizations, and death.

Studies have also shown that side effects from the vaccine are extremely rare.

"Some of the security had to leave because they got fluid on their clothes when they did move the bodies."

Speaking to people off-camera, Fox11 said that witnesses claimed security guards were asked to move the body bags outside while cleaning crews cleaned up the freezer unit.

They claimed the bodies were then put back inside

The small community hospital said in response that it has a morgue that can hold up to six bodies.

Dragons' Den millionaires slammed my idea – now it's worth £86MILLION

Yet it was forced to bring in a mobile freezer during the pandemic as the space in its morgue was insufficient.

It said that it has had more bodies in recent months due to Covid deaths and that 11 of the 19 bodies they had on-site had still not been claimed by family members after months.

These bodies had also not been claimed by Los Angeles County and so remained in the hospital freezer, the hospital added.

The report comes as unvaccinated Americans are encouraged to get a shot and those who are already fully vaccinated are urged to get a booster.

The Omicron variant has seen a spike in cases across the country in recent weeks but health officials say that the vaccine and its booster are proven to be effective in preventing severe symptoms, hospitalizations, and deaths.

Experts have said that despite the concerns about the new variant, the Covid vaccine is the best thing Americans can do to battle the spread.

The pile-up of bodies was an issue in the first few months of the pandemic, as overwhelmed hospitals, morgues, and undertakers battled with an unprecedented number of deaths.

However, the witness at Memorial Hospital of Gardena claimed the issue still continues there.

Wishing to remain anonymous, she claimed that there is proof the bodies were not being kept at the correct temperature.

She also claimed to have seen body fluid on the sheets and on the ground.

"Those bodies were defrosted. They were decomposing,” she said.

"There was blood everywhere, it is just not right.

Vidal Herrera, who owns an independent autopsy company, also claimed to have witnessed the bodies being left to defrost.

He said that was contacted by a mortuary who had been picking up a body but then saw "piled up, bloody body bags and didn’t know what to do."

As he was shown alleged pictures of the bodies, he said it was illegal to stack them that way.

"I could see a lot of bodily fluids, and right there the pathogens- that can expose security guards and whoever walks in there,” Herrera said.

“A body should never be there for more than two weeks.

"I see an indication of temperature issues because they are slightly decomposed. Those bodies are in bad condition, they have been like that for a while."

The hospital denied in a statement to CBS LA on Tuesday that the bodies were not properly cared for.

It said that it was rearranging the bodies and cleaning out the freezer but that they were always kept at the correct 34-degree temperature and not left out in the rain.

“Because of the overcrowding situation, hospital administrators took action yesterday to organize the outdoor cooling unit in a more orderly fashion,” the statement read.

“Hospital protocol calls upon security guards to assist in the process when mortuaries come to pick up bodies, primarily helping to lift and move the bodies.”

It released a further statement to say that it is working on getting a "larger temporary cooling unit on-site to alleviate the overcrowding.”

CBS LA reported that on Wednesday night, the new unit already appeared to be outside the hospital.

The temperature of the cooling unit is confirmed at the required 34 degrees; the bodies are not frozen.

"While the outside cooling unit was being better organized, the hospital engaged Environmental Services staff to clean the unit.

"That is why some of the bodies were removed from the unit for a brief period.

"There was some evidence of fluids leaking from one or more bodies," it added but claimed "this is not unusual for bodies that have been in refrigerated storage for a period of months.

"The temperature of the cooling unit is confirmed at the required 34 degrees; the bodies are not frozen," the hospital argued against the claims they were defrosting.

Yet Herrera warned that "this is happening in small facilities, all over."

"It’s going to get worse with COVID surges. It’s far from over," he added, claiming that hospitals need to invest in better facilities. 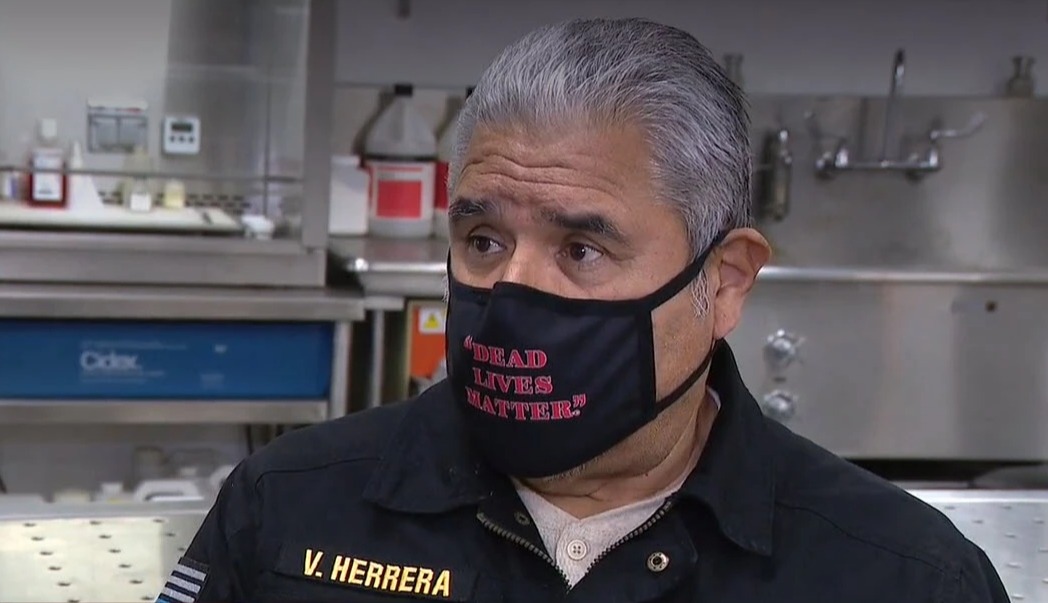 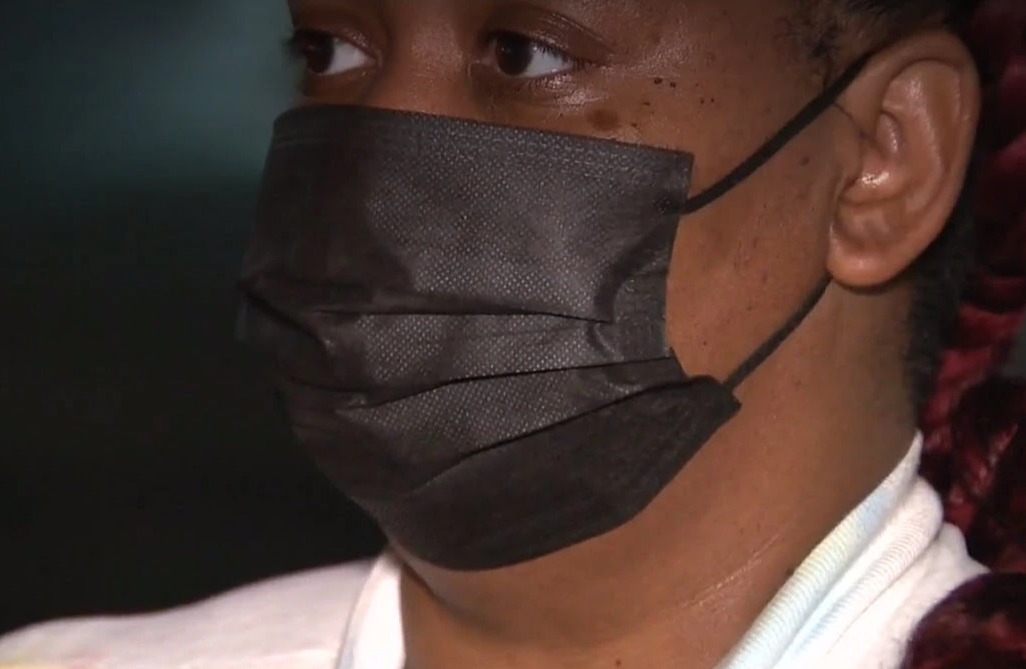