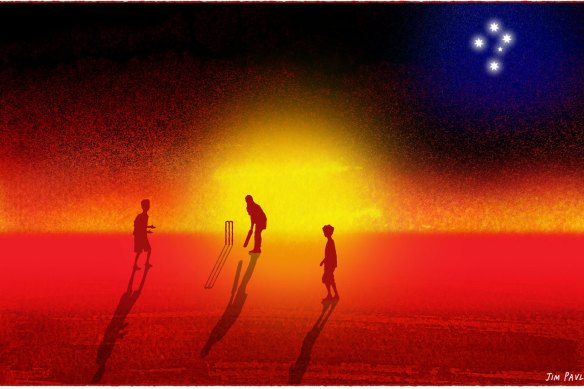 Poor choices
The Albanese government has apparently found a lazy $2 billion for shiny new missiles. However, it has failed to increase JobSeeker which, with high inflation, is increasingly inadequate. It has reduced funding for mental health when the need is for the opposite. It has failed to address the Medicare rebate payable to GPs, which puts extra strain on the public hospital emergency departments.
Judy Kevill, Ringwood

Beg to differ
Thursday’s front page: “Andrews urges PM to fund more free GPs” and “Nation to spend an extra $2b on missiles”. Premiers have to go cap in hand to scrounge money to save lives while the federal government is happy to splurge $2 billion to blow people up. Priorities.
Angus McLeod, Cremorne

End the blame game
If premiers Daniel Andrews and Dominic Perrottet are genuine in their desire for healthcare reform in Australia, the solution is in their hands – a single-funder model for public hospitals. This would involve removing the states and territories as the managers of public hospitals and replacing them with the Commonwealth.

This would work through service and funding agreements that the Commonwealth would negotiate with health services throughout Australia in a similar way to current agreements between state health departments and public hospitals. A single funder system would achieve cost-effectiveness and consistency in service delivery and access for patients, true integration of primary and hospital care, and bring an end to the blame game.
Michael Ryan, Hawthorn

Oppositional disorder
The Liberal Party has questioned the government’s policy requiring COVID testing of flights from China, saying it ignores the advice of the chief medical officer. One suspects that if the government had decided not to take this action the Liberals would be claiming that Labor is appeasing China and putting the health of Australians at risk, citing the position taken by other countries. The default policy of the Liberals is to take the opposite position of Labor and to be as vehement as possible while maintaining a straight face.
Barry Lizmore, Ocean Grove

Basic precautions
Surely, if you have COVID, only the irresponsible would choose to expose a planeload of other travellers to infection. Not to mention those in airports. This precaution appears to have been absent on flights from China to Milan last week where half tested positive to COVID on arrival.
Anne Rutland, Brunswick West

Double standard
China’s threatening of countries that require a negative COVID test before travellers can enter while at the same time demanding a negative result from those seeking to cross its border takes remarkable chutzpah. The double standards by the PRC are rightly being rejected by a growing number of countries.
Greg Hardy, Upper Ferntree Gully

Health warning
Greenwashing by fossil fuel companies is a response to an informed public who make the connection between fossil fuels and harm (“Rise in dodgy ‘green credentials’ ads forces action from watchdog”, 5/1). Such awareness in France has led to a fossil fuel advertising ban that comes into effect this year, with fines of between €20,000 ($31,000) and €100,000 for non-compliance.

In 1976, Australia banned tobacco advertising on television; in 1992 the Tobacco Advertising Prohibition Act was legislated. If the fossil fuel industry believes it should be able to advertise its products, it should also be prepared to accompany its advertisements with a health warning similar to those on cigarette packets.
Fiona Colin, Malvern East

Unfair dismissal
When Australian cricket fans were finally advised of the line-up for the Sydney Test match only moments before the opening ball, it was no surprise to Victorian fans that Scott Boland had been omitted.

With 28 wickets from six Tests for an average of 12 runs per wicket, what more does this champion of the game have to do to gain a regular spot in the team?

Just as Scott Morison was dubbed by Victorians as prime minister of NSW for his lack of concern for anywhere other than Sydney, so too should Cricket Australia be renamed Cricket NSW.
Beth Kelly, North Caulfield

Cautious about cautions
The federal government’s abundance of caution requires people take COVID tests before flying from China. But 163 COVID deaths a week for the past eight weeks in Australia doesn’t require action?
Damian Meade, Leopold

A rarity
Has anyone added up the number of “one in a hundred year events” in 2022? It must have been a once in a century year.
Peter O’Brien, Newport

Happy families
All Prince Harry wants is a happy family. Don’t we all. Wish he would realise families aren’t what they are cracked up to be. Then he could create a happy family rather than criticise one that never was.
John Rome, Mt Lawley, WA

Reaping what he sowed
Kevin McCarthy’s desperate but failing pursuit of the House speakership role is poetic justice. By pandering to Trump despite his lies he helped create the rabble that is now the US Republican Party.
Peter McCarthy, Mentone

Michael Bachelard sends an exclusive newsletter to subscribers each week. Sign up to receive his Note from the Editor.

Lidl is UK's cheapest supermarket with 33 everyday groceries at £44.53