With just days to go, lawmakers announced a deal earlier this week intended to keep the government's lights on and what is likely the last major bill of 2022.

But there's a lot of fine print that remains to be ironed out, especially when it comes to tax changes that Congress has been debating in recent months.

Republican lawmakers are pitching changes to the taxes that businesses pay, while some Democrats are considering the reinstitution of the expanded Child Tax Credit. Whether a tax deal could be had before the Christmas holiday, though, remains uncertain.

For his part, Senate Majority Leader Chuck Schumer (D-NY) hailed the deal Wednesday as a “roadmap” for finishing Congress’s work this year, but added “we still have a long way to go.” 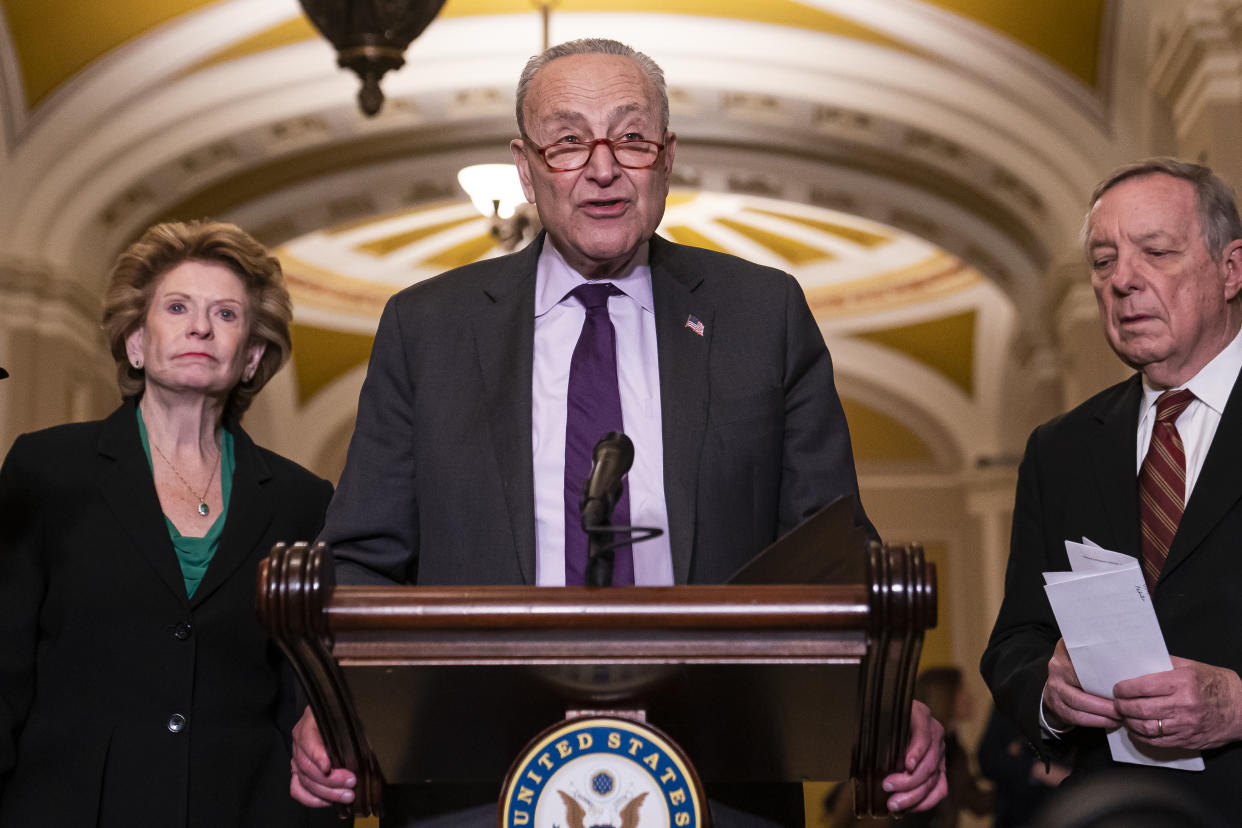 While Republicans like Sen. Richard Shelby (R-AL) are on board, the deal is set to be opposed by Rep. Kevin McCarthy (R-CA). McCarthy, in the middle of a fight to become the next Speaker of the House when Democrats hand over power in 2023, even called a press conference Wednesday to denounce the deal.

His case, as McCarthy put it in a Fox Business interview this week, is that “the best move for America” would be to wait and “let the new Congress deal with this in January.”

One key area of contention is around taxes for businesses.

In 2017, then-President Trump signed the Tax Cuts and Jobs Act, which included a host of cuts to some taxes that businesses pay when they buy new equipment or invest in research and development.

The Tax Foundation recently explained what is at stake, noting a host of "structural issues are on the table" arising from recent bills including Trump's tax cuts but also expiring provisions in other recent bills like the American Rescue Plan. What they all have in common is an expiration date of 2023 unless lawmakers act.

Congress couldn’t reach deal on a similar “tax extenders” bill at the end of 2021, adding urgency to this month's talks.

Critics say inaction on the business provisions will hurt the economy and it could also make companies less likely to reinvest in their business in 2023. Rep. Kevin Brady (R-TX), the Republican leader of the House Ways and Means committee, recently previewed GOP attacks if the talks stall, saying in a statement that inaction would hurt the economy if “President Biden’s tax increases go into effect.”

But in a recent CNBC interview, Brady added hope that “we have some time to pull this together.”

While Republicans are largely focused on business provisions, Democrats are still holding out hope of changing the tax code when it comes to what individual families pay.

During the pandemic, the Child Tax Credit (CTC) was beefed up to help families, but that expanded credit expired at the beginning of 2022 and reverted back to pre-pandemic levels. Ever since, Democrats have pushed to revive the expanded credit for 2023 in what is seen as an uphill climb. 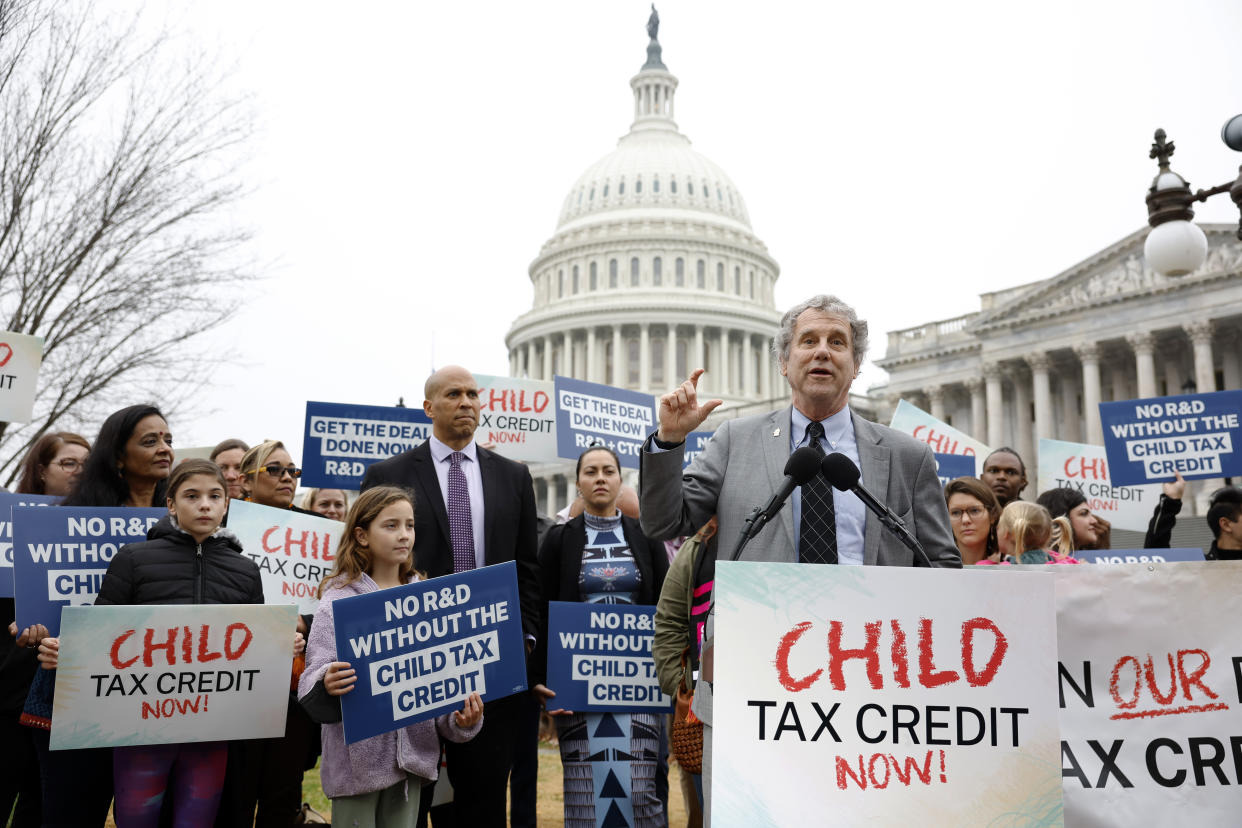 What Democrats are essentially pitching is a deal where an expanded CTC is traded for the business tax provisions that Republicans are focused on.

In an event Tuesday with Punchbowl News, Sen. Ron Wyden (D-OR) said he was supportive of some of the business provisions but “I also feel very strongly about the Child Tax Credit and I think that is an opportunity for a 1-2 punch that will better America.”

But Republicans, and potentially some moderate Democrats, are not keen on an expanded Child Tax Credit and Wyden wouldn’t say during Tuesday's event whether a tax extenders deal is possible without it. 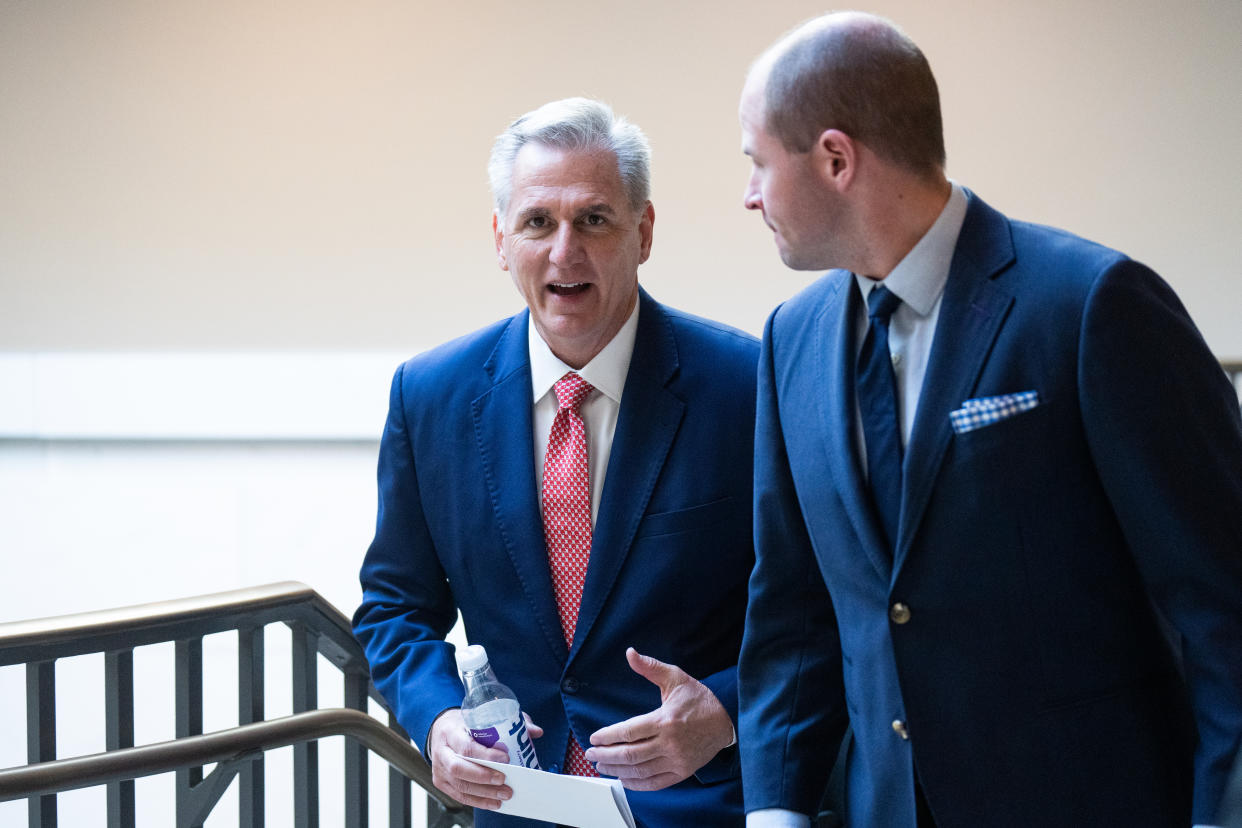 Other issues to iron out

Lawmakers have other issues to finalize before they head home for Christmas. Schumer sounded optimistic Wednesday that those details could be ironed out. He predicts that a final bill will be “a balanced approach because it will contain wins that both sides want to see, like the Electoral Count Act and funding for our friends in Ukraine.”

Lawmakers are also preparing to send around $38 billion in new aid to President Volodymyr Zelenskyy and the Ukrainian government as the country continues its war against Russia. That move comes before House Republicans — who are less inclined to approve new assistance — take control.

Another lingering piece of business is long awaited reform to the retirement system but some have begun to worry that the narrow window for that bill, known as SECURE Act 2.0, is closing fast.

Meanwhile, Senate Republican Leader Mitch McConnell (R-KY) tried to draw a line in the sand for a deadline, noting Wednesday that “the Senate has until December 22 to complete either a full-year funding bill” or pass another stopgap measure, making it clear he intends to get home for the holidays.

Ben Werschkul is a Washington correspondent for Yahoo Finance.