A SICK trio of sex offenders who raped a young girl in a playground and her own bedroom have been jailed for a total of 41 years. 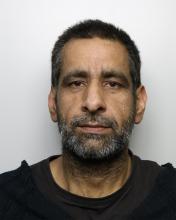 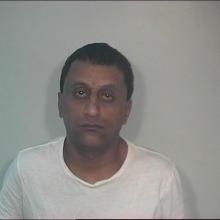 Now they have been found guilty 25 years later as part of West Yorkshire Police’s long running Operation Tendersea enquiry, which was established to investigate the non- recent sexual abuse of young girls.

Leeds Crown Court heard that the victim had first been targeted when she had been spotted on her paper rounds wearing school uniform at the age of just 12 years old.

During the trial it was said that she was raped in a primary school playground and one of the men once climbed up a drainpipe and into her bedroom and raped her.

The vulnerable teenager was abused between the ages of 13 and 15 before finally managing to break away from the men.

Prosecutor Kate Batty told the court how the girl was targeted and groomed by the older men for sexual purposes.

The men bribed her and made her feel special with cigarettes, vodka, special brew lager and drugs.

Mrs Batty said: "By the time she was 13 years old, she was drinking every day and was intoxicated most of the time.

"More and more men came onto the scene and the group got bigger and bigger – such that she can’t even remember them all now.”

She added: "Routine to her became the day in, day out events of being touched or groped or having sex on grubby mattresses on the floors of flats and houses that she found herself in."

Banaras Hussain, 44, was sentenced to 18 years for two offences of rape against a female aged under 16.

He was 19-years-old and married at the time he groomed the 13-year-old girl.

The court heard that he allegedly abused her, usually in a primary school playground, twice a week for roughly a year – and was described as the “primary groomer.”

Mrs Batty said: "He took her to a house one day where again the alcohol and drugs were free flowing.

"In the bedroom of that house, she lost her virginity to him on a mattress without bedding, using a curtain as a blanket."

Meanwhile Mohammed Akram was sentenced to 13 years  for two offences of rape and an offence of indecent assault.

Akram, also known as Buckree, was also aged 19 and in a relationship when he first allegedly abused the girl.

The court was told that he had been present on many of the occasions that the girl was raped – including when she lost her virginity.

He was also responsible for introducing her to amphetamine and first raped her on an airbed in a flat when she was 15-years-old.

Ms Batty added: "On a second occasion, when she was still 15, she was at her father's house when he climbed up the drainpipe and into her bedroom.

"Again, she was intoxicated and again he abused her before leaving in the early hours of the morning so that her father didn’t become aware that he was in the house."

He denied two counts of rape and one count of indecent assault but was found guilty of all three.

Finally, Talish Ahmed was sentenced to 10 years for the rape of a female aged under 16.

The jury heard that the girl was in a snooker centre at age 15 when she had her drink spiked and was brought in a car to a secluded location in the dark and was raped.

Ms Batty said: "Talish Ahmed was a passenger. She remembers him being in the back with her.

"He abused her when she was in no fit state to consent; a state that they had deliberately put her in so that she could be raped.

"Once they were finished with her, she was dumped, thrown out of the taxi at the end of her street with her knickers and trousers round by her ankles.

"They couldn’t even be bothered to help her get dressed again."

In a victim personal statement the woman who suffered the abused said she felt “lost, embarrassed, ashamed and broken.”

DCI Ian Thornes, of the Kirklees District Safeguarding Unit, said: “These strong sentences reflect the gravity of these men’s crimes against a young, innocent girl who they abused in the most appalling fashion.

“I hope these convictions again demonstrate to victims that we will do all we possibly can to help you seek justice no matter when the crimes were committed.

“We do put victim’s needs at the heart of every investigation and thoroughly investigate all reports made to us.” 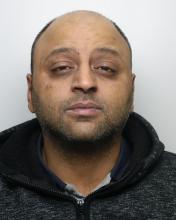