For the first time, more than 1 million families in Australia are headed by a single parent – and in most cases this parent is female.

Of 5.55 million families recorded in 2021 census data to be released on Tuesday, nearly 1.07 million are single-parent families, and in four out of five of those, the parent is the mother. 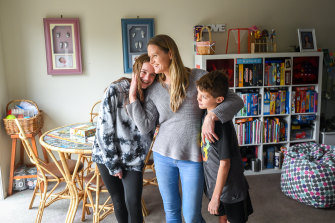 Single parent Suzanne Fahie, with her children Charli and Jasper, photographed by The Age in 2020. Census data from 2021, to be released on Tuesday, will show that for the first time there are one million single parent families in Australia.Credit:Justin McManus

The Australian Bureau of Statistics reported that the proportion of couple families living without children had increased steadily since 1996, when it stood at 40.8 per cent.

Registered marriage has been declining, but not dramatically.

Wedded numbers in 2021 were boosted by marriage equality, which was introduced in legislation in 2017. The latest census counted nearly 25,000 same-sex marriages. No figures were released for same-sex divorces or separations.

More than 1 million people are widowed, and eight out of 10 of these are female. 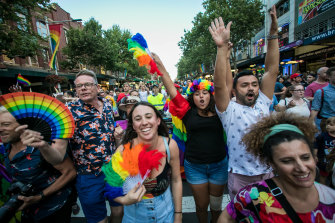 The pandemic appeared to make an impact on the number of grandparents caring for grandchildren, said statistician David Gruen.

When 2016 census data came out, Dr Brendan Churchill, research fellow at the University of Melbourne, noted that while the image of the typical nuclear family, “mum, dad and two kids”, still permeated how we defined and understood the family in contemporary Australia, the face of the family had changed significantly.

In 2016, “of these 6 million families, the most-common family form was the couple family with no children (37.76 per cent″⁣, Churchill wrote in The Conversation.

The next most common family type was couple families with dependent children under the age of 15 (30.64 per cent).

The latest family type data will be released on Tuesday, but even in 2016 Churchill noted: “These proportions confirm that the nuclear family is no longer the most common family form in Australia.”

He noted that families are becoming increasingly more “blended”, as couples dissolved (due to separation, divorce or death of a partner) and new families were formed.

How tall is Kristin Welker and what is her net worth?