SIR Keir Starmer last night bared all for Piers Morgan in a prime-time interview to give voters a glimpse of the man behind the politician.

Supported by his loving wife Victoria, the Labour leader fought back the tears as he opened up about his mother's illness and family heartbreak. 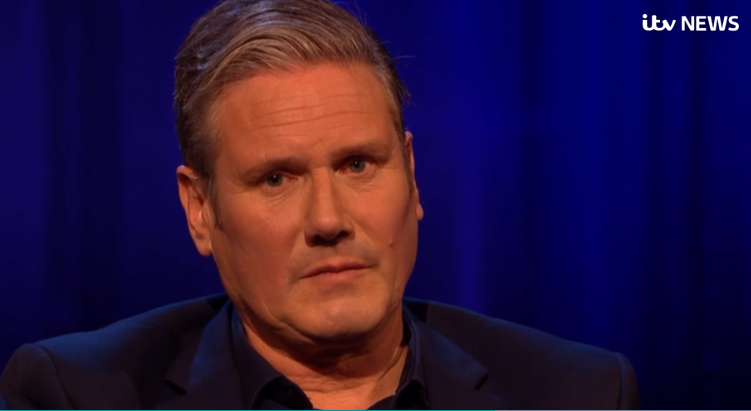 The former lawyer also happily recalled more adventurous parts of his youth – but clammed up when grilled if he's ever done drugs.

Yet despite a bruising year in charge in and poor polling, he had a clear message for Boris Johnson: "Move over. We're coming."

Sir Keir spoke movingly about his late parents, Rodney and Josephine, during much of last night's Life Stories episode.

Choking back the tears, he described his mother's constant battle with Still's Disease, an inflammatory arthritis that eventually left her unable to walk.

He recalled the earth-shattering moment his father rang to break the news in her final hours, and asked Sir Keir to tell the rest of the family.

Pressed if this was "cruel" of his father, an emotional Sir Keir recalled: "No, he wasn't gonna leave her side, there was no way he was coming out of that hospital, even to see his own kids, he would stay there with her."

Josephine passed away in 2015 – just weeks before Sir Keir was elected a Labour MP in 2015.

Asked what he'd like to say to her before she died, he said: "I love you."

His told how his toolmaker father Rodney "never recovered" and retreated into himself, and died in 2018.

Shortly before he died a shed fire destroyed all Rodney's treasured possessions and killed the beloved family dog. Sir Keir said he refused to tell tell his dying dad – and was "glad he never knew."

Sir Keir opened up about his tricky relationship with his father: "He had real difficulties expressing his emotions. I only once remember him telling me he was proud of me… when I passed the 11-plus. That was it." 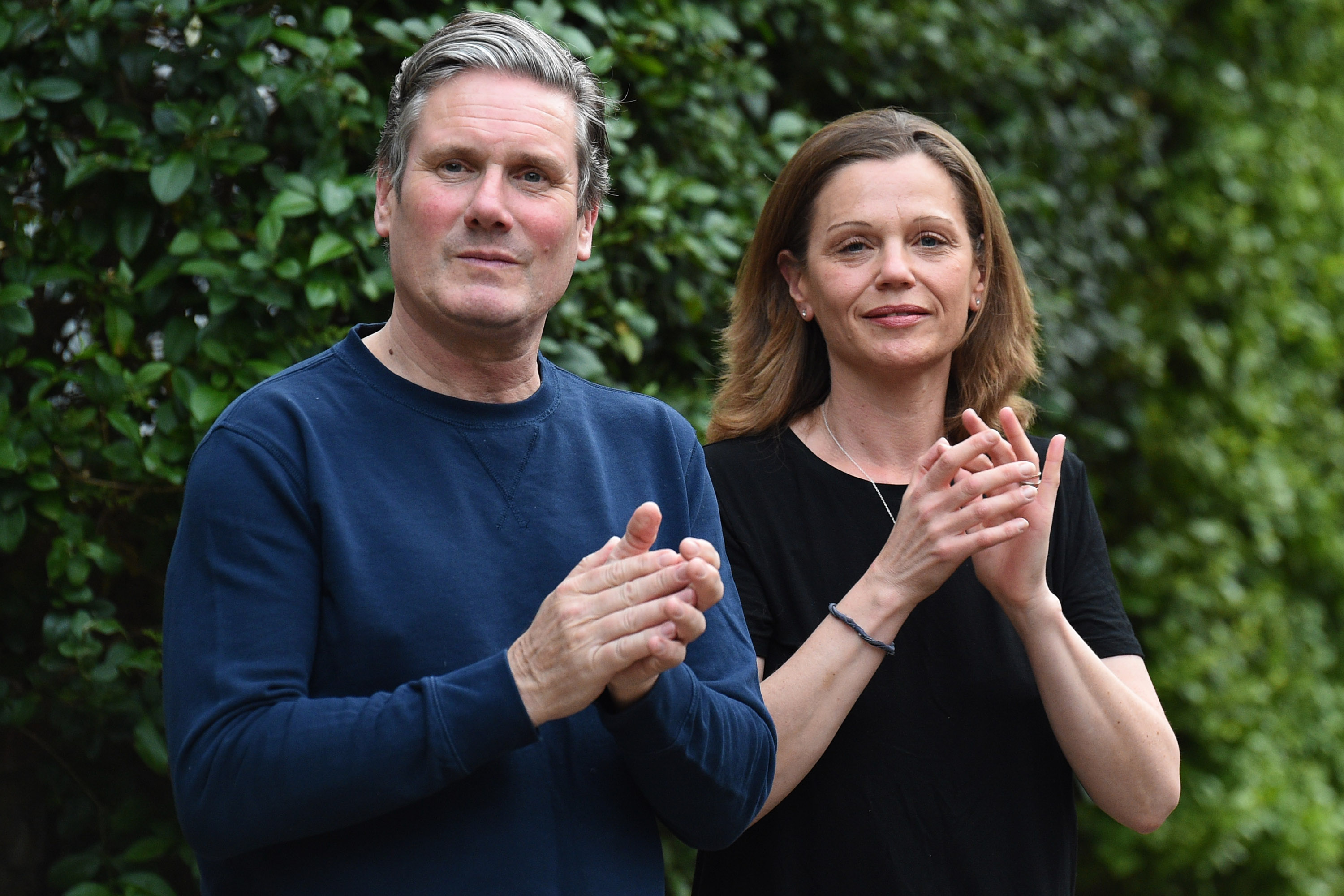 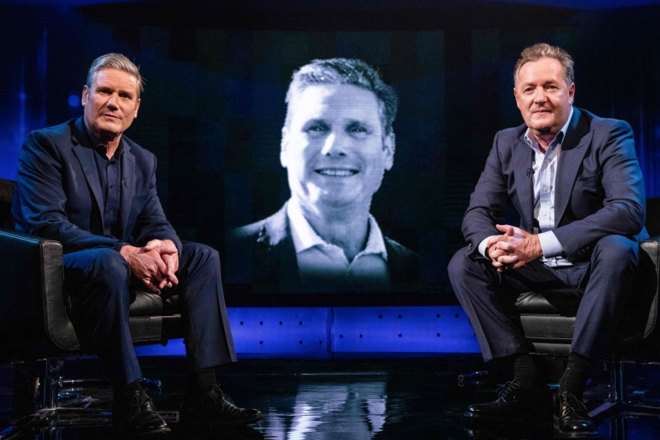 HOW HE MET VICTORIA

Sir Keir's wife Victoria watched the interview from the audience, and was occasionally brought into the conversation.

The couple married in 2007 and have two kids, and Morgan probed about how they first met.

Sir Keir revealed he was doing a case in court and it was crucial certain documents were completely accurate or the case would collapse – and solicitor Victoria was tasked with drawing up the papers.

After picking up the phone for the first time to pester her, just before she hung up he heard her say: "Who the bleep does he think he is!"

"And quite right too", he added. Sir Keir said he then asked her out – but she wasn't keen at first – before finally agreeing.

Asked if he was romantic, Sir Keir said: "I think probably yes." But he added: "What matters is are you there when that person absolutely needs you? So, when Vic has needed me, I’ve tried to be there."

HE HATES HIS MIDDLE NAME

Sir Keir Starmer loathes his middle name Rodney so much he revealed he expunged it from his wedding certificate to.

Morgan asked: "You don't actually like the name do you." To which Sir Keir flatly replied "no", adding: "I haven't used it for a very very long time."

So strong was his hatred of the name that his friends crafted a fake letter from the authorities to prank him into thinking he had to have it on his certificate.

Recalling the joke, they said: "Just as we went away on honeymoon, they faked a document from Essex council saying something along the lines of, 'It's come to our attention that on your wedding certificate you used the name Keir Starmer when your name was Keir Rodney Starmer.

"'I regret to tell you that as a result of that, your marriage is annulled, it's void.'" 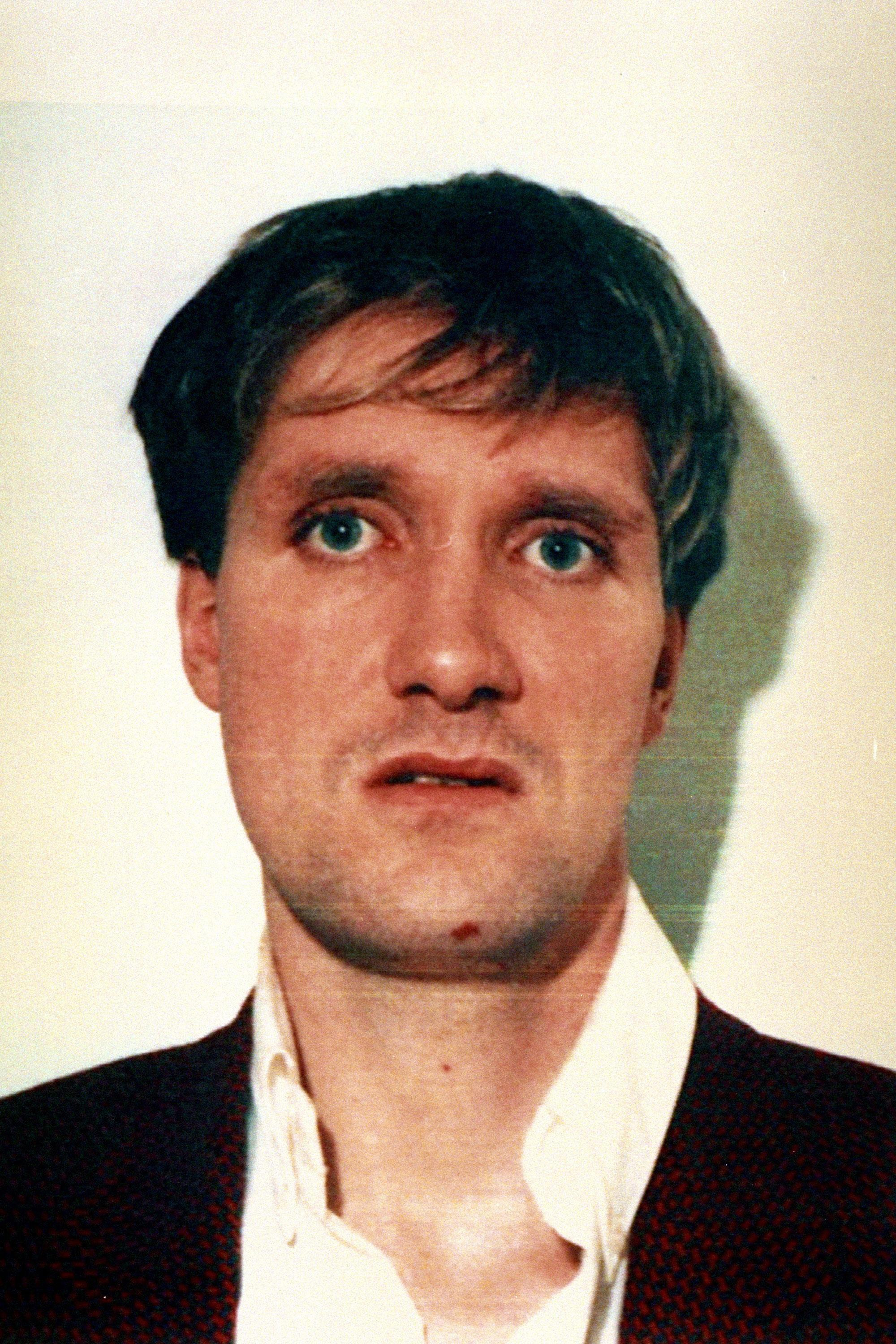 Sir Keir spoke about his exasperating struggle with a man impersonating him while he was director of public prosecutations – and even had relationships with women in his name.

Paul Bint answered lonely hearts adverts in the Sunday Times pretending to be Sir Keir, and even attempted to buy art and a house in his name.

He was eventually caught after charging taxi fares to the Crown Prosecution Service.

Sir Keir said: "He would take a taxi down to see one of the women that he was seeing as Keir Starmer, down to the West Country, and say put the bill on the Crown Prosecution Service, director of public prosecutions.

"But one of the cabbies turned up at my office and said 'I want my bleep money'. That's when everybody started to realise what was happening and the art gallery was phoning me up to say do you want to complete on this Ł80,000 piece of art etcetera.

"So it all became clear that this was happening. There was a trial, the two women gave evidence about what he had done. He had stolen from them, it was a real exploitation."

Sir Keir was grilled about his party's dire fortunes. Labour is miles behind in the polls and reeling from a string of disastrous election results.

Probing the party's woes, he said there was still too much infighting and not enough talking to voters.

Acknowledging the "titanic" job to turn the party around, he said he would be going on a tour this summer to set out his pitch to be PM.

And asked what he'd say to Boris Johnson on the football pitch, he replied: "I'd probably knock him over."