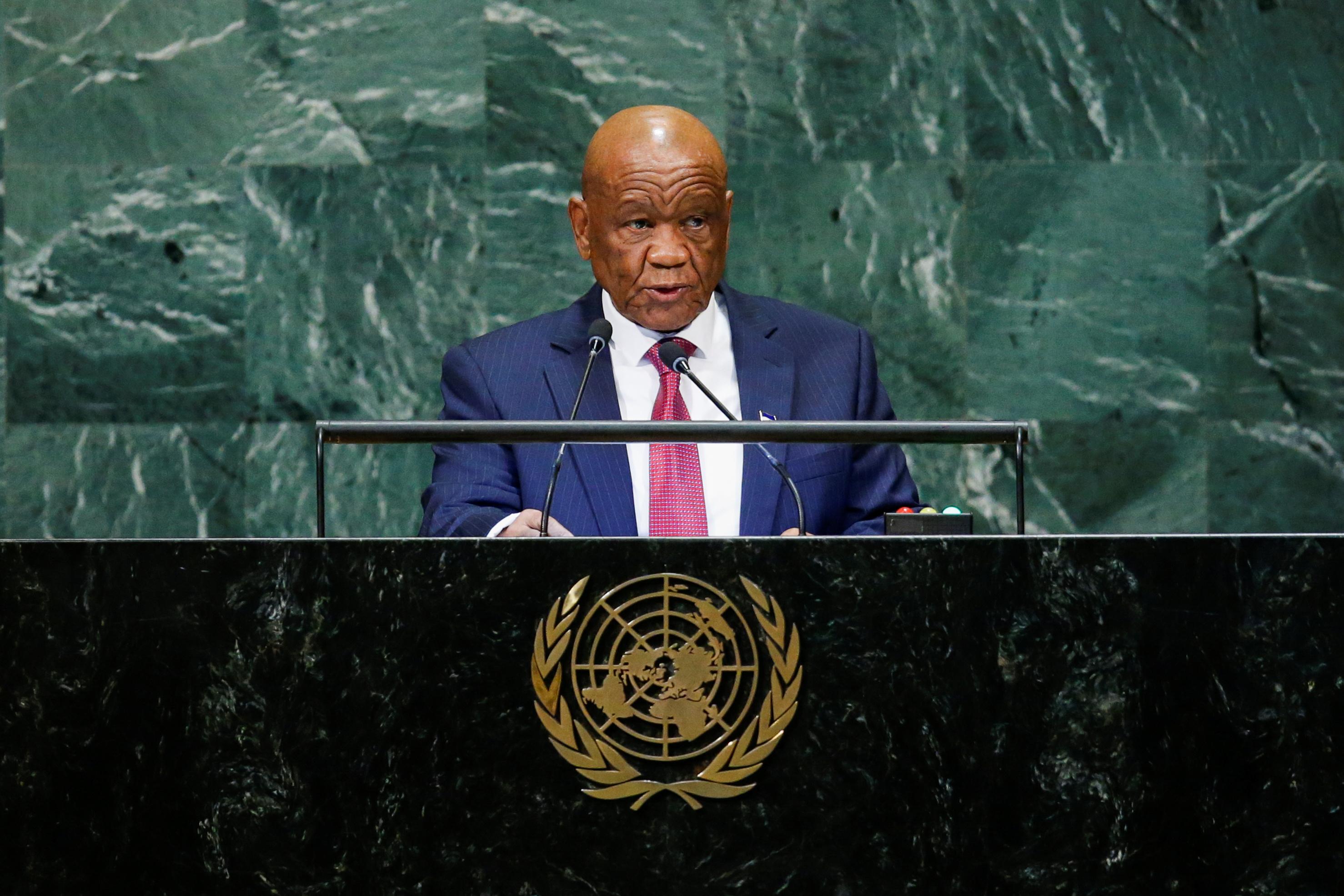 Thabane, 80, has been under pressure to resign owing to a murder case in which he and his current wife are suspected of being assassinating his previous wife, charges which both of them deny.

“The coalition government of the Kingdom of Lesotho commits to effecting the implementation process or modalities for the dignified, graceful and secure retirement of the right honourable prime minister,” a joint statement said.

Thabane had pledged to step down at the end of July, but South African mediator Jeff Radebe, who signed the statement alongside Deputy Prime Minister Monyane Moleleki, told journalists in Lesotho’s capital Maseru that “the timeline is immediate,” for his leaving office.

“There are one or two issues that need to be traversed in order to ensure that all political parties are of the same mind in terms of speeding up that parliamentary process,” he added.

Thabane’s spokesman Relebohile Moyeye said by telephone that Thabane would respond to the statement on Tuesday.

“I can’t confirm if the PM agrees with all that’s in the communique … I will only know his take tomorrow,” Moyeye said about whether or when Thabane plans to quit as premier of the tiny kingdom, which lies in a South African mountain range.

South African diplomats stepped in to try to calm tensions on Sunday, a day after Thabane sent soldiers and armoured vehicles onto the streets of Maseru to restore order against what he said were “rogue national elements”.

Gunmen shot and killed Thabane’s previous wife, Lipolelo, 58, on June 14, 2017. This year, police charged Thabane’s current wife, Maesaiah, with her murder, and also named Thabane himself — though he has yet to be formally charged in court.

The murder case has stunned citizens of Lesotho and plunged the country, which has experienced several coups since gaining independence from Britain in 1966, into political turmoil.

Though small and with a population of not much more than 2 million, Lesotho’s political upheavals often draw in its bigger neighbour, South Africa, for whom the kingdom’s mountains are an essential source of running water.

In 1998 at least 58 people and eight South African soldiers died and parts of Maseru were damaged in a political stand-off and subsequent fighting.