CNN sports presenter Aly Vance faces legal bill of more than £100,000 after losing court row with neighbours over right to park her Mercedes in front of her country home

A TV sports presenter is facing a £100,000 lawyers’ bill after losing a court row with her neighbours over the right to park her Mercedes in front of her country home.

CNN host Aly Vance and her media boss husband, Sebastian, sparked a war with next-door neighbours, Christopher and Carol-Ann Collerton, when they created a parking space in the front garden of their Berkshire cottage in 2015.

Whilst the Collertons were away in France, the media power couple removed a fence and hedge dividing their houses to make space for Mrs Vance’s red Mercedes to get though to the new parking area.

But the move led to a fierce row between the well-heeled neighbours, with both couples angry about where the others parked.

High Court judge, Mr Justice Kerr, has now ruled in favour of the Collertons and left Mrs Vance and her husband facing a court bill of well over £100,000. 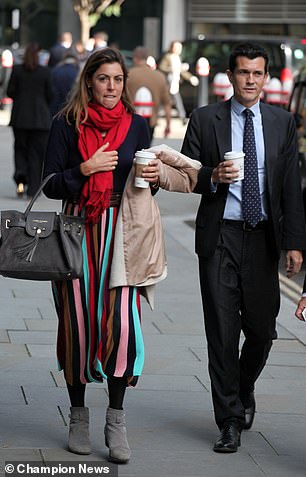 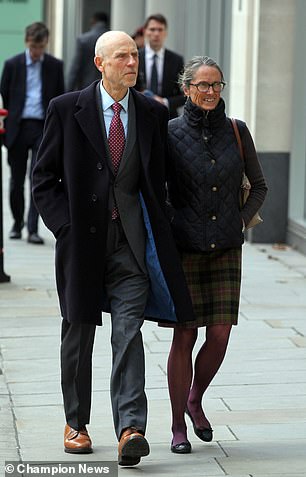 Neighbours at war: Aly and Sebastian Vance (left) have been locked in a legal battle with their neighbours Carol-Ann and Christopher Collerton (right) over a driveway near their homes 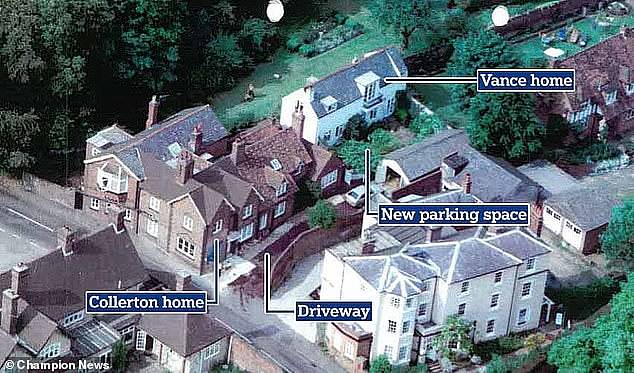 Dispute: The couples fell out over a shared driveway which one couple own and the others want to use to get to a parking space outside their home

The decision means their parking space is effectively land-locked, as they have no right to park a car at their house, and will have to find somewhere off-site to leave their vehicles.

The court heard the Collertons, who run a sports website, moved into their six-bed £1.5m home in Taplow, near Maidenhead, in 1995.

They were ‘on good terms’ with the couple then living in the cottage behind their house and ‘no disputes arose’ before the Vances moved into the white-washed £500,000 property said the judge.

The dispute erupted when, in early 2016, with the Collertons in France, the Vances removed the fence and hedge separating the properties to create access to their garden for a parking space. 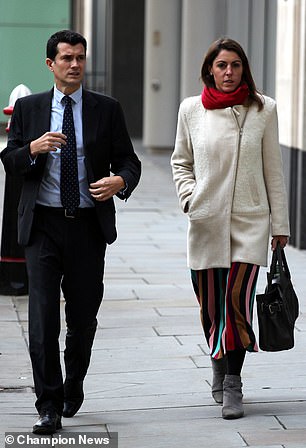 Picking up the tab: The Vances now face a huge legal bill after losing a County Court case and an expensive High Court appeal

The problem arose because the Collertons own the drive which leads to the Vances’ cottage and had until then had parked their Peugeot at the end of it, blocking access to the new parking space.

Instead, with the dispute looming, they began parking at the entrance to the drive, which Mrs Vance insisted interfered with her right to drive down the alley.

She said, with the Collertons’ Peugeot at the mouth of the drive, it was too dangerous for her to drive in and, together with her husband, took their neighbours to court.

At Central London County Court last year, Judge Nicholas Parfitt ruled that the Vances have a right of way over the Collertons’ drive only for unloading and loading a vehicle- but not for parking.

The separating white picket fence which they removed was jointly owned and so they had no right to take it away and would have to pay to put it back, the judge found.

Mr and Mrs Vance appealed against the decision, adding to the spiralling legal costs, as they gambled on trying to get their access to their parking space back.

But High Court judge Mr Justice Kerr dismissed their appeal this week, saying the decision that the fence was jointly owned was ‘an appropriate finding’ for the county court judge to make. 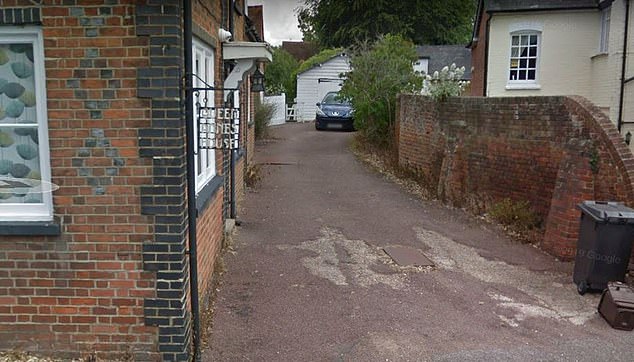 Battleground: The Vances are angry the Collertons’ park their Peugeot outside their home

Having dismissed the appeals, the judge ordered Mr and Mrs Vance to pay their own legal bills, as well as the bulk of the Collertons’ lawyers’ costs.

He ordered them to stump up £80,000 up front, pending an assessment of the final bill, which will run well into six figures.

Prior to her TV career, Mrs Vance represented Britain in the modern pentathlon and was a formidable horsewoman, once fighting her way back from a broken neck to compete in the 2008 Horse of the Year Show.

Mrs Collerton, 61, is herself an accomplished sportswoman, having been a world-class rower who once represented Britain.

Speaking after an earlier hearing, when asked how much the case had cost, Mrs Collerton said: ‘Much too much.’