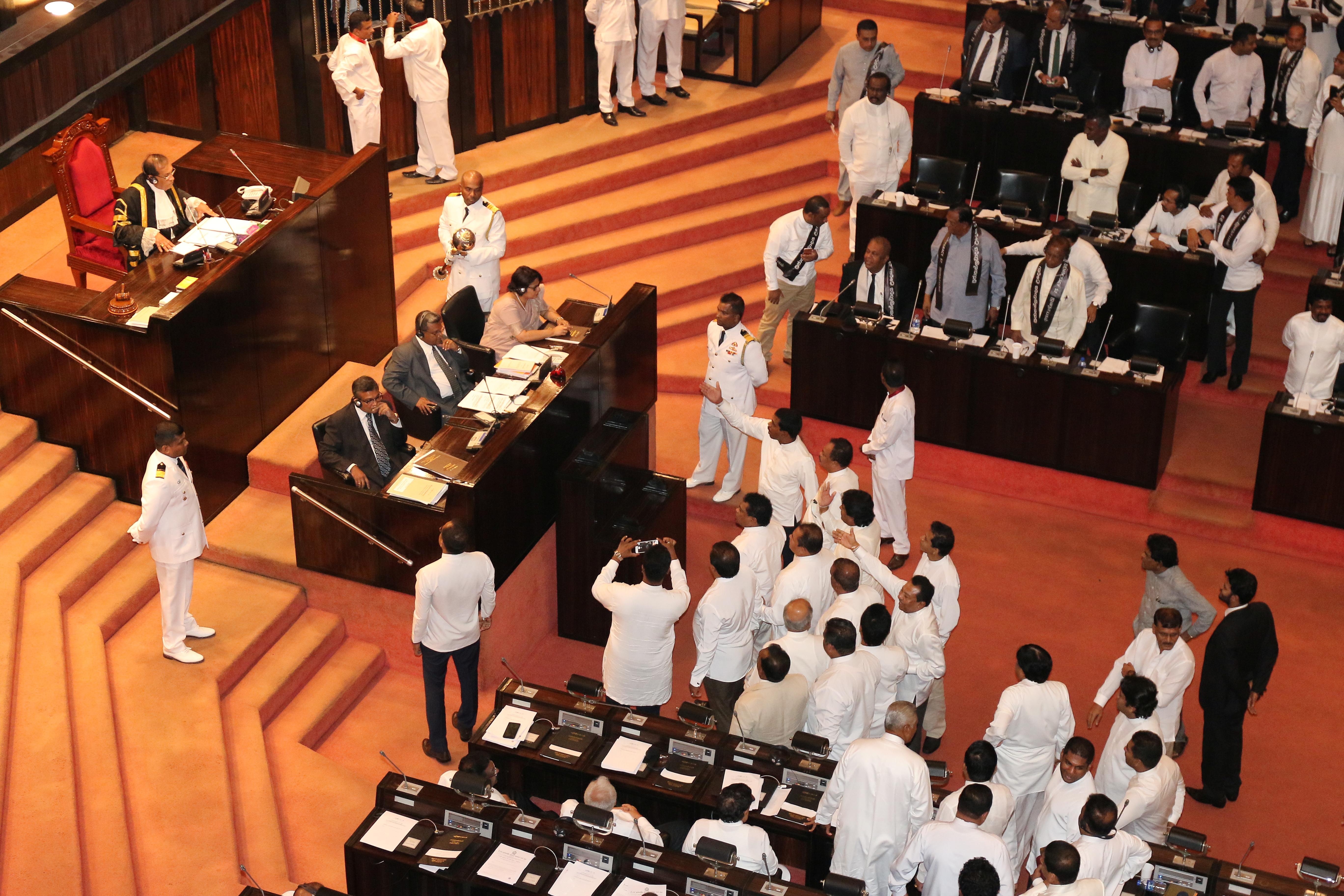 Deputies from Rajapaksa’s party rejected the voice vote as illegal, saying it wasn’t scheduled and that the pro-China former strongman would remain in office.

It wasn’t immediately clear what President Maithripala Sirisena, who triggered the crisis by firing Prime Minister Ranil Wickremesinghe and naming Rajapaksa to the job last month, would do now.

Government officials said there was confusion about who was in charge.

“We need cabinet approvals to go ahead with large value projects,” one told Reuters. “We don’t know if a cabinet exists or not.”

Sirisena dissolved parliament last week and ordered elections as a way to break the deadlock but the Supreme Court ordered a suspension of that decree on Tuesday until it had heard petitions challenging the decree as unconstitutional.

Wickremesinghe, who had refused to vacate the prime minister’s residence, said he intended to discharge his official responsibilities now that he had proved his majority in parliament.

Speaker Karu Jayasuriya said the no-confidence vote against Rajapaksa was supported by 122 members of the 225-member house.

But Rajapaksa’s son Namal, who is also an MP, said the vote had not been put on the day’s business and hence was not valid. Father and son left the chamber before the vote was taken and their supporters shouted slogans in support.

The instability in the island nation of 21 million people has raised concerns for its tourism-dependent economy, already expanding at its slowest pace in more than a decade.

On Wednesday, the central bank unexpectedly raised its key policy rates, a move aimed at defending a faltering rupee as foreign capital outflows picked up. But the currency LKR=LK, slid further to a record low.

Sri Lanka, located just off the southern coast of India, is also an arena of contest with China. Beijing invested billions of dollars in ports and other infrastructure when Rajapaksa was president, raising concerns in India about losing political influence in its backyard.

Rajapaksa, under whose rule Sri Lanka achieved its 2009 victory in a decades-long conflict against rebels from the Tamil minority, is seen as a hero by many among Sri Lanka’s Buddhist majority. He has been accused by diplomats of human rights abuses during the war, which he denies.

Wickremesinghe, who has sought to promote ties with India and the West to balance Sri Lanka’s relations with China, said he intended to do his job.

“We will now take steps to ensure that the government in place before the 26th Oct will continue. I wish to inform all government servants and police that you cannot carry out illegal orders from the purported government that has failed to demonstrate the confidence of the people,” he tweeted. 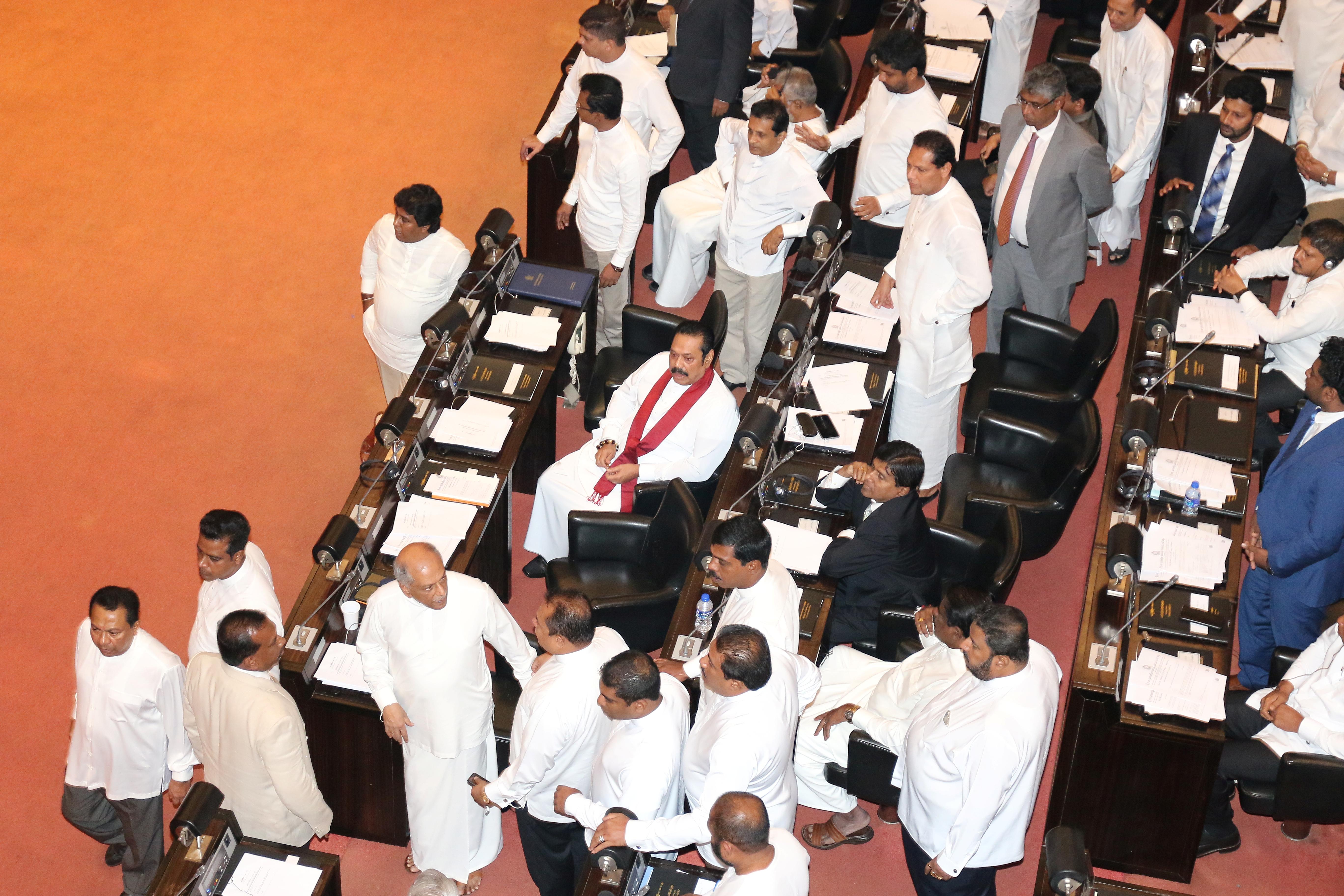 According to the constitution, the president has to appoint a prime minister who in his opinion can command the majority in parliament.

Sirisena has said he will never appoint Wickremesinghe as prime minister again.

The parliamentary speaker has called the president’s sacking of the prime minister to bring a former leader back to power a non-violent coup.

U.S. FAA requiring inspections for cracks on some 737 NG planes