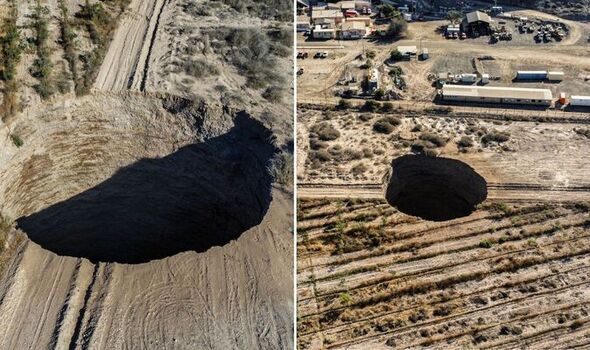 The sinkhole, which emerged on July 30, now stretches 50 metres (160 feet) across and goes down 200 metres (656 feet). Seattle’s Space Needle would also comfortably fit in the black pit, as would six Christ the Redeemer statues from Brazil stacked head-to-head, giant arms outstretched.

Reacting to the news about the sinkhole on Twitter, users joked about its nature, how it was formed, and what it might contain.

Someone with the handle @drewcifer09 posted a video of the cartoon characters Wile E. Coyote and the Road Runner, and commented: “That’s some ACME stuff right there,” referring to the fictional corporation appearing in various Warner Bros. cartoons.

Another user with the handle @bry_lfc7 speculated that the sinkhole could be linked to aliens’ existence, posting a gif of the science fiction sitcom Red Dwarf.

While @corybowles hinted at the existence of other mysterious creatures, posting a clip of Exogorth, the space slug from Starwars, emerging from the ground. 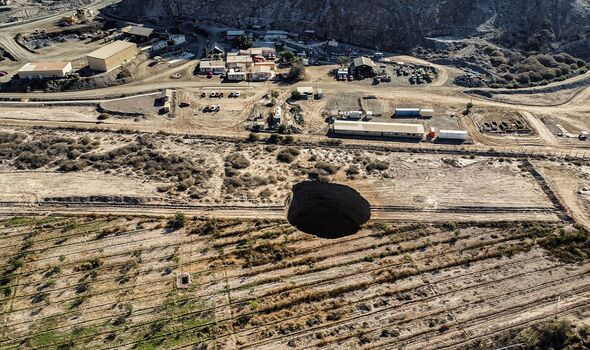 The National Service of Geology and Mining said late on Saturday it is still investigating the gaping hole near the Alcaparrosa mine operated by Canadian company Lundin Mining , about 665 km (413 miles) north of Santiago.

In addition to ordering all work to stop, the geology and mining service said it was starting a “sanctioning process.” The agency did not provide details on what that action would involve.

Lundin did not immediately reply to a request for comment.

The company last week said the hole did not affect workers or community members and that it was working to determine the cause. 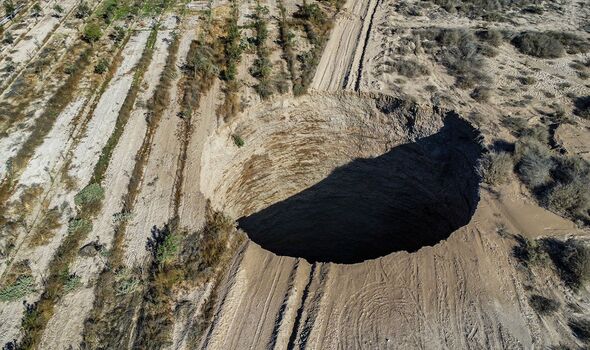 Lundin owns 80 percent of the property and the rest is held by Japan’s Sumitomo Corporation.

Initially, the hole near the town of Tierra Amarilla measured about 25 metres (82 feet) across, with water visible at the bottom.

The geology and mining service said it has installed water extraction pumps at the mine and in the next few days would investigate the mine’s underground chambers for potential over-extraction.

Local officials have expressed worry that the Alcaparrosa mine could have flooded below ground, destabilizing the surrounding land. It would be “something completely out of the ordinary,” Tierra Amarilla Mayor Cristobal Zuniga told local media.